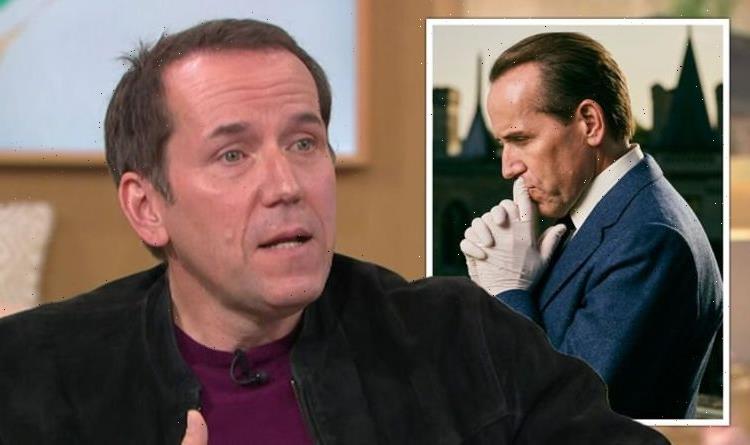 This Morning: Ben Miller admits to being 'ashamed' of his OCD

Death in Paradise and Bridgerton star Ben Miller is back on television screens in a leading role as Professor T, which airs on ITV from Sunday night. His first dramatic role as a leading man, Ben was excited to share details of the series and opened up on how he could relate to his character. Ben explained many might be surprised to learn that like his character, Professor T, he also has OCD.

“I suffered from OCD in my twenties and I’m one of the lucky people who had CBT, Cognitive Behavioural Therapy, and it really, really helped, it made it very manageable,” Ben revealed.

Ruth asked: “How did it present itself to you?”

“Lots of strange things,” Ben shared. “I used to have a very strange thing about touching doors before I went through and counting things constantly.

“The Professor is germaphobic, he’s obsessed with order and cleanliness.

“The interesting thing about his OCD, a lot of us who have OCD tend to try and hide it from people because we feel a bit ashamed, I certainly did anyway.

“The Professor makes no attempt to hide it whatsoever.”

OCD (Obsessive Compulsive Disorder) is described by the NHS as “a common mental health condition where a person has obsessive thoughts and compulsive behaviours”.

The medical body adds it can be “distressing and significantly interfere with your life, but treatment can help you keep it under control”.

Ben previously spoke about his health explaining he used his own OCD to apply it to the Professor.

“I’ve found these sequences – where in the Professor’s imagination he doesn’t have OCD and he’s free of all those behaviours – are a great way to show what’s going on inside,” he told Radio Times.

“Seeing somebody lining up items on a desk looks pretty innocuous but inside, that person can be a lot more complicated.”

He explained for himself, he thought “if I touched an object a certain number of times, then bad things won’t happen”.

Ben added: “There were crisis points when I decided to seek professional help.”

Impeccably dressed and meticulously punctual, he lectures daily at the Cambridge Institute of Criminology, teaching students imaginatively, if pedantically, about the science of crime.

Each evening, he returns home to his apartment, which is as sterile and systematically ordered as a science lab. Thanks to this strictly regimented approach, his OCD and germophobia are under control.

But Professor T’s buttoned-down world is slowly undone when he is persuaded by one of his former students, Detective Sergeant Lisa Donckers, to assist her in investigating a serial rapist who has started attacking young women again after a 10-year hiatus.

The Professor’s encyclopaedic knowledge of criminal psychology and his brilliant mind prove invaluable to the under-resourced CID team, but the cracks in his carefully constructed emotionless carapace also begin to show.

This Morning airs weekdays on ITV at 10am while Professor T debuts on Sunday at 9pm.