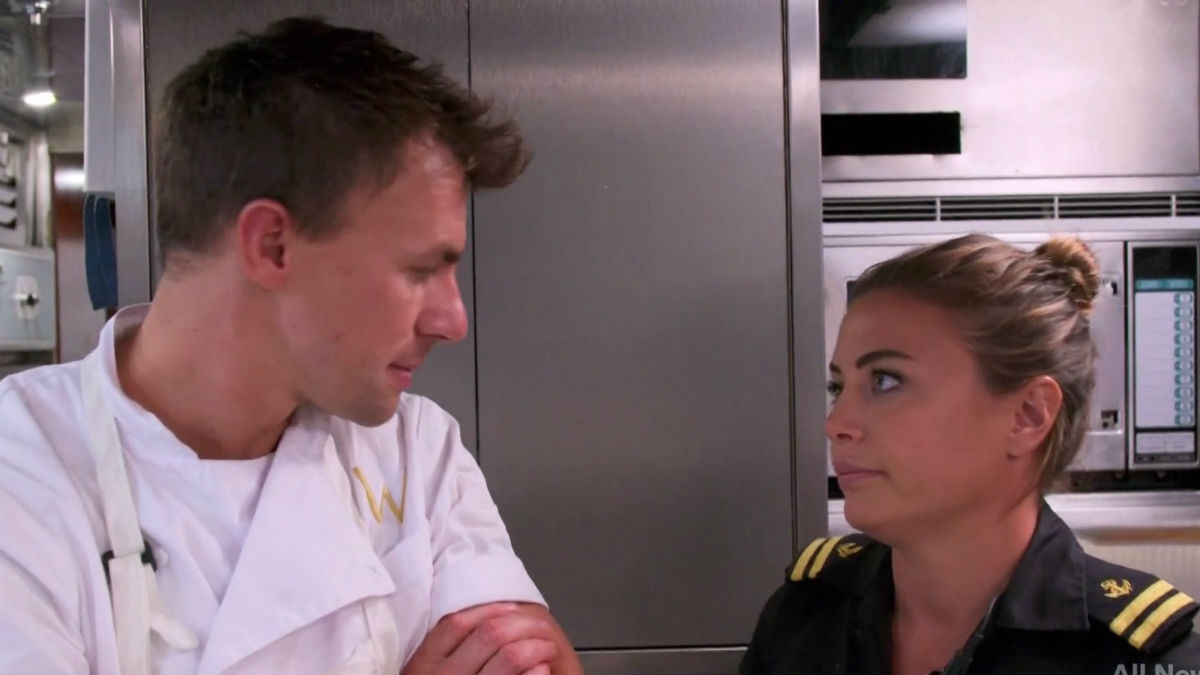 Why did Malia White and Tom Checketts break up? That is the question on Andy Cohen and Below Deck fans’ minds after Malia confirmed last week the Below Deck Mediterranean couple has called it quits.

The bosun appeared along with Captain Sandy Yawn for a virtual chat with Andy on Watch What Happens Live. Andy, of course, wanted details on what went down between Malia and Tom.

After all, fans had just finished watching Malia threaten to leave The Wellington and Bravo show if Tom walked off the yacht. Tom was having another meltdown over provisions, and Captain Sandy wanted Malia to stay out of the galley.

Andy said it best, “Boy. Times sure have changed.”

Malia is a single lady

Last week, Malia confirmed via an Instagram video she is single. She had previously alluded to Tom being a cheater in an Instagram Story but was reluctant to dish details.

On WWHL, Malia reiterated she and the British chef are no longer a couple. It was a surprise to Andy, who declared Tom and Malia were all over each other at the Below Deck Med Season 5 reunion show.

“This industry is tough. We work apart for a long time, and, yeah. There’s some bad apples out there,” Malia said.

The virtual chat took place around two weeks ago, according to Andy. Their breakup is recent because a couple of weeks ago, Tom posted photos of him and Malia on a visit to London.

Did Tom cheat on Malia?

Andy pressed the bosun for details on the split, even addressing the cheating allegations. The host bluntly asked Malia if she got a DM from someone else claiming Tom was now “her boo.”

“I don’t really want to get into it,” she said. “But…Tom and I are done. I’m single. That’s the downside of this industry. It’s really tough to work apart and work on these boats. Obviously, you’ve seen attractions happen, and things happen.”

There are a lot of questions surrounding why Tom and Malia broke up. Malia was guarded with her answers but alluded to being wrong about their relationship status when they were apart.

Malia is either taking the high road by keeping quiet or hiding something shady she did in the relationship. Tom isn’t much help in figuring out what went wrong. As of this writing, his Instagram and Twitter profile pictures are still of Malia and him.

Fans want answers regarding what went wrong with Malia White and Tom Checketts, but the former couple is keeping mum right now.

Below Deck Mediterranean airs Mondays at 9/8c on Bravo.