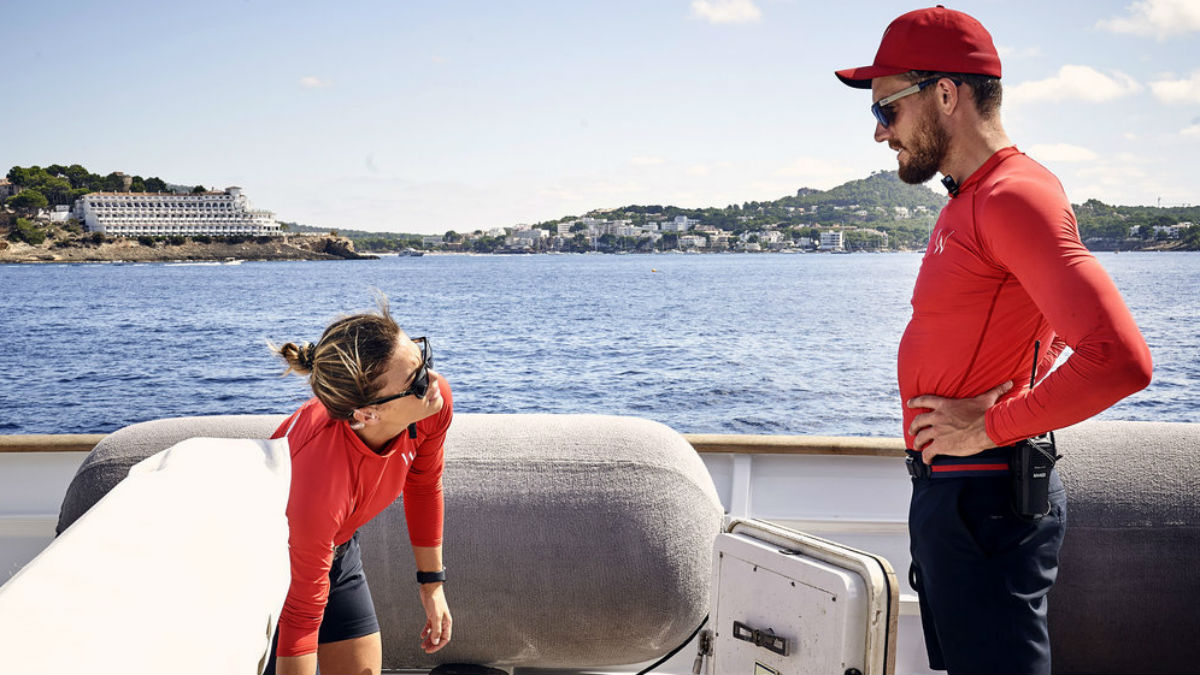 Rob Westergaard is opening up about his docking mishap on Below Deck Mediterranean. Malia White has weighed in as well.

The South African deckhand nearly caused a disaster while The Wellington was attempting to dock in Ibiza. Rob threw the stern line in the water three times, causing confusion, a delay, and tempers to flare.

It was the last straw in a list of things that showed Rob was not at his full potential. His relationship with Jess More and being in a party place like Ibiza was getting in Rob’s head.

Jess and Rob were no longer in sync. Things got worse for the couple – thanks to Aesha Scott.

The deckhand and bosun dished about what was going on with Rob during the Below Deck Season 5 After Show.

Rob reveals what first mate David said to him

Captain Sandy and Malia were upset with Rob, but the deckhand understands why they were angry. Rob explained that he was under a lot of pressure and he felt like an idiot for making such a rookie mistake.

Although viewers couldn’t tell on the Bravo show, Rob was fully aware of his error’s impact on the yacht. The damage that can be caused by such a docking mistake is enormous. Rob said he was in his head after the first stern line went into the water.

“Captain Sandy’s relying on the measures we take to secure the vessel,” he shared. “If it’s just gonna be floating around and doing its own thing, that could cause a lot of s**t, going into other boats. I was in my head. I just f**ked up big time. I know the consequences of this.”

“I know how to throw a heaving line; I just had a brain fart – three times. Like, leave me alone. It happens to the best of us,” Rob declared.

A post shared by Below Deck Mediterranean (@belowdeckmedbravo) on Sep 1, 2020 at 8:50am PDT

A post shared by Below Deck Mediterranean (@belowdeckmedbravo) on Sep 1, 2020 at 8:50am PDT

Malia expresses her opinion on the docking mishap

The bosun was less than thrilled with Rob’s error. Malia called it a rookie mistake and explained why she got so upset at the deckhand on the after show.

“That’s a thing on deck that’s like a rite of passage is your heaving lines, you get those heaving lines on the dock,” she said. “And if you don’t, if it falls in the piss once, then that’s usually a deck fine, meaning like a six-pack of beer. If it falls twice and then it falls a third time, that’s rookie. That’s a rookie, rookie error.”

Malia also admitted that she normally wouldn’t get so fired up. However, the heavy line was crucial for their docking in Ibiza.

She came down hard on Rob because things could have turned out drastically different due to his error. The deck crew simply can’t make those kinds of mistakes, and Malia let Rob know that is the case.

Below Deck Mediterranean airs Mondays at 9/8c on Bravo.