Captain Sandy Yawn from Below Deck Mediterranean had to make the tough decision to dismiss a few crew members last season and shared that firing crew is never a personal decision.

She admits that sometimes dismissals occur because of personnel shifts like what occurred with third stew June Foster. Foster took over the third stew role when Anastasia Surmava was promoted to chef after Yawn fired the original chef. But when Surmava became overwhelmed, Yawn had to make a decision about how to manage another crew shift. 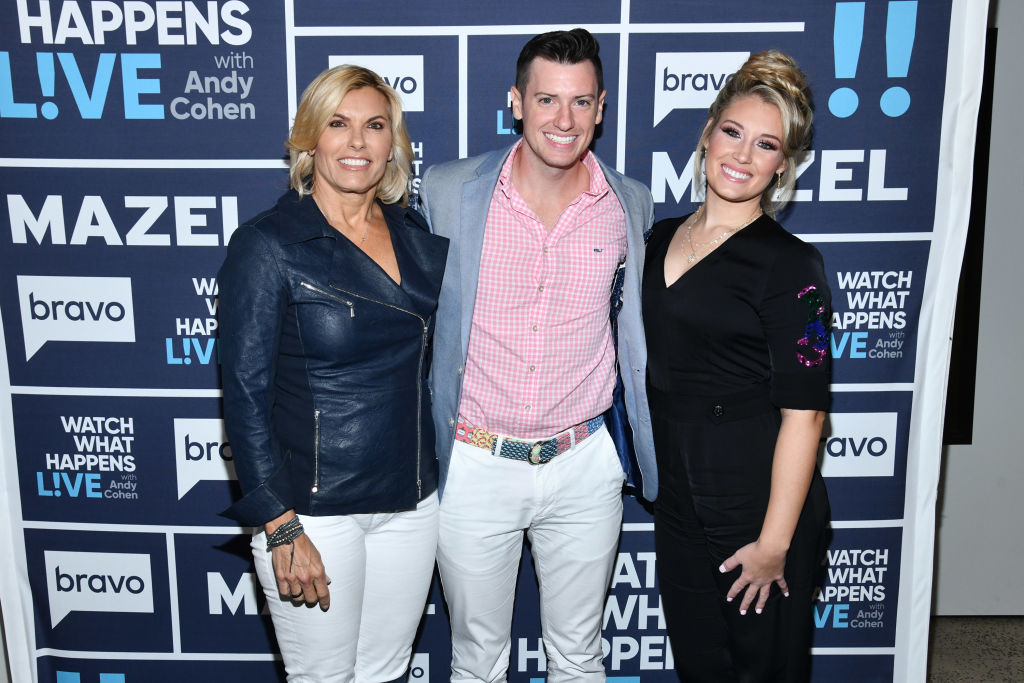 “This is not personal. You’re an amazing human being,” Yawn told Foster when she had to let her go, Bravo The Daily Dish recounts. “This is about I don’t have enough room to keep you, otherwise I would.”

She told The Daily Dish that conditions surrounding Foster’s dismissal just happen sometimes in yachting. “It’s not ideal that I have to let June go the day of the charter. I wish I had time to speak to June earlier, but I didn’t know if the chef was gonna land,” she said. “Sometimes this is how it goes in the yachting world.”

It’s also not about a relationship with the crew

On a number of occasions, Yawn has stated that she is not friends with her crew. Does she support and mentor them? Yes. But she maintains a professional working relationship with her crew. So when Daryn Carp from Reality Check asked about Yawn telling chief stew Hannah Ferrier she could have fired her long ago, Yawn said it wasn’t a personal conversation.

“It’s really not about a relationship,” Yawn says. “It is, ‘Is Hannah doing her job.’ Right? What has Hannah done? For me, I’m there to support them. I’m not there to be their adversary. I need a team.”

The game gets underway when #BelowDeckMed RETURNS Monday @ 9/8c!

“I need to deliver a level of service,” she continues. “And hey listen, I could have fired Hannah, over and over again. But I chose not to because I believe Hannah really wants to be there. Some people want to be there for the paycheck. Some people have passion about it. Hannah has made it known she’s not passionate about yachting. She wants a baby!”

While she’s mentored and appreciates her crew she makes it clear she’s not friends with them. When Decider asked about her friendship with bosun João Franco last season she joked about his drunk alter-ego Jezabob.

“Well, I didn’t see Jezabob,” she said. “Maybe he did this so I would see him working all the time, but I don’t think so because you can get the vibe of someone. He wants to be a captain. His career is in yachting. He’s made that clear, just like Wes [from Season 2].” Adding, “However, João is great. I don’t want him in my friends, you know what I mean? Like, he’s 30. I’m 54. I want him to feel supported and I want to see him succeed and I love that.”

May we just go back to one of the best pictures ever taken!?🙌🏼😊 real people doing a real job! I made some real friends here! @colin_macyotoole – my boy😎 and jack- love you buddy! @benstogram – an honour mate. #realitytv #belowdeck #belowdeckmed #dreamteam #bravotv

She added, “With João, I helped him get a job. I told the owner, do not let him go to sea as captain. You need to put someone with experience because if you’re just sitting in a shipyard working on a boat all the time, you’re not getting that experience at sea.”

“You need to know how to solve problems,” she continued. “You need to know not to rely on your team. With João, from what I’ve witnessed, is he tries to do everything. You’ve got to figure out a finesse where you want the crew to want to do this for you. So how do you do that? Well, I have that formula. He needs to learn it.”