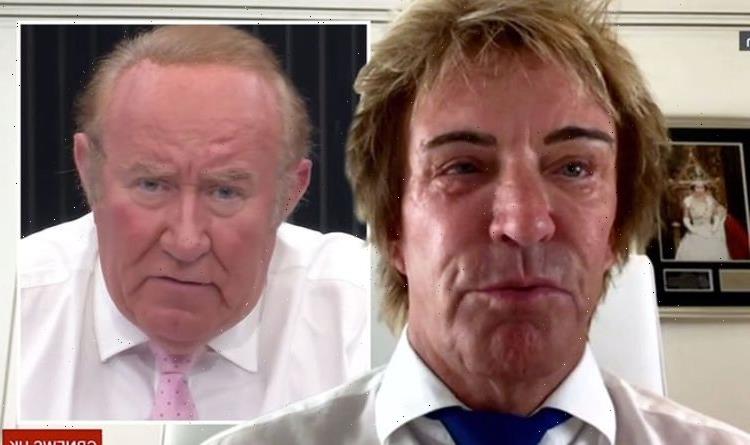 Charlie Mullins says UK should have ‘no jab no job’ policy

GB News launched with a bang on Sunday as the likes of Andrew Neil, Dan Wootton, Kirsty Gallacher and co have been providing viewers with an all-new take on the day’s latest news headlines. However, the new channel hasn’t come without its controversy, with over 350 Ofcom complaints lodged against Wootton for comments made in his debut show and a number of companies deciding to stop advertising on the network following social media backlash. However, this “panicking” and boycotting by certain companies won’t last long according to Pimlico Plumbers boss Charlie Mullins, who told Express.co.uk he’d be “over the moon” to see his business advertised on the channel.

With the channel still less than a week old, already a number of companies have decided they will not be continuing to air their ads during its broadcast.

Addressing why these brands may have come to such a decision, Charlie weighed in with his thoughts: “I can’t answer for them, I think it’s just teething problems and they’re panicking but I can’t know the answer why they’re pulling out.

“Maybe they’re under pressure from other places, I really don’t know, but I see it as a winner, I really do.” 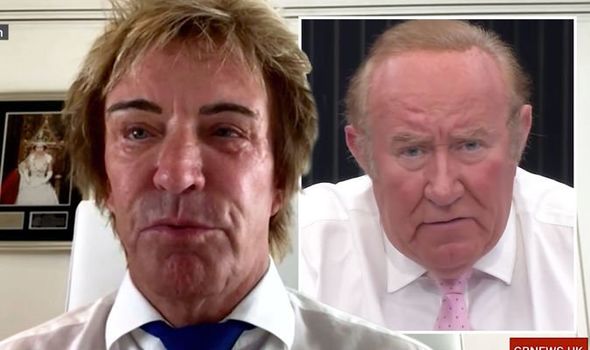 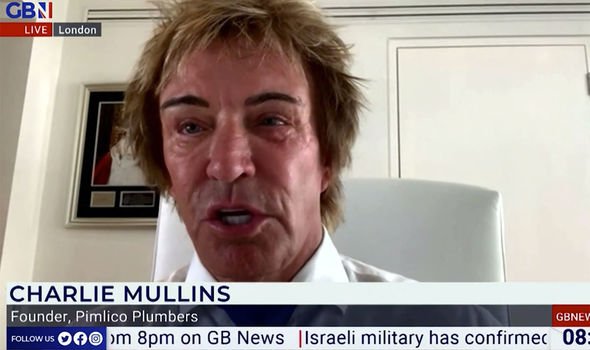 He continued: “You know, I’ve had different feedback from people. I’ve had some people say, ‘ahh, it’s bad, technical problems, etc.’ And I’ve had people like myself, that say it’s amazing.”

Charlie also discussed the current “unhappy” environment social media can be and how people use these platforms to push issues like the advertising boycott rather than the “real” problems.

“You know we’ve also got a lot of unhappy people about,” he said. “The fact that this lockdown thing has not all been released, and a lot of people who haven’t been on holiday etc.

“We’re not a happy nation at the moment and we start thinking where a problem is, and sort of start dealing with that rather than real problems.” 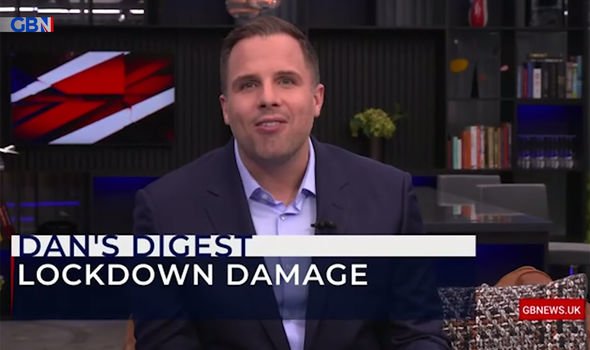 Despite the mass boycott, the businessman is adamant those who’ve cut ties with GB News will soon return should the channel prove a success.

“I mean, surely these advertisers that are pulling out have got to look at the viewing figures, that’s what really matters and the type of people that view it.

“Once it settles down, you know, I’m pretty convinced it’s gonna be very, very popular and I’m convinced these advertisers will go back to it.

But how would Charlie feel about seeing Pimlico Plumbers take the space of one of these companies who’ve packed their bags?

“I’d be over the moon,” he said before revealing: “I mean, to be perfectly honest, my next phone call after this will be to our marketing department.

“And let’s see what if we can do business with them.”

Charlie himself has already made an appearance on GB News, speaking on the Great British Breakfast show earlier this week.

The businessman has argued ever since the vaccine rollout began that jabs should be mandatory for all employees in order to ensure the safety of customers, staff and the population as a whole.

Debating the issue after plans for care home workers to face compulsory jabs, he said during his time on the show: “Why would you put elderly people at risk or vulnerable people at risk just because a few people are not prepared to have the jab?

“They keep going on about human rights and all this nonsense, the world’s changed.

He added at the time: “I know it’s not what people wanna hear but we need to stop pussy-footing around – it’s the only option we’ve got at the moment.”