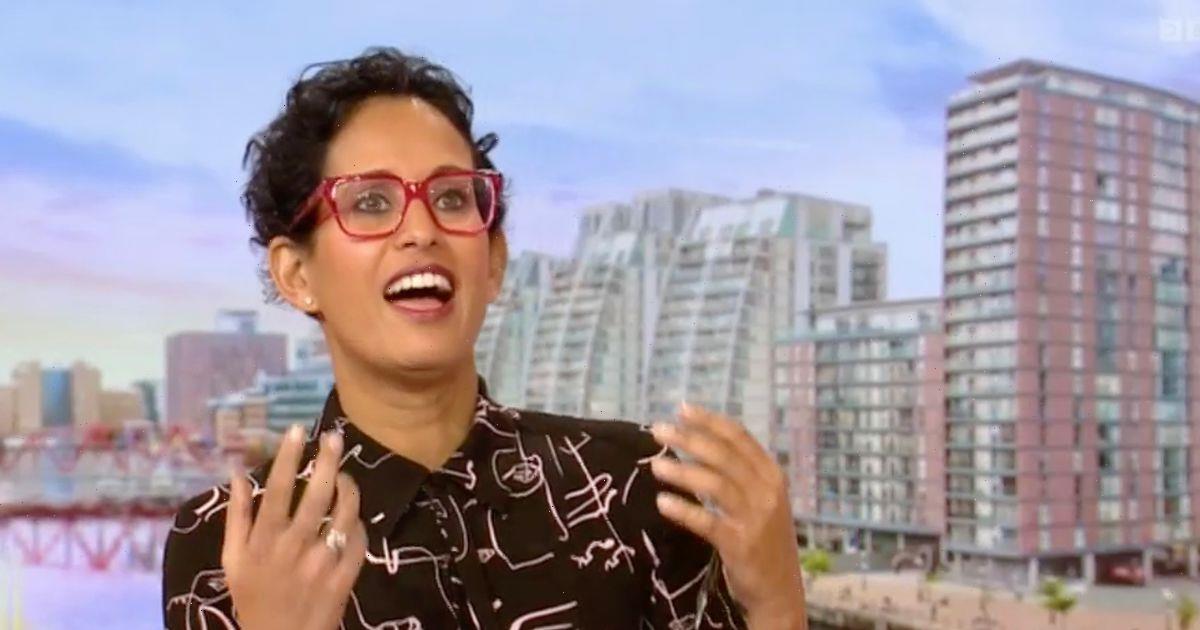 Naga Munchetty was one of the first to join in on sharing a message of congrats to her BBC co-stars after they shared their happy news.

The BBC Breakfast host jumped online to share her support to the happy couple after it was confirmed that two BBC employees would be getting married.

Nick Buckley, the lead television news director at BBC News announced in a sweet post that he had popped the question to Karin Giannone, a main presenter on BBC World News.

The duo posed together as Karin showed her ring to the camera after a stroll on the beach.

Friends immediately fawned over the pair to share their congratulations, including BBC co-stars, with Naga sharing her own response hours after.

Naga wrote: "Congratulations! x", which was liked by both Nick and Karin.

The BBC Breakfast host had also liked the tweet as she showed support for the happy couple, with many other BBC workers also chiming following the tweet.

Meanwhile Sally Bundock, who also works alongside the pair on BBC News, wrote: "Fabulous news… well done you :-))," which saw Nick respond: "Thank you for keeping the secret!"

It's happy news across the BBC team with multiple employees showering the pair with nothing but congratulations, including many notable names and faces from the BBC News broadcast team.

BBC World News hosts a variety of presenters on its panel on a daily basis, but Karin often takes the seat to present the latest news to the wide variety of viewers.

Her co-stars include the likes of Kasia Madera, Philippa Thomas, Tim Willcox, Maryam Moshiri and many more.

Meanwhile, Nick stays behind the camera as the lead television news director, a role which he has had since July 2014, as stated on his LinkedIn.