Mike Bushel spoke to Dexys Midnight Runners’ trombone player Jim Paterson on Monday ahead of the iconic pop band’s performance at the Commonwealth Games’ closing ceremony in Birmingham. Unfortunately, his attempts at dancing to the chorus of Come on Eileen left his colleagues Ben Thompson and Sally Nugent cringing back in the BBC studio.

Mike and Jim’s awkward dancing left Ben with his head in his hands after his interview in Birmingham.

“I know you wanted to warm up for the closing ceremony,” Mike said.

“And I mentioned to Jim that Come on Eileen became my iconic Strictly dance.

“Dug me out of a hole basically. So we were going to do a few moves together, weren’t we?” 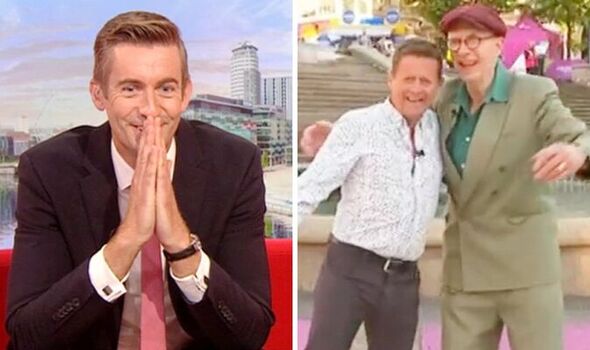 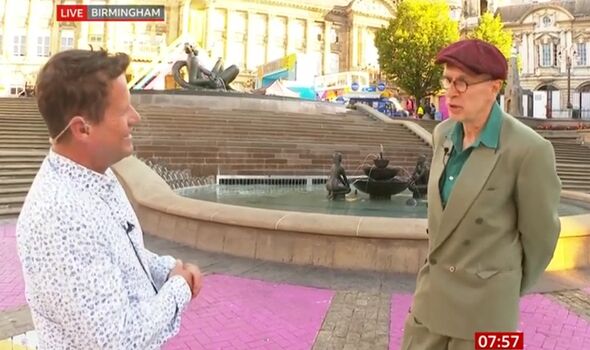 Dexys trombonist Jim reluctantly shuffled his legs while Mike kicked his feet out and sang the “Too-Rye-Ay” chorus.

Mike’s microphone cable immediately started swinging around after it came loose during the dance.

They finished off with a hug as Mike assured: “There’ll be proper dancing tonight, I promise.”

Back in the studio, Sally scolded: “He’s already lost his microphone!” 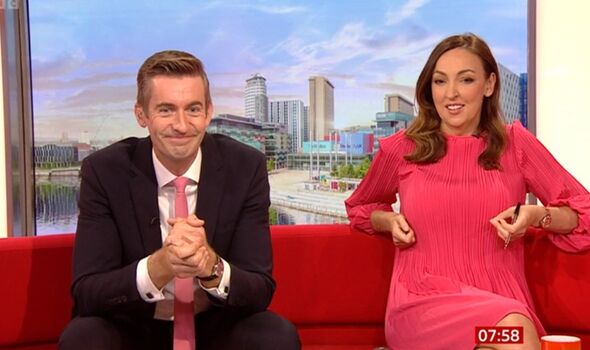 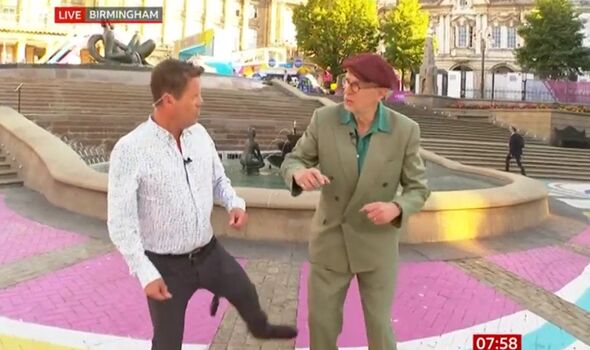 When the show cut back to the studio, Ben was visibly embarrassed and was holding his hands up to his face.

“It’s just great, thank you both!” Sally added as Ben shook his head.

“Mike will be joined by more special guests,” he said. “We can’t promise any dancing.”

But Sally interjected: “I think we can pretty much guarantee dancing!”

Dexys Midnight Runners are just one of a number of well-known acts hitting the stage for Monday’s closing ceremony.

They’ll be performing with the likes of Beverley Knight, Goldie and Musical Youth at the Alexander Stadium.

The upcoming ceremony will also pay tribute to one of Birmingham’s most successful creations, the BBC drama Peaky Blinders.

Audiences will also be treated to a preview of theatre show Peaky Blinders: The Redemption of Thomas Shelby, which premieres in the city next month.

The ceremony will close with a formal handover to Victoria, Australia, which will be hosting the games in 2026.

BBC Breakfast airs weekdays from 6am on BBC One.