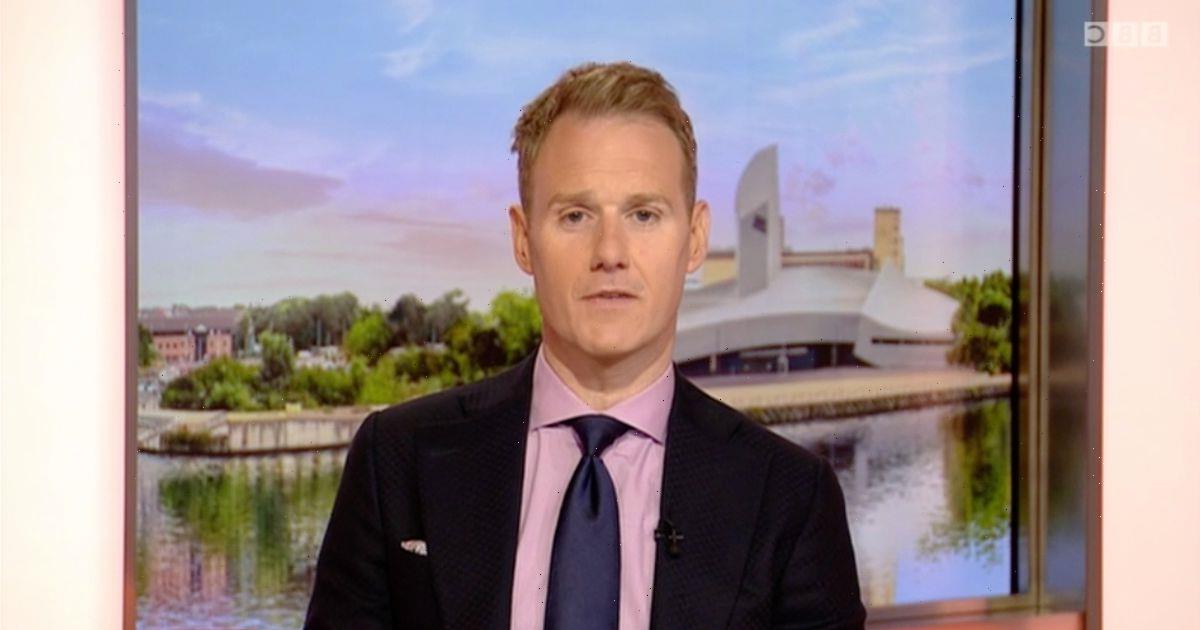 BBC Breakfast fans found themselves distracted from the news of the day – by host Dan Walker's socks.

Though the morning programme was stuffed full of football news after England beat Germany in their Euros match, fans' eyes were instead drawn to Dan's strange wardrobe choice as he hosted in the studio alongside Louise Minchin.

Dan could be seen sporting a pair of pink socks with a white pattern, which some fans suggested could be a Hello Kitty motif.

Viewers took to Twitter to wonder what exactly was on Dan's socks, with one writing: "@BBCBreakfast Dan, what have you got on your socks?!"

Someone else posted: "@BBCBreakfast love the socks this morning Dan!"

"Is [Dan] wearing Hello Kitty socks?" another viewer wondered, as a fourth penned: "Dan is allowed his holiday socks in the studio."

Dan is no stranger to funky footwear, as he regularly shows off his colourful sock collection on his social media pages.

His Instagram account is littered with examples of his fun socks – most recently a navy blue pair embellished with colourful flowers, which he captioned: "Flashing the florals this morning. What do you think?"

From bright yellow numbers to "sofa camouflage" Christmas socks, Dan is never far away from a bright pair of foot warmers.

Fans were left confused by one of Dan's odd fashion hacks while he was showing off a pair of socks back in January, as they noticed he likes to tuck his laces into his shoes.

"Interesting methodology with the laces Dan, health and safety in mind….." one fan commented on social media at the time, as another echoed: "What's going on with the laces?"

Dan was quick to clear up any confusion, as he explained: "For those asking… yes laces are tucked in. It stops the trousers hanging on the shoe."

Elsewhere in the programme on Wednesday, a huge on-air blunder sent Sally Nugent, Louise and Dan spiralling into chaos.

Sally was positioned outside Wembley Stadium to discuss England's football win, alongside some cardboard cutouts of Harry Kane and Raheem Sterling.

But when the wind caused Raheem's cutout to fall over, it ended up knocking Sally's microphone off in the process.

"Bear with me!" Sally said as she bent to pick the fallen footballer over. "Raheem's just taken a tumble – I hope we haven't hurt him!"

Back in the studio, Dan Walker and Louise Minchin had to quickly cut in to salvage the situation, with Dan telling Sally: "Oh no, your microphone! Sal, if you can hear us-"

Louise chipped in: "Something's happened to your microphone."

"Raheem has de-mic'ed you," Dan explained, while his co-star quickly quipped: "All we can do is hope that [the match] goes a lot better than that!"