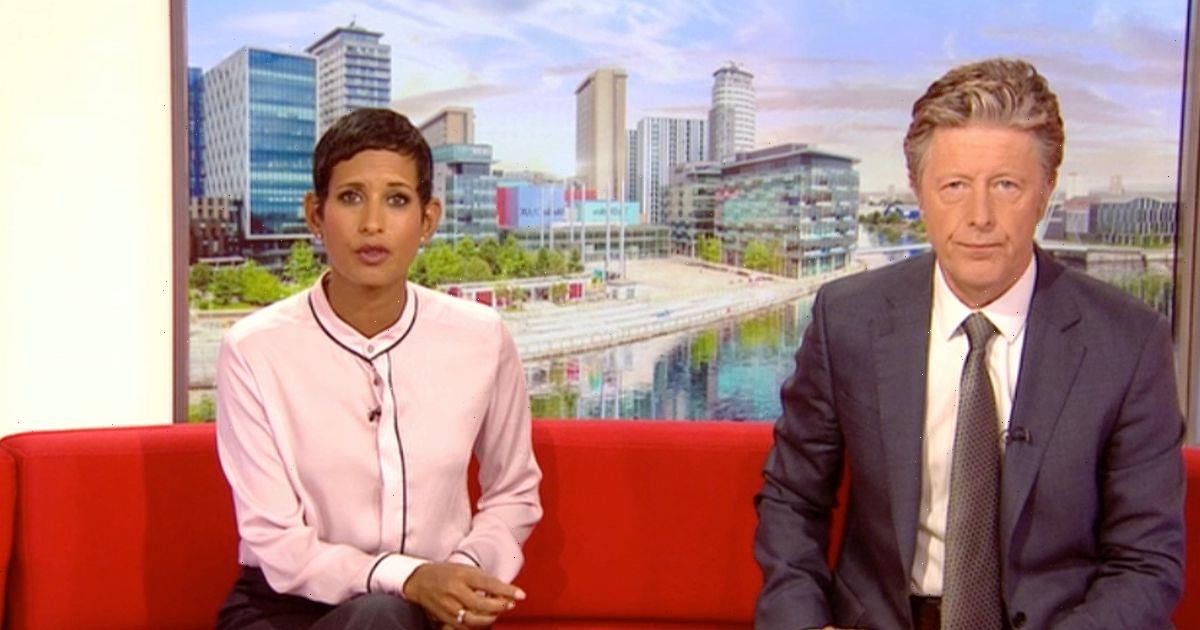 BBC Breakfast fans were left begging presenter Naga Munchetty to join the line-up of the new Gladiators revival after she donned a historic outfit on the red sofa.

Naga and her co-presenter Charlie Stayt were chatting to Kim 'Lightning' Betts and Sharron 'Amazon' Davies from the programme, with Lightning bringing in some examples of her costumes to share with the hosts.

And Naga couldn't resist donning part of her old costume as she collapsed into giggles on the couch, wearing a bright red padded vest before strapping herself into the helmet.

Revealing her new look to fans, Charlie couldn't help but laugh at Naga's antics as her expression was a picture of innocence.

"This is Kim Bett," Naga explained. "Known as Lightning, of course, we've got Sharron Davies known as Amazon."

Kim told Naga: "That looks awesome by the way, you look totally ready."

She went on to explain that Naga's costume was the original from the show, telling the hosts: "That is the one I wore on Gauntlet on every filming. And these hats as well, and the tracksuits. I've got all the international badges too.

"So what you see is what I wore on the TV show."

Charlie's attention soon turned to a glittery scarlet bra, as he told viewers: "Including, the eagle-eyed viewers will have spotted the special top, the bra?"

As Kim joked: "Yeah, no I won't tell everyone that you've already tried that one on."

Never one to be left out, Naga chimed in: "You did! You did try it on!" as Charlie giggled: "That's exhibit A."

Naga then donned a padded red helmet, with her microphone slightly muffled by the thick costume, as she revealed: "It's not that padded!"

Kim explained that the softer helmet was used for the lower-impact games, while she kept a hard hat in reserve for those that might hurt her head.

Fans immediately flocked to Twitter to share their love of Naga's new look, with one penning: "Is [Naga] secretly hinting she wants to be on the reboot of Gladiators?"

Another eager viewer gushed: "Just turned on BBC Breakfast and wow, @TVNaga01 take a bow, can't wait to see you in the celebrity version!"

"Naga's Gladiator name would have to be Iris, the Greek goddess. Iris is represented either as a rainbow or as a beautiful young maiden with wings on her shoulders," a third chimed in.