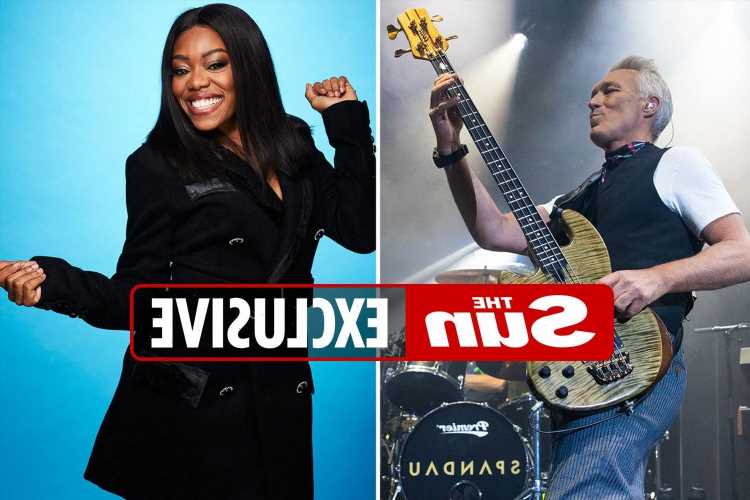 BBC bosses have wasted no time in trying to fill the gap left in the schedules after Simon Cowell put The X Factor on ice.

I can exclusively reveal BBC2 have created a new series called Rock Of Ages, which will see amateur musicians from the Sixties and Seventies come together to make two new bands. 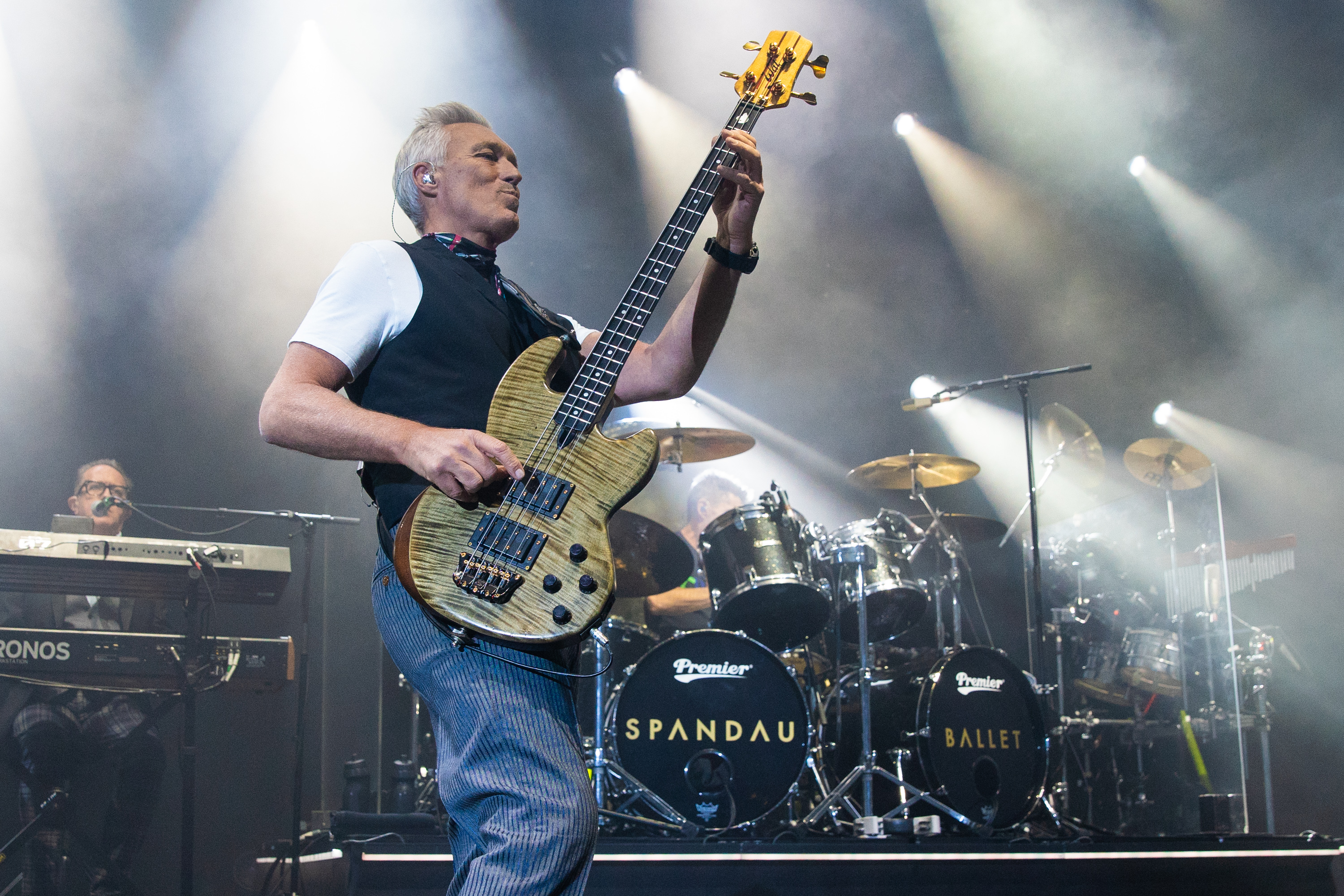 And they’ve got Spandau Ballet legend Martin Kemp and rapper Lady Leshurr on board as mentors to help the groups work on their sound and image.

A telly source said: “Rock Of Ages is a fun, feel-good show a bit like The X Factor but without the drama.

“Filming starts this month and at the moment it’s pencilled in to air in September.

“Martin and Lady Leshurr will be helping to choose who works best for each band, and will be dishing out advice and experience from their time in the industry.

“It’s a really exciting new series and it’s the perfect fit for BBC2.” 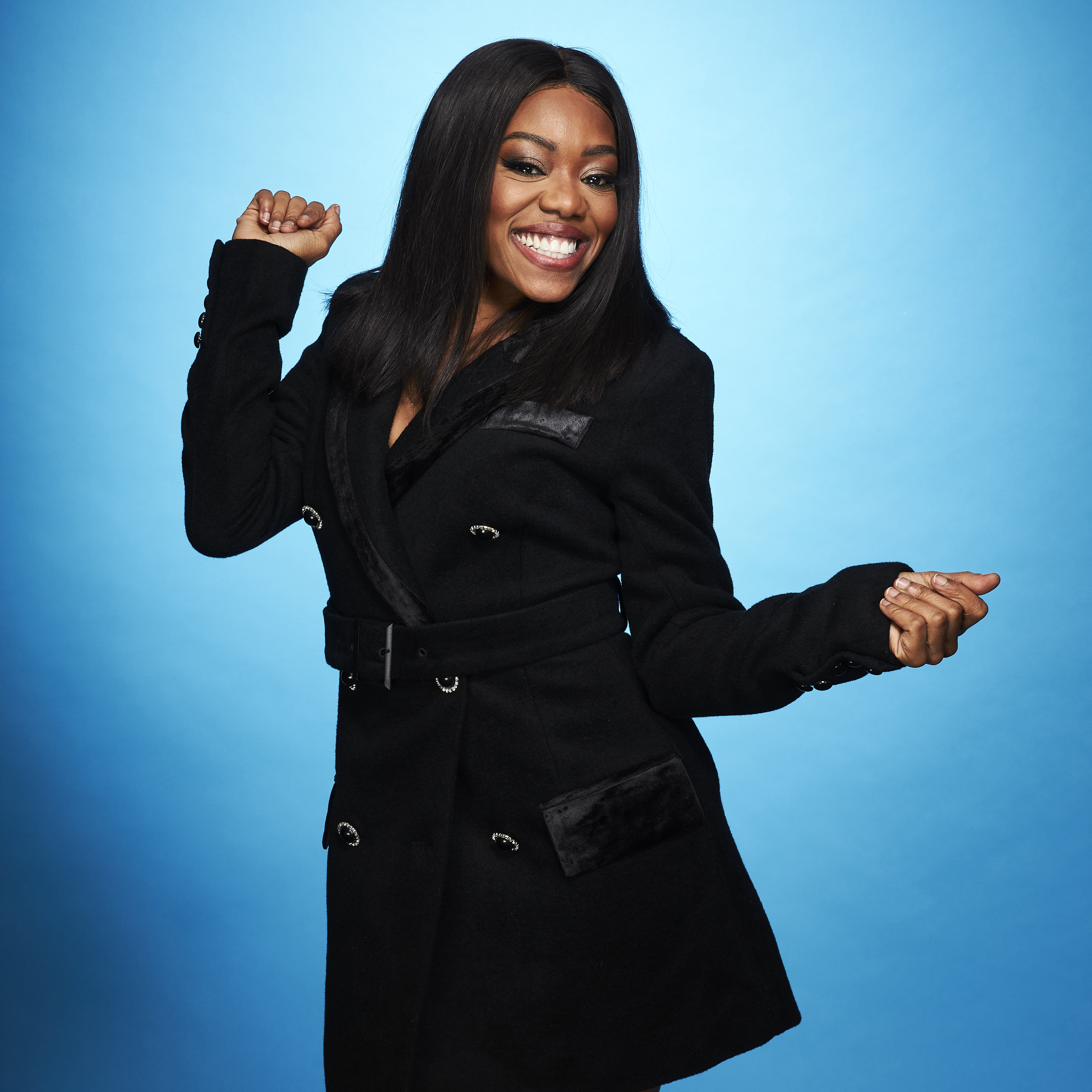 Covid restrictions permitting, the bands will go on to play September’s Isle of Wight Festival.

I’ve not seen anything like Rock Of Ages before, but I can think of plenty of people who’d tune in.

And given how awful the past year or so has been, we all need some light-hearted fun.

READ ON FOR MORE OF ROD McPHEE'S BIZARRE TV COLUMN

FILMING the new series of Death In Paradise is clearly gruelling work for star Ralf Little. It must be exhausting snapping that clapper board as he reclines in a hammock in the tropical sunshine.

Fortunately he has new cast member Shantol Jackson to help him as the cameras start rolling on season 11 of the BBC1 crime drama. 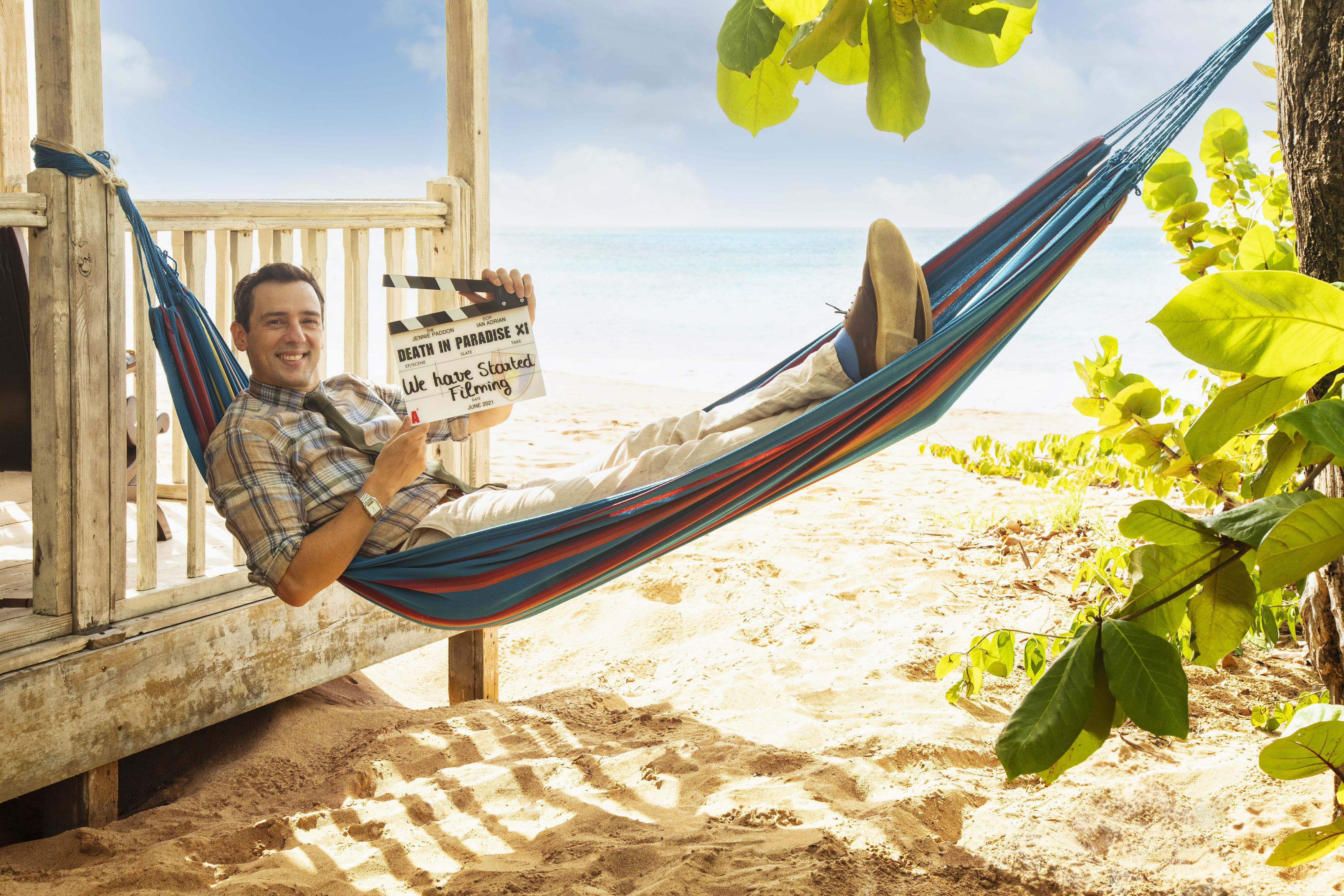 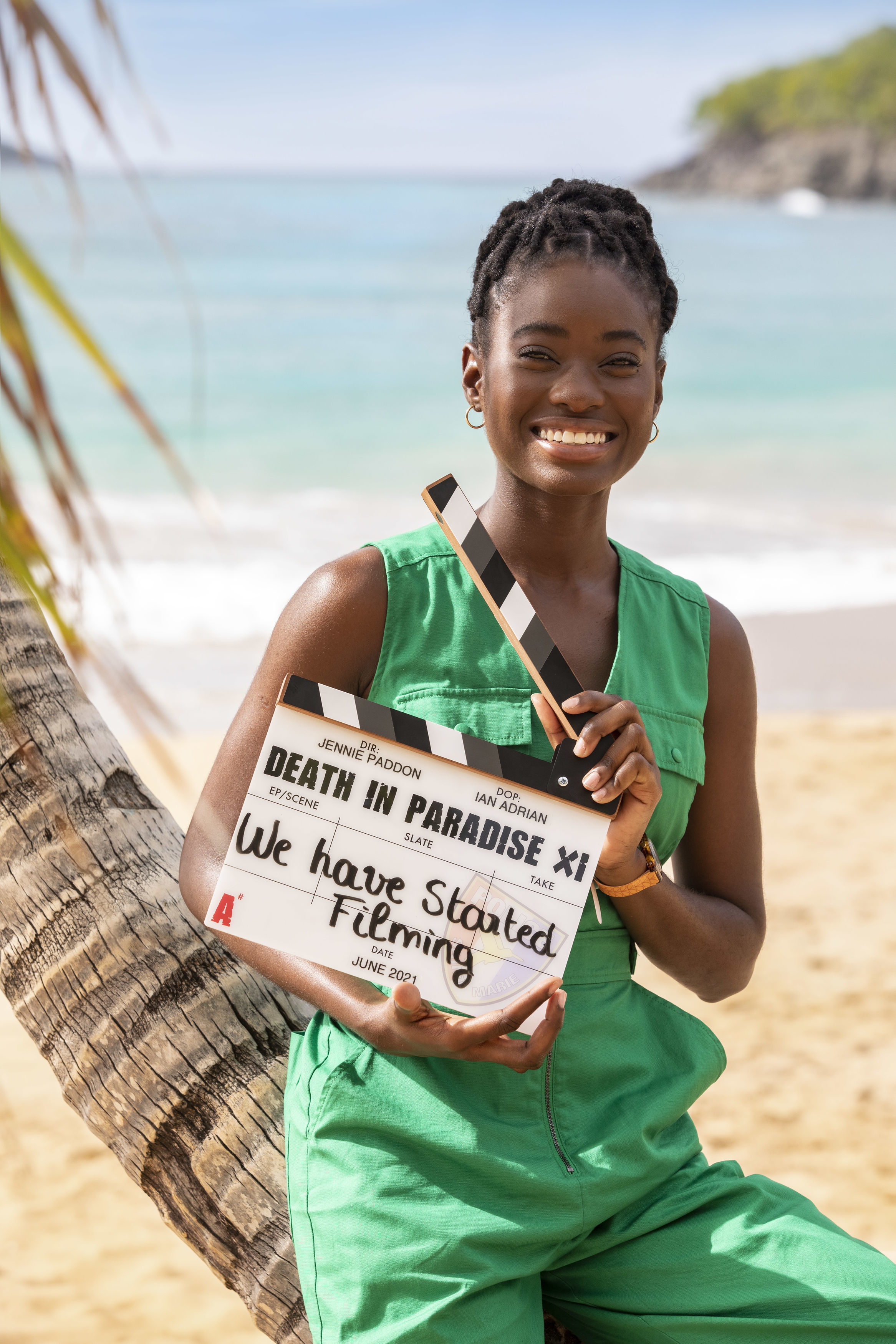 Ralf reprises his role as DI Neville Parker for the third time, after taking on the part for the first time in 2019.

And he’s proved a hit with viewers, with the show getting over six million viewers when the tenth anniversary episodes aired earlier this year.

Can’t get Outen my undies

MONTHS after badly injuring herself on ITV’s Dancing On Ice, Denise Van Outen’s boobs are still proving to be too much of a handful.

She’s admitted that since fracturing her shoulder 48 hours before the first live Dancing On Ice show in January, she’s had to rely on boyfriend Eddie Boxhall to lend a hand with her underwear. 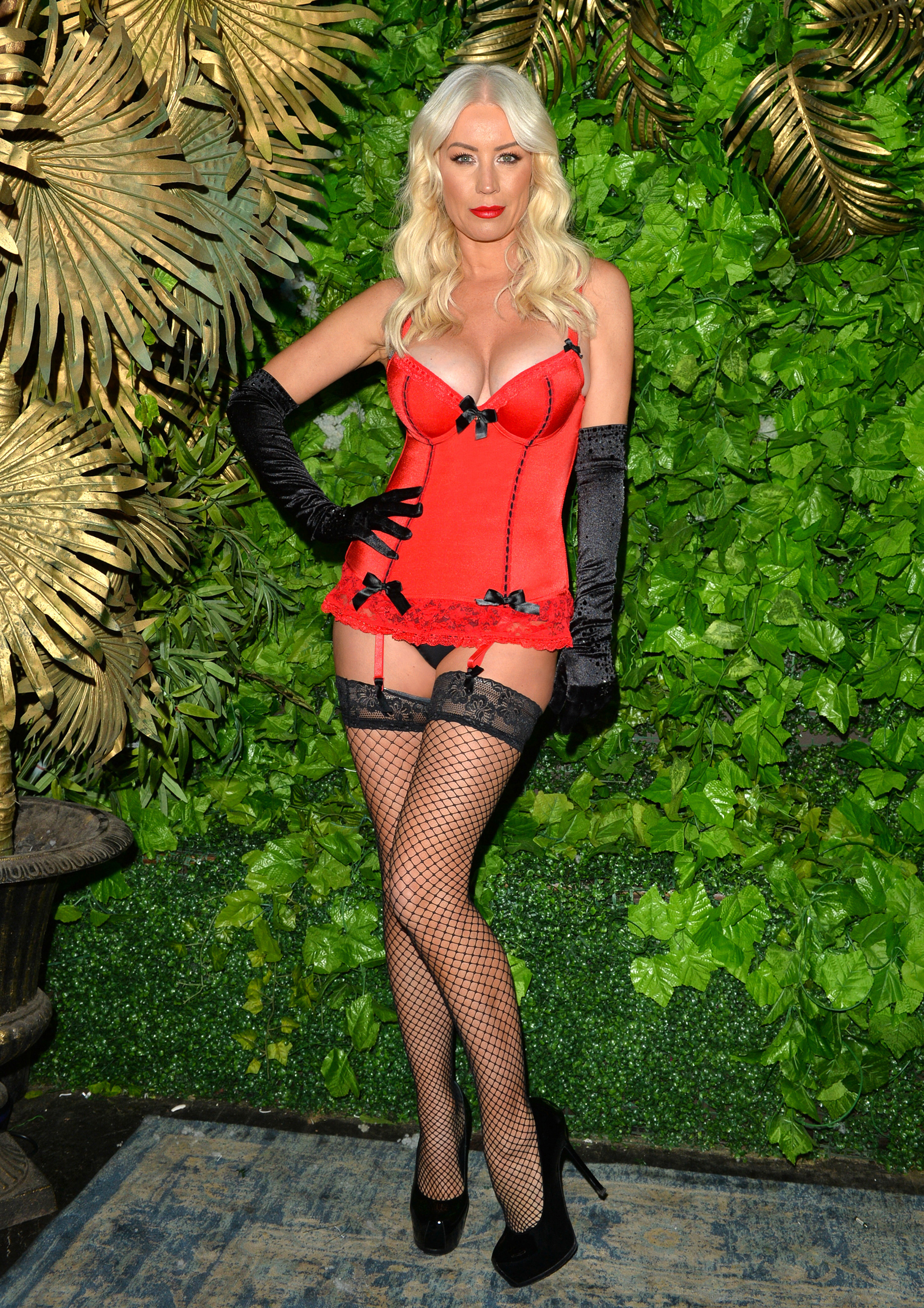 Denise, who’s in Cabaret All Stars at Proud Embankment in London from May 28, said: “I can’t take my own bra off. I have to keep asking Eddie.

“In fact, I’ve not been able to take my bra off or put my bra on since January.

“I think we’re getting to the point where I have a bit more movement, so hopefully I’ll be able to dress myself pretty soon. But we’re not quite there yet.”

I’m sure Eddie is happy to oblige.

FROM the makers of Love Island and immersive storytelling brand unrd comes I’ve Got A Text! It’s a new interactive mobile app featuring a fictional cast based on the ITV2 show and a drama-filled plotline. The app is available for pre-order today via the Apple App Store and Google Play Store.

Will Corn be sweet to Gord?

AFTER a few locals grumbled about telly chef Gordon Ramsay spending lockdown in the West Country he famously joked: “I can’t wait to see my f***ing neighbours in Cornwall.”

Well, he’s stayed true to his word – returning to the county where he has a second home to film an episode of his Future Food Stars for the BBC. Only this time he’s extended an olive branch to people in the area. 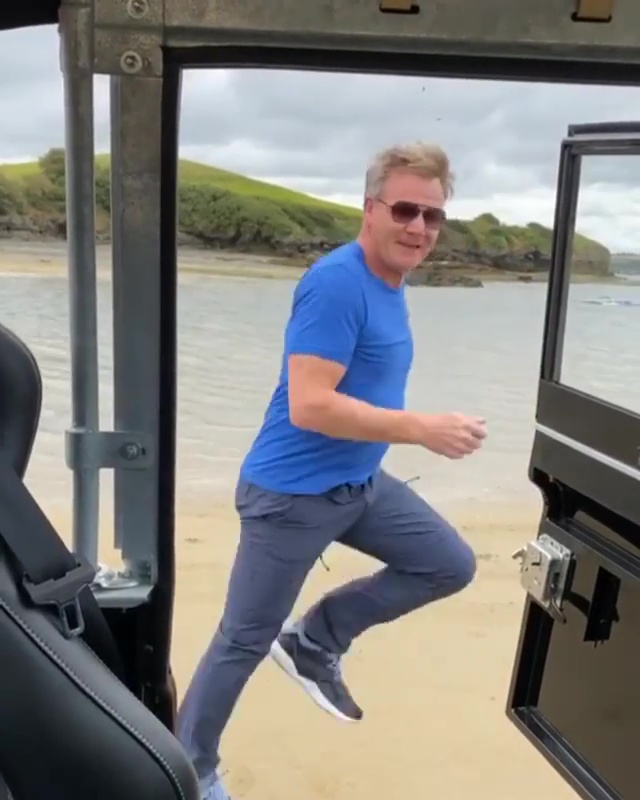 Yesterday the show’s creators, Studio Ramsay, invited locals down to Lusty Glaze Beach in Newquay to try out some of the food created by the competitors.

And their opinions on the grub contribute to the overall result for the contestants, who’ll have the added pressure of being observed by the audience of locals.

I reckon the kitchen hardman is softening with age . . .

THE Rap Game will return for a third series next month on BBC iPlayer. DJ Target, Krept and Konan return as mentors, but this time it will feature new locations in Manchester plus a new £20,000 prize and mentor scheme to help the winner create, launch and promote new music.

Les: Make my life a misery

HE’S done everything from gameshow host on Family Fortunes to serious actor on Coronation Street.

Now Les Dennis – who appeared in comedy Extras in 2005 – fancies a sitcom where he plays the opposite to his cuddly public image.

Speaking on the Corrie podcast, Conversation Street, he said: “I would love that. Doing Extras with Stephen Merchant and Ricky Gervais was such a joy and it was such a reinvention for me.

“Now I think a grumpy Les would be great.

“Everybody in the business says, ‘Oh, Les Dennis is so lovely,’ but I have my grumpy side and I’d love to play that.”