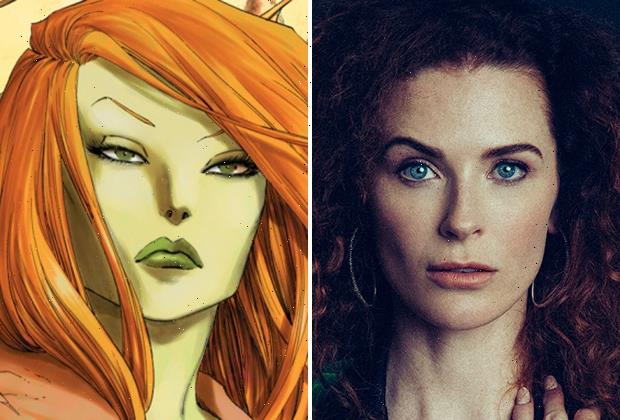 After raising hell on Jane the Virgin, Bridget Regan is returning to The CW by way of Gotham City.

The actress has been tapped to play Pamela Isley, aka Poison Ivy, when Batwoman returns for Season 3 this fall. A former botany student at Gotham University, Isley is described as a “passionate, brilliant scientist with a mind for changing the world for the better.”

Her plans changed, however, when Isley’s colleague experimented on her and injected her with various plant toxins, transforming the botany enthusiast into the infamous Batman villain Poison Ivy.

“With a formidable power coursing through her veins, Pamela used her powers to do what she thought was right… even if Batman and those closest to her disagreed with her dangerous methods,” per the official character synopsis. “Now effectively wiped off the board for years, Batwoman and the Bat Team must prepare themselves for Poison Ivy to return with a vengeance.”

Regan is among several new faces poised to join the CW series next season, which premieres Wednesday, Oct. 13 at 9/8c. Robin Givens has joined the cast as Jada Jet, a business tycoon and Ryan Wilder’s potential birth mother. Law & Order: Organized Crime‘s Nick Creegan has also been added as Marquis Jet, Jada’s son and Ryan’s potential brother. Plus, Gotham’s Victoria Cartagena is set to play Renee Montoya, the same DC Comics character she played on the Fox series — but not necessarily the same TV character. (It’s never been suggested that Gotham and Batwoman are in any way connected.)

Original cast member Dougray Scott, who plays Kate Kane’s jailed father Jacob, will not be returning next season. Don’t expect to see Kate Kane, either: Showrunner Caroline Dries confirmed to EW that Kate’s story concluded at the end of Season 2.