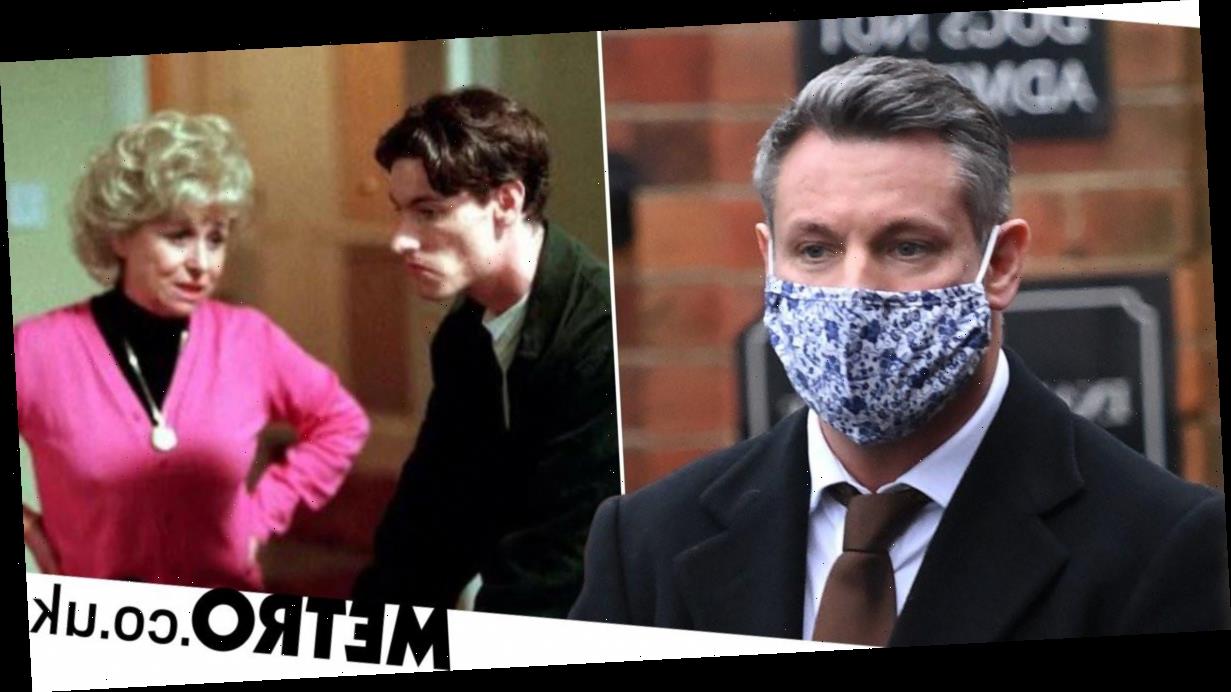 On Friday, late EastEnders and Carry On icon Dame Barbara was buried at Golders Green Crematorium in London.

The actor, who was diagnosed with Alzheimer’s disease in 2014, died at a care home in the English capital last year.

While several of Dame Barbara’s loved ones gathered yesterday to pay their respects to the star, Dean – who first played Robbie Jackson on EastEnders in 1993 – was unable to join, reports say, as current coronavirus restrictions meant there could only be 30 people in attendance.

According to The Sun, Dean was turned away from the ceremony when he arrived wearing a dark suit, brown tie and floral-patterned face mask.

Other celebrities in attendance at the funeral included David Walliams, Matt Lucas and Ross Kemp, who played Grant, the son of Dame Barbara’s character Peggy Mitchell, in EastEnders.

There were three cars in the funeral procession at the ceremony, each carrying large floral tributes to the dame.

In the car bearing the actor’s coffin, a red and white display spelling the words ‘Babs’, ‘The Dame’ and ‘Saucy’ could be seen.

When Dame Barbara’s death was announced last year, her husband, Scott Mitchell, released a heartfelt statement in honour of his wife of 20 years.

His statement read: ‘Her passing was from Alzheimer’s dementia and Barbara eventually died peacefully and I spent the last seven days by her side.

‘Myself, her family and friends will remember Barbara with love, a smile and affection for the many years of her love, fun, friendship and brightness she brought to all our lives and the entertainment she gave to so many thousands of others during her career.’

Scott said that the final weeks of Dame Barbara’s life ‘were typical of how she lived her life’.

‘Full of humour, drama and a fighting spirit until the end,’ he stated.

‘It was not the ending that Barbara or anyone else living with this very cruel disease deserve.

‘I will always be immensely proud of Barbara’s courage, dignity and generosity dealing with her own illness and still trying to help others by raising awareness for as long as she could.’

Scott is raising money for Alzheimer’s UK – you can donate in honour of Barbara here.