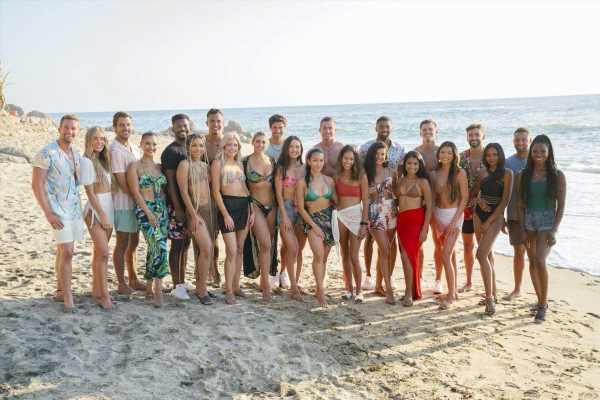 Many fans in Bachelor Nation hope Tahzjuan Hawkins is the star of a future season of The Bachelorette. Find out what fans like so much about the Bachelor in Paradise alum. Plus, we weigh the chances of Tahzjuan becoming the next bachelorette.

Tahzjuan joined Bachelor Nation during season 23 of The Bachelor. She didn’t hit it off with Colton Underwood, as Tahzjuan was eliminated during week 1.

Later, Tahzjuan appeared on season 6 of Bachelor in Paradise. She entered paradise in week 3, went on one date, and was eliminated briefly after. She returned to paradise for season 7 and hit it off with Tre Cooper from Katie Thurston’s season of The Bachelorette. Ironically, Tahzjuan dated Tre’s uncle before joining the season 7 cast of BiP.

Tahzjuan is one of the most relatable people on this season of Bachelor in Paradise and Bachelor Nation is making it known. “Tahzjuan should be the next bachelorette,” one fan wrote on Reddit. “She’s one of the funniest people to ever be on the show; she’s so likable and obviously stunning. I’m fully team Tahz for [The Bachelorette].”

Many other people agree with this fan and hope to see Tahzjuan star in a future season of the dating series. “She’s more real than anyone,” commented another Reddit user. “She’s so freaking funny that I’m sure even the producers couldn’t edit out her personality,” adds another.

Given the trouble Tahzjuan has with the heat in paradise — both seasons she started dripping sweat in a matter of minutes — Bachelor Nation wants to see Tahzjuan date 20-something hopefuls in [a] cooler locale. “If this happened, I’d love to see it set in a cold climate with lots of cold-weather activities to get her out of the heat,” suggested one fan. Tahzjuan’s intolerance of the heat is part of what makes her so relatable to fans.

Will Tahzjuan Hawkins be the next star of ‘The Bachelorette’?

According to Bachelor Nation’s spoiler king Reality Steve, Tahzjuan isn’t one of the contestants who ends up engaged at the end of Bachelor in Paradise Season 7. If Reality Steve is right, this could mean Tahzjuan is still single and looking for love.

Right now, some of Bachelor Nation is trying to figure out who the next bachelor will be. Greg Grippo — who some fans think could be the next star of The Bachelor — has some ideas. “Andrew S. is my guy,” Grippo said on The Viall Files. “He’s charming. He’s funny as hell. He is a handsome guy. We call him Michael B. Jordan in the house. That’s my vote.” If Spencer isn’t the next bachelor, Grippo could see Michael Allio as the show’s new lead.

For now, it looks like Bachelor Nation plans to continue to petition for Tahzjuan to be the next bachelorette. Stay tuned to Showbiz Cheat Sheet for updates on Tahzjuan and future seasons of The Bachelorette.