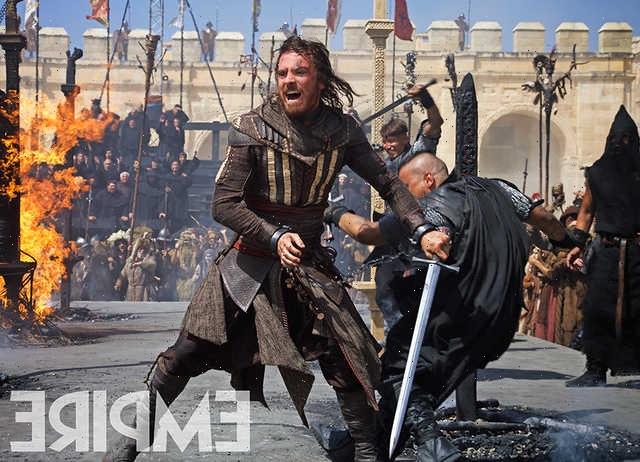 Assassin’s Creed, the 2016 film starring Michael Fassbender, may not have broken the video game curse, but now the same property is moving to television with a screenwriter who boasts an impressive action movie pedigree. Jeb Stuart, who co-wrote Die Hard and The Fugitive, among other films, has boarded Netflix’s new live-action Assassin’s Creed series.

Variety reports that Jeb Stuart will serve as writer on the new Netflix series, which is part of a development deal that could see future animated adaptations hit the streaming service as well. Ubisoft Montreal previously produced two animated short films based on the game.

Assassin’s Creed had its first shot at live-action in a three-part short film on YouTube in 2009. A feature film adaptation of the popular Ubisoft video game series followed in 2016. Fassbender played the dual role of Cal Lynch and his wily assassin ancestor, Aguilar de Nerha. The film holds a dismal 18% Tomatometer rating, so in terms of critical reception, at least, it would seem there’s nowhere to go but up.

Stuart has had an interesting career: Die Hard was actually his first script. He shared a writing credit on the film with Steven E. de Souza, but considering that it’s one of the most influential action movies ever made, that’s still a pretty sweet calling card. In the ‘90s, he co-wrote Another 48 Hours and The Fugitive and then branched out into serial killer thrillers with Just Cause and Switchback, the latter of which served as his directorial debut.

Every time a new film adaptation of a video game comes along, there’s always talk of whether this will be the one to, at long last, break the video game movie curse. We asked the same question earlier this year when the trailer for Mortal Kombat hit, and judging by the decidedly mixed reaction to that film (cards on the table: I haven’t seen it), it would appear that the first truly great video game movie has yet to be seen. Maybe we’ve been looking in the wrong place and Assassin’s Creed, the TV series, will be the screen adaptation that fans have been waiting for.