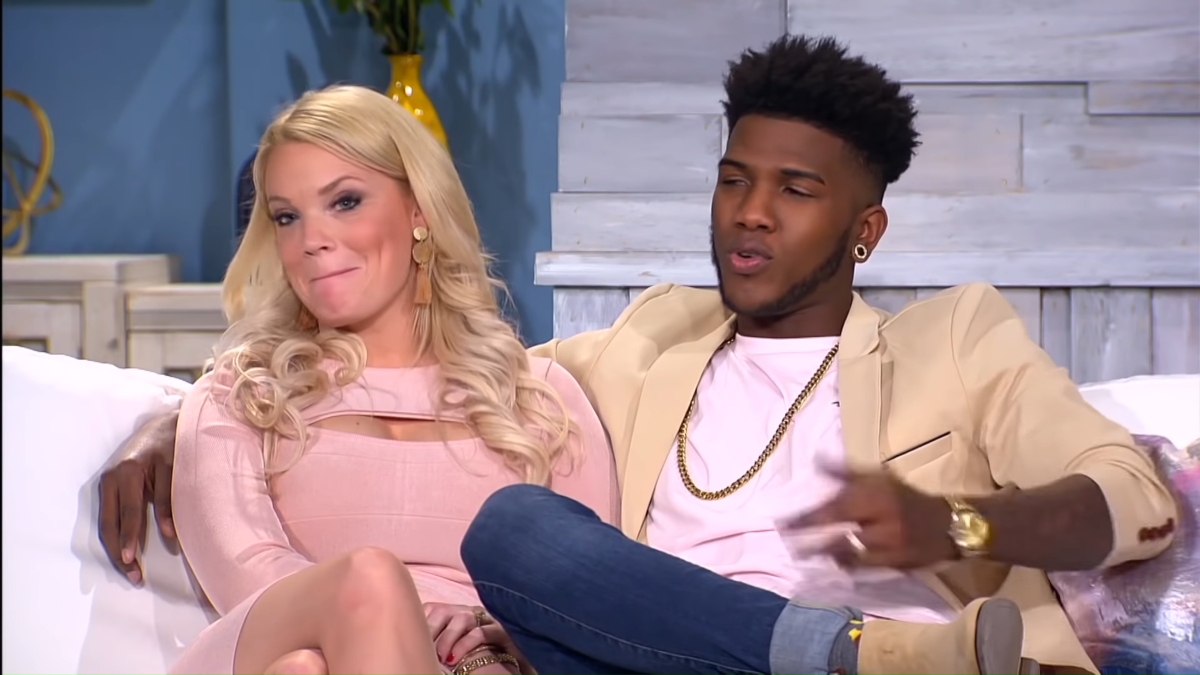 Ashley Martson has announced that she and Jay Smith are splitting up again. This time, the former 90 Day Fiance star claims that their break up will be for good.

Fans of the show already know that this is one of many break ups for the couple. The pair have split up and got back together again repeatedly since they were featured on Season 6 of 90 Day Fiance.

On the show, Ashley was seen telling a (former) friend that she didn’t care if Jay cheated on her. Well, it turns out that she really does.

Things seemed to be going really well for Ashley and Jay.

She has been going to cosmetology school and has been rocking her classes on hair braiding. Ashley even showed off her handiwork quite a few times and it looks like she’s found something that she’s really passionate about.

Likewise for Jay, who recently opened his own tattoo studio and, at least according to Ashley, he has been busy and booked ever since.

So what went wrong?

According to Ashley, nothing happened to lead them to this latest split. She said that she just can’t get over his cheating.

“Before the stories get all misconstrued I will just address it myself. Jay and I have made the decision to separate for good,” Ashley wrote.

She continued, “I thought I was stronger and more forgiving but I’m not. Sometimes when trust is broken, it just cannot be repaired. I wish Jay the best and we are both on the same page with this. No one cheated. No one did anything.”

Ashley takes the blame for ending the marriage, telling fans, “I simply couldn’t get over the past. I gave my all to this marriage and as I type this I’m heartbroken, this isn’t how I envisioned my future. We want to thank everyone who has supported us and were rooting for us. Have a good weekend everyone. To my close friends and family I’m sorry you’re finding out this way but I just don’t have the strength to talk about it. Please forgive me. #90dayfiance.” 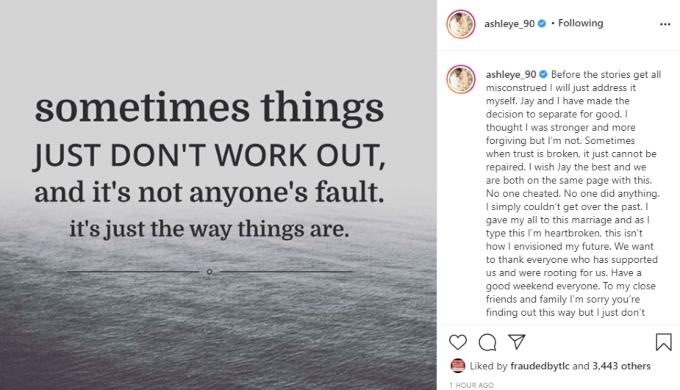 Ashley and Jay’s divorce announcement was a surprise

It wasn’t long ago that Ashley Martson was posting content to social media that made it look like she and Jay were blissfully happy.

She recently even talked about their plans to have a baby and revealed what would definitely cause them to divorce. It turns out that a divorce was looming anyway and it didn’t really take him doing anything at all to bring it on.

Since making her split announcement, it seems all traces of Jay have been removed from her account.

Likewise, Jay Smith’s Instagram has been wiped clean. He removed all the photos and didn’t comment at all on the latest divorce news.

90 Day Fiance is currently on hiatus and is expected to return for a new season later this year on TLC.