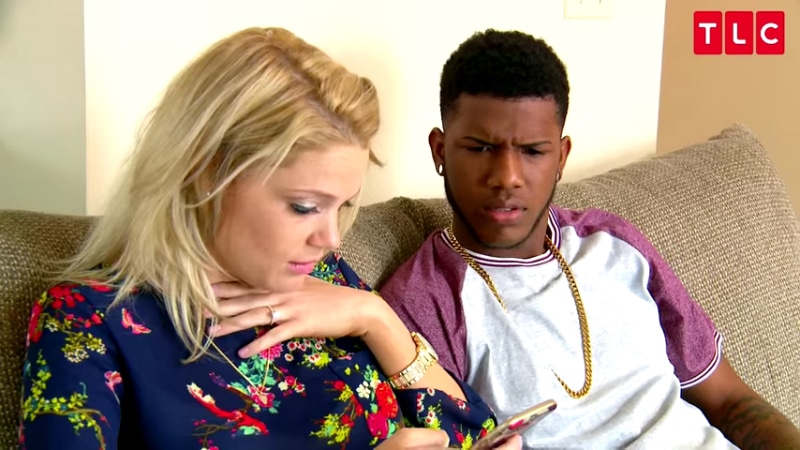 On the most recent episode of 90 Day Fiance, a bit of ugly racism reared its head again. When Ashley Martson checked out her now-deleted wedding registry, she saw the comments that people were making about her relationship with Jay Smith — and they were not nice.

Ashley and Jay have experienced quite a bit of racism on Season 6 of 90 Day Fiance and the cameras have been there to catch it. While many argued that a previous trip they made to a farmer’s market may have been dramatized, as people could have been staring at the camera crew and not Jay himself, the couple’s wedding registry left no question.

Ashley was stunned when she checked the comments section of the wedding website and there were hundreds of entries. She was even more upset when she realized that nearly all of them were not nice and told Jay that almost every comment contained the n-word.

Jay explained in the confessional that he’s never dealt with anything like this before. As Ashley read many of the comments out loud, the 90 Day Fiance couple got even more upset.

“I didn’t expect this to happen,” Ashley told the camera. Then she read another comment from someone saying they’d be at the wedding because it’s their “2nd amendment right”.

Now worried about her own safety on her wedding day, Ashley realized that her wedding date and the venue is listed on her registry, letting anyone and everyone know where they will be. Will she and Jay even be safe to marry?

It looks like Ashley and Jay went through with the wedding despite the threats. Prior to the deletion of the wedding registry, Starcasm shared that the date of their nuptials was set for May 26 in Mechanicsburg, Pennsylvania.

Given the nature of the K-1 Visa, it’s safe to assume that they tied the knot. Otherwise, Jay would have been forced to return to Jamaica months ago and he’s definitely still here in the U.S.