KHLOE Kardashian and baby daddy Tristan Thompson have had a rocky relationship since they first went public with their love.

The reality star was caught numerous times getting cozy with the basketball player and flirting with him on social media, sparking rekindling rumors. 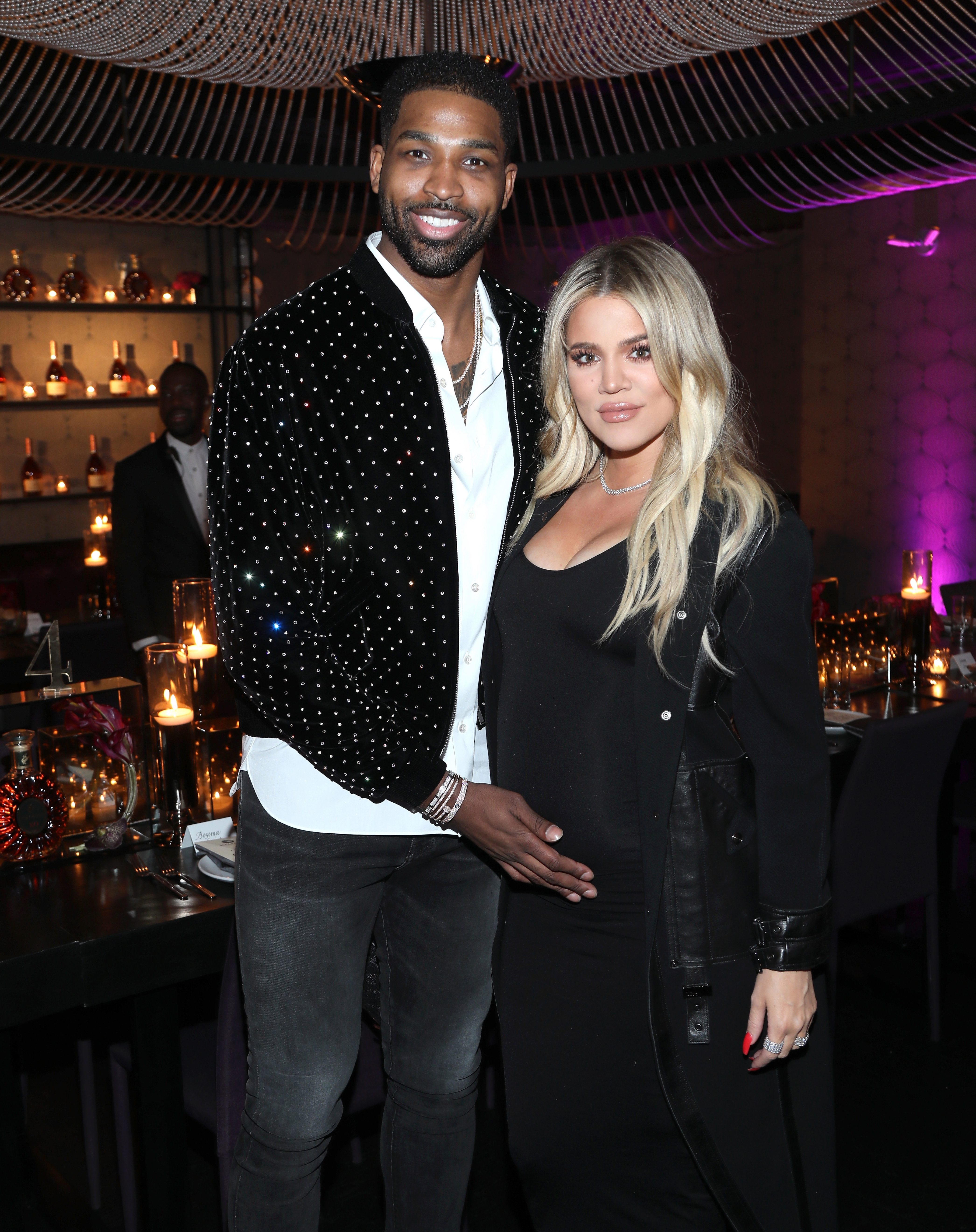 How did Khloe and Tristan meet?

The pair were first rumored to be seeing each other in September 2016, when they were both spotted leaving Bootsy Bellows nightclub in Los Angeles within minutes of each other.

Here's a timeline of their romance and subsequent break-up:

What was the scandal with Jordyn Woods?

On February 20, 2019 it was reported that Khloe had split from Tristan after he cheated on her with her sister Kylie's best friend Jordyn Wood.

Khloe was shocked to find out that Jordyn, who the Kardashians consider "family," had "made out" with her boyfriend of two years at a house party, insiders said.

Onlookers reportedly saw them cuddling and being intimate at a party.

This was the final straw for Khloe, forcing her to end the relationship.

Yet, it wasn't the first time he'd been caught in a tryst with another woman.

In April 2018, according to US reports, Tristan Thompson was spotted "kissing" a woman in nightclub footage. Sources reportedly identified the mystery brunette as the New York strip bar worker and Instagram model Lani Blair.

That same month, the news was quickly followed by claims from TMZ that Tristan had returned to his hotel room in NYC on that same Saturday night with another woman.

Are Khloe and Tristan back together?

Khloe and Tristan have reportedly called it quits again, according to PageSix.

A friend of the former couple dished to the outlet regarding their relationship, saying: "They’re getting along. There is no drama.

Adding: “Everything is amicable and they are on the same page with co-parenting.”

The rumors regarding their split have surfaced after Tristan was allegedly spotted entering a room with three women at a Bel Air birthday party on June 18, 2021.

He reportedly looked "disheveled" upon leaving, according to a source who told the Daily Mail.

The source said: "Tristan took off into one of the party rooms where everyone goes to hook up.

“He was with three women and another guy. One of the girls he was with is a regular partier — she’s always out and about at parties.

Adding: “The other girls have just started going out with this group. He did this in front of about 30 people so you could hear people talking.”

Amid the Daily Mail story made the rounds on social media, Tristan tweeted six cap emojis, which in modern slang is referred to as “lying.”

Meanwhile, Khloe shared two cryptic messages on Instagram which many believe was about the scandal involving Tristan.

However, despite Khloe and Tristan's previous breakups over his infidelities, the pair have been spotted getting closer since March of 2021.

The NBA star was seen wrapping his arm around Khloe at pal Savas Oguz's birthday bash weeks after she slammed pregnancy rumors.

The former couple put on a "very cozy" display while singing and filming the birthday celebration held at Tristan's LA home, in the video obtained by TMZ. 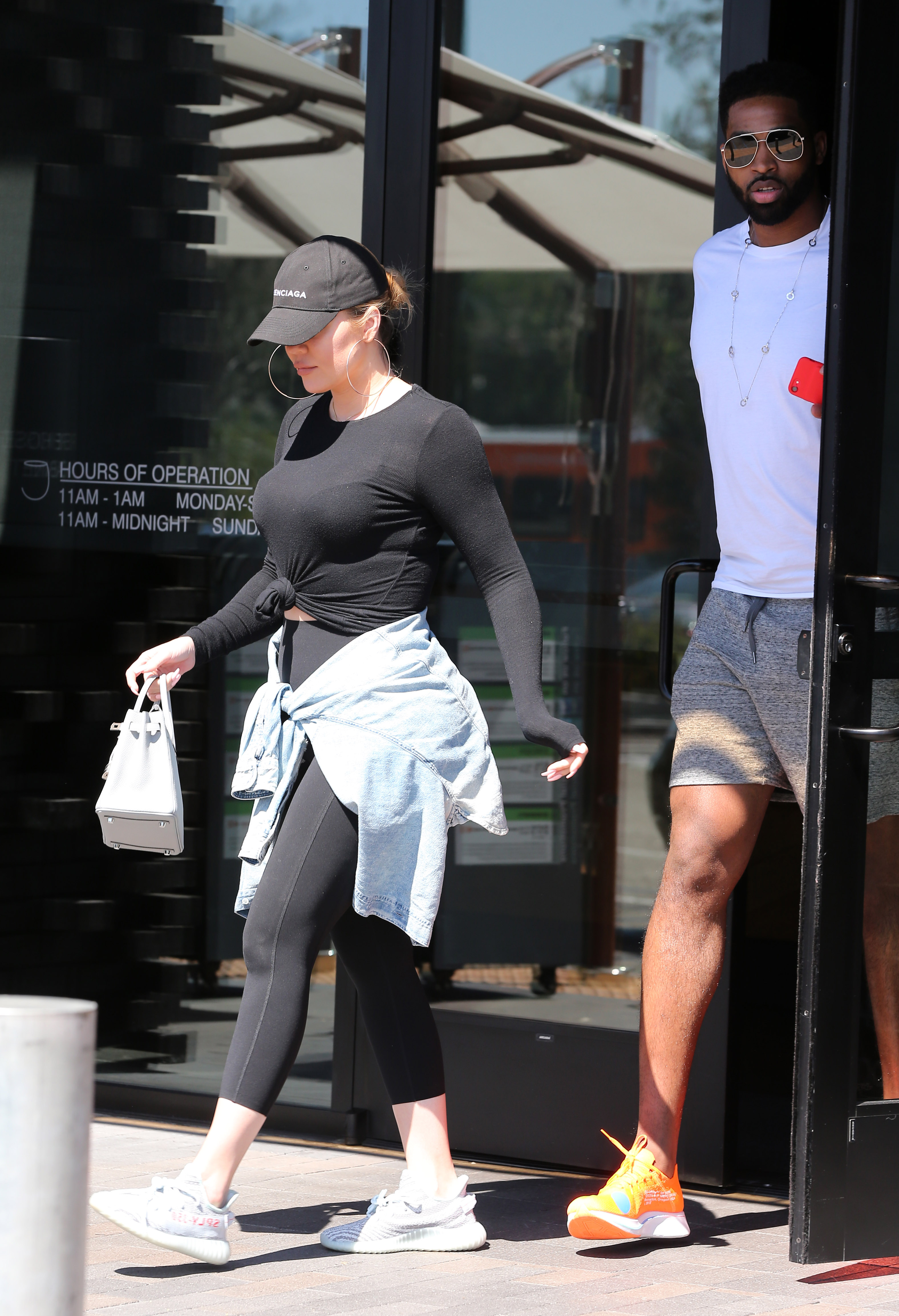 In the short clip, which was also posted by Tristan's old teammate Jordan Clarkson, the Cleveland Cavaliers player appeared to have his arm around Khloe, who wore her hair in long braids.

Despite their jovial appearance, sources told the publication that Khloe, 37, and Tristan, 30, are not back together.

The insider added that the pair are still living separately but Tristan sees the Good American founder and daughter True, three, every day as they continue to co-parent.

The source shared: "The pandemic has simply given them a chance to hang out more and work on their friendship."

She explained: "We realized that my eggs aren't strong enough to be frozen. They should be mixed immediately with sperm to make embryos. So I actually have made embryos.

"And then, with Covid, finding this whole fertility process, if you do need assistance in fertility, it's much more challenging during Covid."

On September 13, 2021, Tristan posted an Instagram begging fans for "more compassion & less hate" after Khloe is "banned from Met Gala" for being "too C-list."

Tristan uploaded a pic of him on the beach holding a bottle of 818 tequila, the booze brand owned by Kendall Jenner.

The duo appear to be on good terms as they were spotted together to pick up daughter True from her gymnastics class, reportedly.

Tristan and Khloe also spoke about growing their family in a clip for the upcoming season of Keeping Up with The Kardashians.

Khloe said in the clip: “True is getting older and I feel like it’s now time to have another kid.”

Tristan, who is also father to son Prince with ex Jordan Craig, responded: “That’s what I like to hear!”

On October 6, 2021, it was reported that Tristan is allegedly "begging" for Khloe to take him back.
A source close to the couple told The Sun that Khloe gave him an ultimatum.

“He's been begging Khloe to take him back, and to make it official," they said.

“He's told her he's going to prove it to her that he can do it and so he's sworn that he'll not go near any other girls for six months before he asks her again.”

They continued: “She's made it clear that if he can do that, then she'll welcome him with open arms.

The pair remain amicable, as Tristan posted a photo of True and Prince to his Instagram account on October 26, 2021. Khloe commented on the photo: