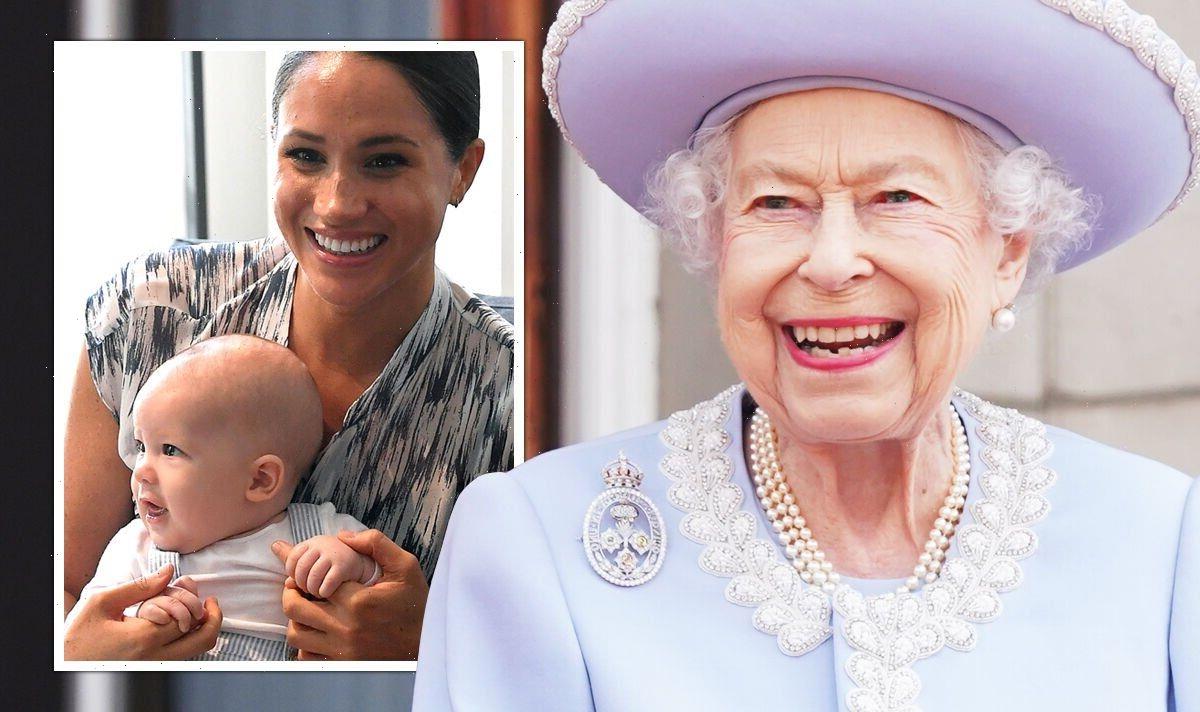 Meghan Markle defended by Alison Hammond on This Morning

One of the most controversial celebrity couples in the world are back on screens this week for the final episodes of Harry and Meghan, their revelatory new Netflix documentary. During a particularly shocking segment, Prince Harry claims Meghan Markle and, by extension, her son Archie wasn’t allowed to visit the late Queen Elizabeth II.

Harry and Meghan claimed a meeting between the Sussexes and the Queen was blocked at the last minute.

After confirming her schedule was free for the week, Harry suddenly received a message claiming she was busy as they were preparing to fly to the UK.

“I remember looking at H,” Meghan recalled. “I mean, my gosh, this is when a family and a family business are in direct conflict.

“Because they’re blocking you from seeing the Queen, but really what they’re doing is blocking a grandson from seeing his grandmother.”

Harry explained they were living in Canada at the time when he tried to set up a meeting with the family to discuss their future.

He had several discussions with his father, King Charles, who requested they put their agreement into writing.

The Sussexes agreed they would be prepared to relinquish their titles if the negotiations fell through, and prepared to board a plane back to the UK.

“Before we left, I spoke to my grandmother as well,” Harry recalled.

“And told her that we were coming back on the sixth, and I would love to come and drive up and see you.”

Harry indicated the Queen sympathised with the Sussexes, and she seemed open to meeting with her grandson to discuss the situation further.

“She knew that we were finding things hard. I’d spoken to her many times about it,” he added.

“She told me she had no plans for the week. She said, ‘Why don’t you come up? You can have tea, but why don’t you stay the night, you and Meghan?’”

Despite inviting both Harry and Meghan for a visit, the Sussexes were shocked when the plans changed at the last minute.

“So we were flying back from Vancouver straight to Heathrow,” Meghan recalled.

“And right as we were getting on the plane this urgent, urgent message comes through to H, saying, ‘You are not allowed to go and see Her Majesty.

“‘Make sure that your principle is aware you can not go and see her. She’s busy, she has plans all week.’”

Harry went on: “Once we were back in the UK, I rang her and said, ‘I’m now told that you’re busy.’

This moment was just one of several surprising accusations against the Palace in the second half of one of Netflix’s most divisive releases of the year.

Harry and Meghan Volumes I and II are available to stream on Netflix.