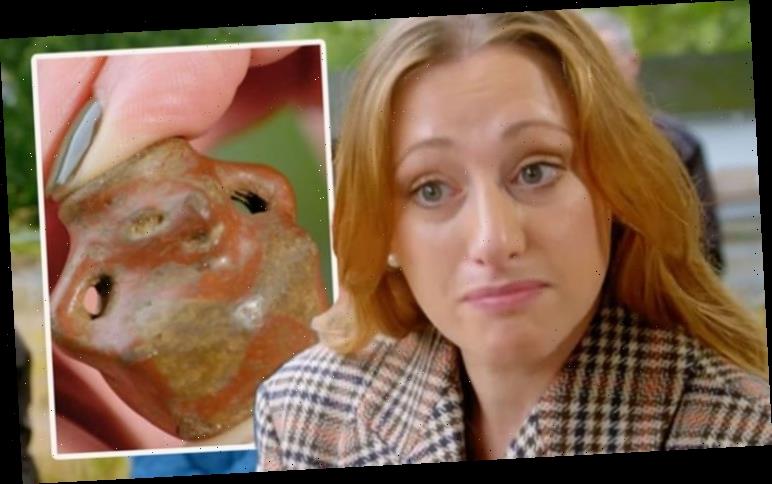 Antiques Roadshow was once again on location in the Lake District to help guests discover the true value of their priceless relics. One of the finds analysed at the Windermere Jetty Museum was a tiny vase dating back millions of years. As one of the oldest pieces to ever feature on the BBC show, the expert couldn’t get over the fact she couldn’t give it a more substantial price.

The expert held in her hand the tiny ceramic item and said: “This is a very little vase but it has a big story.”

Replying, the guest explained: “It’s been in the family for 50 years and it was given to my father-in-law who was a pilot with BOAC.

“He was flying out of Mexico City and they had an engine failure on takeoff.

“After that, a gentleman came to the cockpit and said, ‘Thank you for saving my life. I thought I was going to die. Here, have this little pot’.”

Giving some more background detail, the expert added: “It’s actually from Chupicuaro, which is an ancient civilisation near the Valley of Mexico.” 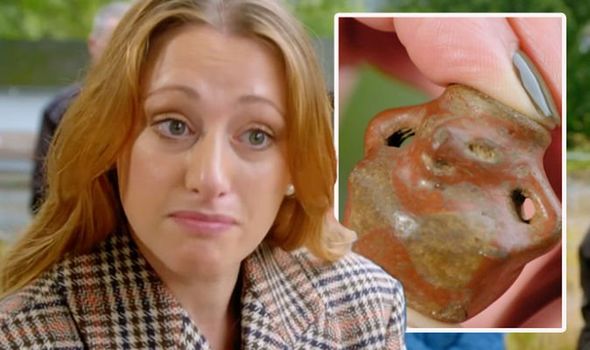 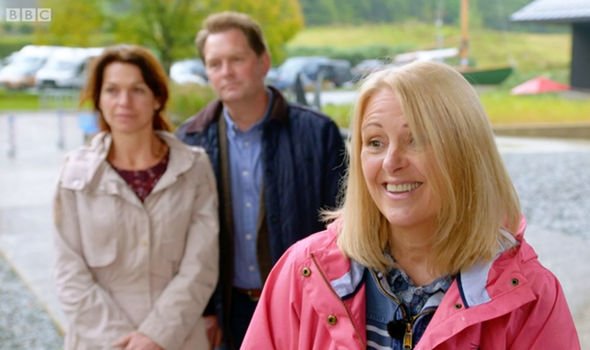 “It’s about 100 BC, so probably one of the oldest things we’ve had on the Roadshow,” she continued, revealing how the relic was making history on the show.

“In terms of valuation, it’s not as much as it should be,” she said with disappointment, failing to accept how much it was worth.

Finally giving the price of the ceramic, she said: “Between £100 and £150, but with such a marvellous story, it’s priceless.”

Although the show is now adhering to social distancing rules, Fiona Bruce, 56, continues to host proceedings. 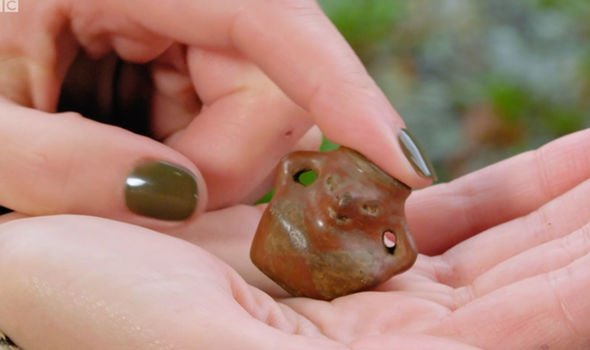 Speaking about her role, the presenter said: “I feel incredibly lucky to have spent the last 12 years working on the Antiques Roadshow.

“I love doing it and I’ve had so many highlights from over the years.

“My personal favourite would probably have to be when a man of the cloth turned up with a painting, which he thought might be a Van Dyck.

“I looked at it – and I was making a programme about Van Dyck at the time – and I thought it had the look of the genuine article.”

Fiona added: “And so we had it examined and my hunch turned out to be right.

“I can’t imagine that will ever happen to me again in my lifetime and it’s definitely a highlight for me,” the presenter shared with The Courier.

Discussing why the show continues to be so popular, the BBC newsreader explained: “I think it’s amazing The Antiques Roadshow is essentially the same as it has been for 40 years and it’s still hugely popular.

“What makes it eternally popular is probably what I love about it – that we all hope that we could have something gathering dust on the mantelpiece or in the attic that either turns out to be very valuable, or has an amazing story.”

“It happens week-in, week-out and you’d think that the world would begin to run dry and it hasn’t,” Fiona continued.

“We still find amazing things every week,” she added.

This weekend’s show will be in an all-new location as Fiona and the team venture to Stonor Park in Oxfordshire.

Viewers will see experts value the likes of a rare artefact that survived the attack on Pearl Harbor and a genuine LS Lowry painting.

Antiques Roadshow airs Sundays at 8pm on BBC One.