Antiques Roadshow has been up and down the country in search of rare, collectable and unique items – some worth a pretty penny or two and others completely worthless. During a visit to Eltham Palace in south London for series 41, an expert took a closer look at a painting and offered his thoughts on its potential price tag. But unlike the mishap furniture expert Lennox Cato witnessed when someone brought in an Georgian table for valuation after they had it restored and reduced its value, Philip Mould advised the owner to spend a little money in order to make a fortune.

The owner revealed how she came to possess the item and said: “My grandparents purchased him in the year I was born and I first noticed him around my teens.

“When they passed away ten years ago, this was the one thing I wanted from their estate.

“When I asked my mother when I could have this portrait she said I could have him ‘as long as he wasn’t valued at too much!’”

To clarify, Philip asked: “You could only have it if it was a low valuation?” 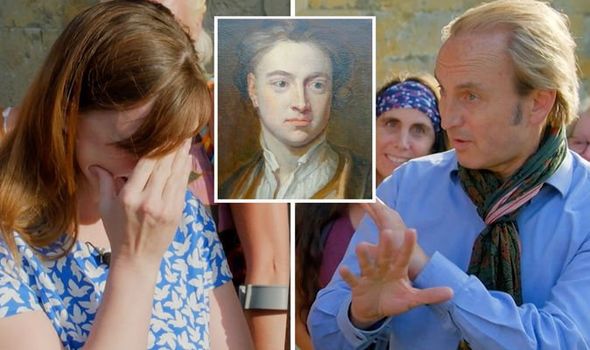 “Yes, he was valued at £800, so she said that was the maximum she said she would let me have him,” the lady said.

Philip went onto say he thought the painting was curated in the 1700s.

“One of the reasons for that is there is no wig. We are looking at his natural hair! This is so rare for that date,” he revealed.

“Have you thought about the artist – any ideas?”

“It was suggested that it was possible Sir Godfrey Kneller,” the lady replied. 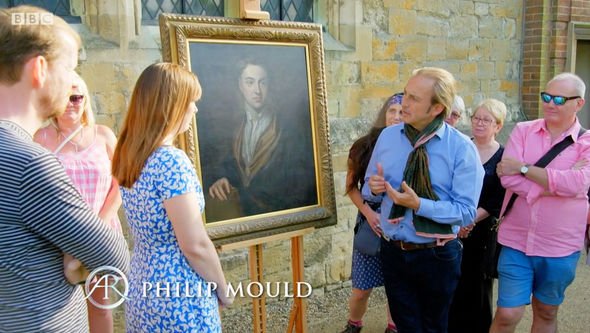 “[He] is the leader court painter in Britain in the late 17th early 18th century,” Philip divulged. “He was an important painter – it would be really nice if this was by him.

“Now, one thing Kneller is quite famous for, is getting a strong sense of character. And I have to say, looking at this picture, there is a steely clarity with the way that he has portrayed his personality.

“One of the questions that would be lovely to establish is who is he?” Philip added. 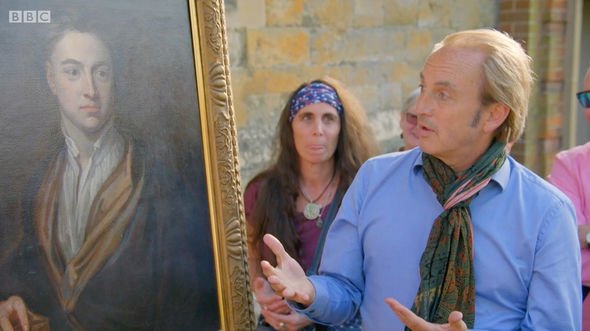 “And I already feel the wrath of your mother who doesn’t want it to be more than £800, but I’m afraid it is!” The Antiques Roadshow expert revealed.

“Now it needs a bit of work and restoration – if we look at the fingers there are some shadows missing and other areas need to be pulled together a little bit.

“It just needs a bit of tender loving and care!

“But give it that, give it a couple of thousands of pounds worth of good restoration – which your mother doesn’t need to pay for – and you’ll have a painting worth £15,000.”

“Oh my goodness!” The lady replied. “That’s quite worrying.”

“I’ll leave you to sort it out,” Philip concluded. “All we can do is value it. You deal with your mother!”

“I made a good choice then,” the owner said.

Antiques Roadshow is available to watch on the BBC iPlayer now.