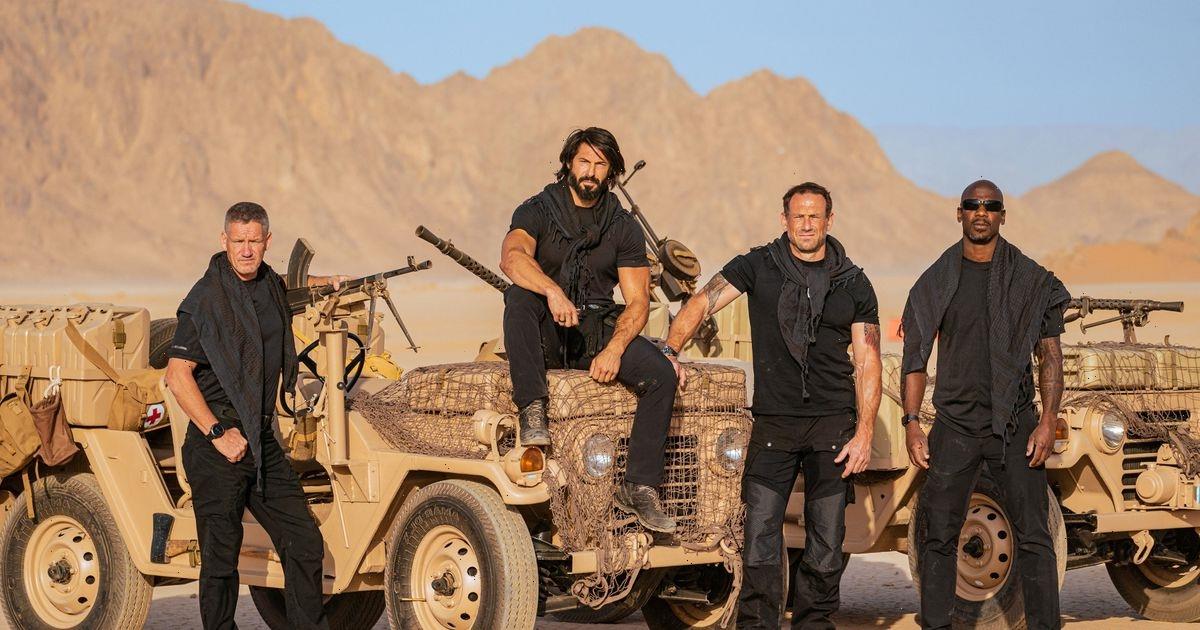 Channel 4 bosses have replaced Ant Middleton with a muscled American ex-marine on SAS: Who Dares Wins.

Former US Recon Rudy Reyes will take over as Chief Instructor on the gruelling TV challenge show.

The super-fit 49-year-old has won multiple military awards, served in Afghanistan and Iraq and starred in the TV shows Once Upon a Time in Iraq and Generation Kill.

He says his motto is: "You shouldn’t join the military if you’re not prepared to die.”

And judging by the many topless shots he posts on social media, he will no doubt become a pin-up.

He said: "To be part of SAS: Who Dares Wins – the hardest selection course on television – is one the greatest privileges of my life." Rudy is replacing former chief instructor Ant Middleton who left Channel 4 earlier this year following a number of controversial comments he made about Black Lives Matter and Covid.

Joining the new leader is another American – former US Navy SEAL Remi Adeleke, 39.

The duo will hook up with SAS: Who Dares Win staff regulars Jason Fox and Mark Billingham.

The third series of Who Dares Wins began airing on August 29. This year's winners included Alexandra Burke, Alex Davies and Wes, who all managed to prevail in the chilly Scottish Hebrides.

Singer Alexandra broke down in tears as she heard the news, embracing cricketer Alex and former Love Island star Wes.

Olympic rower James Cracknell narrowly missed out on passing the selection process after losing on the final challenges.