Ant and Dec’s Saturday Night Takeaway returned with a bang on ITV last night as the presenting duo brought their unique mix of laughs, pranks, giveaways and a Stephen Mulhern catapult to screens. While millions were left gripped by the hijinks at home, some fans couldn’t help but feel sympathy for Ant when Dec appeared to ignore his co-host’s handshake.

Ant and Dec fans were left cringing when Ant was “left hanging” by Dec during the Ant Versus Dec segment of the show.

The pair kicked off the fan-favourite challenge by introducing their co-presenter Stephen Mulhern who walked onto the stage dressed as mythological character Odin as the crowd cheered his name.

Stephen said: “I am the Norse god of entertainment and I bring news that for this series – this series of Ant Versus Dec is going global! 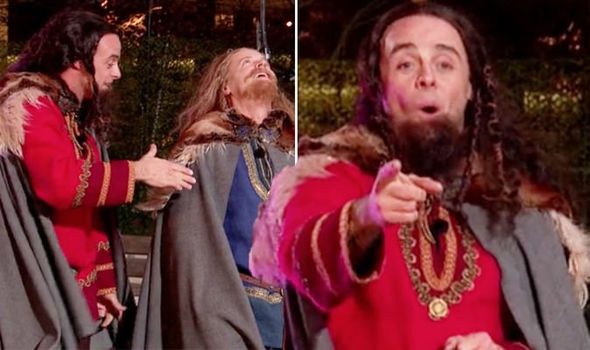 Ant and Dec then donned their Nordic-inspired costumes and took part in a series of head-to-head challenges.

The first involved axe-throwing at a target, the closer to the middle the higher the score.

Dec took the first round and the pair went onto the second task – this time, axe-throwing but with a moving obstacle in the way.

Ant redeemed himself and won the second round meaning victory hung in the balance with the third and final challenge. 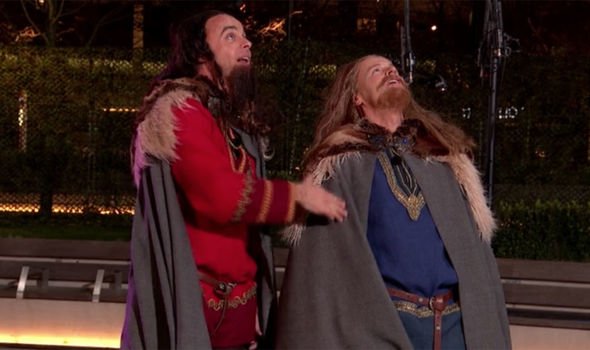 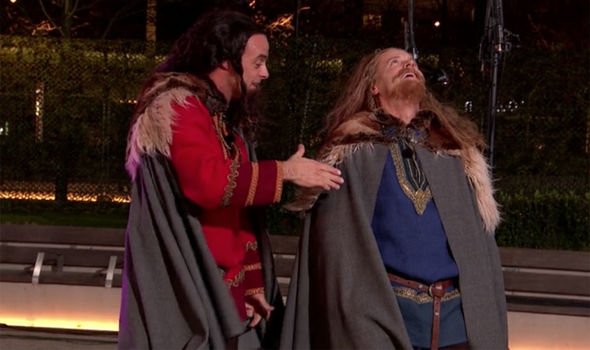 Ant and Dec then had to see who would be first to throw an axe at a much smaller golden target.

Dec managed to do so first try meaning the first Ant Versus Dec win of the series went to Dec.

The forfeit for the loser was to be harnessed up and catapulted above Television Centre but Ant and Dec had other ideas.

Stephen “tested” out the harness to make sure it was okay for Ant to use before the presenting pair decided he may as well take on the forfeit instead.

Stephen was flung into the air as the audience and Ant and Dec laughed along.

Ant then quipped “that was worth losing for,” before turning to his co-host for a handshake.

However, Dec was preoccupied with watching Stephen in the air and completely ignored Ant’s advance.

The pair managed to move on with the segment seamlessly but it didn’t stop Saturday Night Takeaway viewers from spotting the awkward moment.

One said on Twitter: “Ant and Dec brilliant show. Felt sorry for ant when left hanging for handshake…”

A second added: “Absolutely love live TV, also when Dec left Ant hanging with the handshake, as Stephen got blasted into space [laughing emoji] you guys are brilliant.”

While fourth weighed in: “Anyone else rewind to watch Dec patching Ant’s handshake again.”