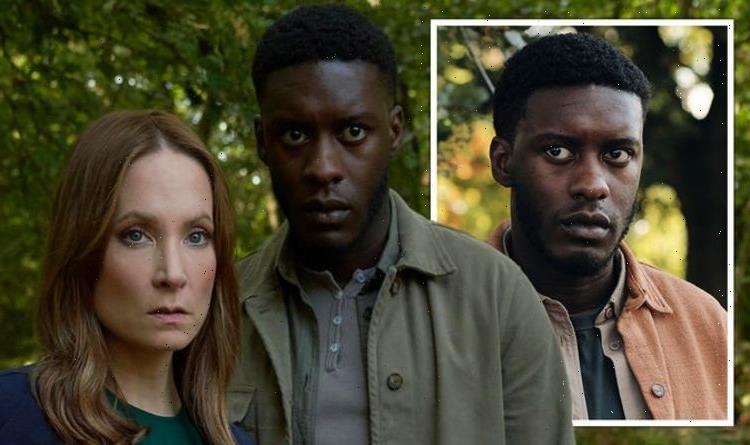 ITV’s new thriller series Angela Black premiered last week with a gripping first episode. Viewers were instantly hooked by the drama which follows the titular character’s journey as she attempts to escape her abusive husband and discovers some shocking secrets along the way. In the first episode of the six-part series, viewers saw Angela (played by Joanne Froggatt) meet a mysterious individual named Ed (Samuel Adewunmi). While he claimed to want to help Angela, many viewers swiftly became suspicious of Ed. Who is this enigmatic stranger and is he even real?

In a recent interview with Express.co.uk and other press, Ed actor Samuel Adewunmi opened up about his curious character.

He said: “There’s an air of mystery about him I think that kind of maintains throughout the show until maybe a couple of episodes before the end.

“So yeah, I was just really taken in by this guy and that element of mystery that he has as well I think is always something really quite fascinating to explore.

“I think we’ve all got a mystery about us, but to find out Ed’s specific sort of secret was fun,” he added.

When asked what he hoped viewers will make of Ed, the actor replied: “I don’t really hope that the audience will make anything of him.

“To be honest I just hope they take him in and enjoy the story,” he remarked.

Explaining the importance of his character, Samuel said: “I think the part that he plays is pivotal to Angela’s journey and so he’s probably going to affect how we see everyone within the grand scheme of the show.

“Yeah, I don’t know, I don’t really have any hopes for him. I just hope they take him in and they see him for who he actually is.

“I think that’s all I can say right now,” the star added, making it clear he was being cautious to avoid spoiling the plot.

As Samuel has alluded to Ed’s “secret” and who he really is, could this mean there’s more to his character?

His remarks about the character being “pivotal to Angela’s journey” could also be a clue about who he is.

Viewers have only seen a few interactions between Angela and Ed so far, but many have already begun theorising that Ed could actually be a figment of Angela’s imagination.

Several fans have shared their thoughts about the mysterious character on Twitter, with some suggesting he’s an imaginary person Angela’s made up as a coping mechanism after years of abuse.

“#AngelaBlack Ed isn’t real she’s made him up to cope with the trauma. That’s why he can’t follow the husband,” @GeorgiaOHMS said.

Meanwhile, other ITV viewers are just cautious of the mysterious character.

“#AngelaBlack Is Ed to be trusted?” @Helenkeenan121 questioned.

Will the truth behind Ed soon be revealed? And could he really be a figment of Angela’s imagination?