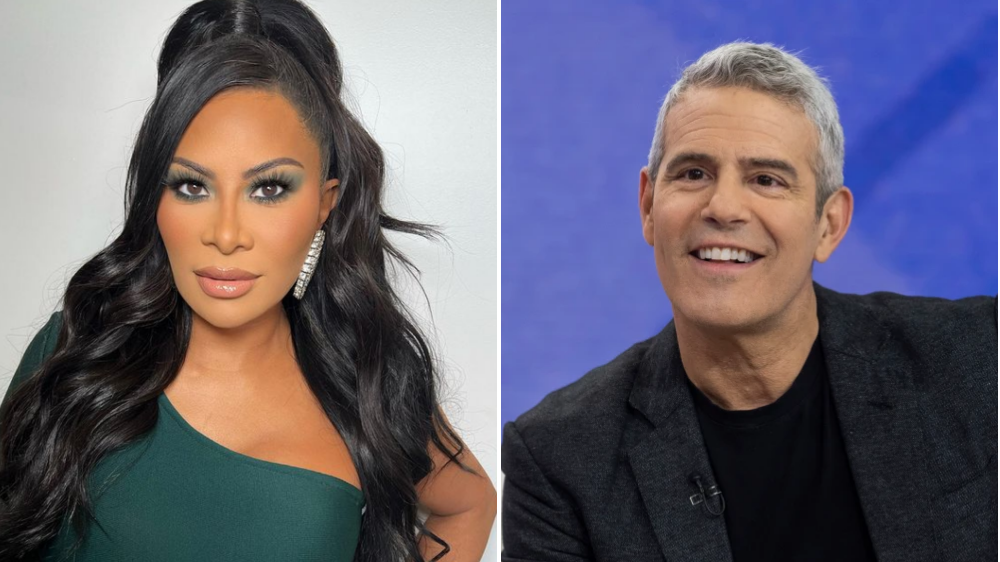 Andy Cohen has hinted that Jen Shah is done with the Real Housewives of Salt Lake City after being a no-show at the programme’s panel at BravoCon on Saturday.

Shah was seen in New York City over the course of the weekend, with many fans curious as to why she didn’t join her co-stars for the highly anticipated event.

Television host Cohen, however, has since appeared to claim that since the reality star plead guilty to fraud and money laundering charges, her relationship with the show has come to an end.

Asked by a fan on Sunday why Shah was nowhere to be seen, Cohen responded: ‘I think that once we wrapped the season, she plead guilty.

‘I think that was kind of unfortunately the end of the engagement there. I hope to sit down with her and talk to her at some point, on camera, because I have a lot of questions for her.’

Ahead of Cohen’s claims, Shah tweeted her fans to confirm that she didn’t crash BravoCon.

‘Anyone believing I crashed anyones party needs a reality check, I am the party,’ she wrote.

‘Also I’m getting paid for BravoCon, stop worrying about where I’m at. If I wasn’t at your event, party or panel then it wasn’t worth my time. Thank you for keeping my name in your mouth and trending.’

Shah pleaded guilty to fraud and money laundering charges in July when she appeared in a New York.

She was charged with one count of conspiracy to commit wire fraud in connection with telemarketing and faces up to 30 years in prison.

Shah told Judge Sidney Stein she was pleading guilty to ‘wire fraud, offering services with little to no value.’

She added: ‘We used interstate telephones and emails. I knew many of the purchasers were over the age of 55. I am so sorry.’

Shah said she had offered ‘misrepresentations, regarding the value of the product or service, of which it had little to none.’

Asked if she knew it was ‘wrong and illegal’, Shah responded: ‘Yes, your Honor.’

The guilty plea means Shah will now not stand trial.

Following her plea, Damian Williams, the US Attorney for the Southern District of New York said: ‘Jennifer Shah was a key participant in a nationwide scheme that targeted elderly, vulnerable victims.

‘These victims were sold false promises of financial security but instead Shah and her co-conspirators defrauded them out of their savings and left them with nothing to show for it. This Office is committed to rooting out these schemes whatever form they take.’

Priyah Chaudhry, representing Shah, told Metro.co.uk in a statement: ‘Ms. Shah is a good woman who crossed a line.

‘She accepts full responsibility for her actions and deeply apologises to all who have been harmed. Ms. Shah is also sorry for disappointing her husband, children, family, friends, and supporters. Jen pled guilty because she wants to pay her debt to society and put this ordeal behind her and her family.’

In August 2021, Shah entered a plea of not guilty.