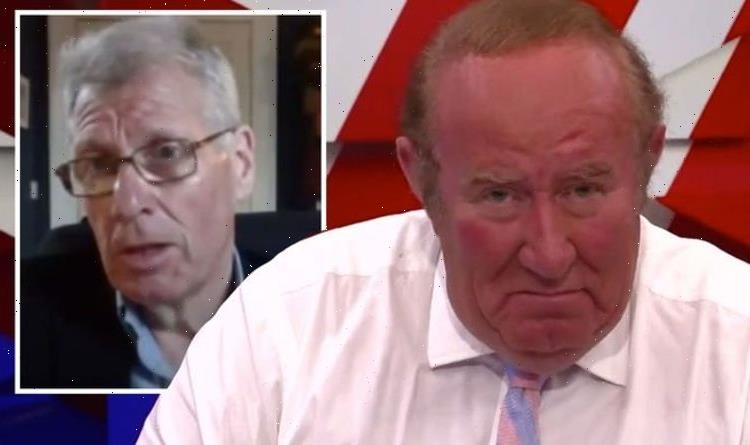 Andrew Neil, 72, was back on hand to host another week of shows on GB News and he spoke about a number of topical matters on Monday evening. One such discussion on the agenda was about Prime Minister Boris Johnson, 57, reportedly being urged to allow Scottish people living anywhere in the UK to vote in the next independence referendum. However, as the host offered his opinion, he entered into a fiery clash with guest MacAskill.

Scotland’s First Minister Nicola Sturgeon, 50, is thought to be considering another referendum as the pandemic restrictions begin to ease.

As the debate intensified over the above matter, Neil said: “After a couple of months [living in Scotland, a person who is not Scottish by birth] can enter onto the electoral register and can vote on Scotland’s future but the Scottish football team can’t.

“It’s absurd,” he added, with MacAskill stating: “There are Scots living in the Gulf, Scots working in Canada and all across the world because we’ve seen our economy stripped.”

The presenter interjected as he said: “Scots have always gone abroad, you know that, they ran the empire.”

The guest wasn’t listening as he spoke over the presenter as they clashed but MacAskill stipulated they would have to “disagree” on the matter of letting ex-pats vote in the Indyref. 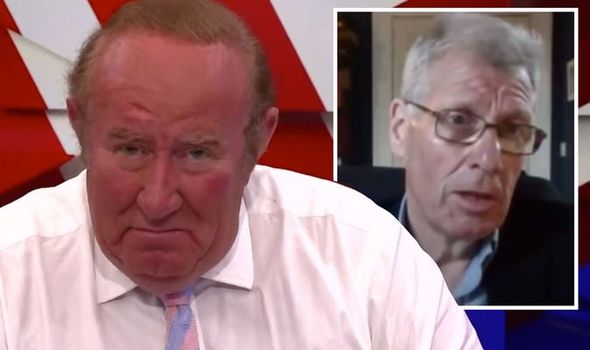 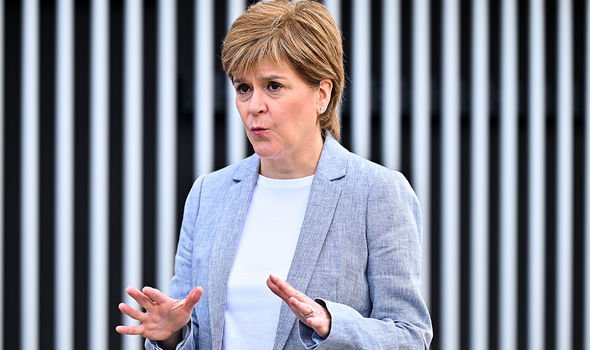 With MacAskill repeating himself about how the referendum was lost in 2014, Neil said: “Yes, you keep going back to that.

“But [letting ex-pats vote] might be reconsidered this time,” the presenter added to which the guest replied: “I don’t see why it should be.

“I think the rules should be run again. What is being seen in Scotland is for the chance of another vote because there has been a significant change in circumstances because we had Brexit imposed upon us.

“The Scottish Government should be motoring on to get an independent vote,” he continued as Neil brought the debate to a close. 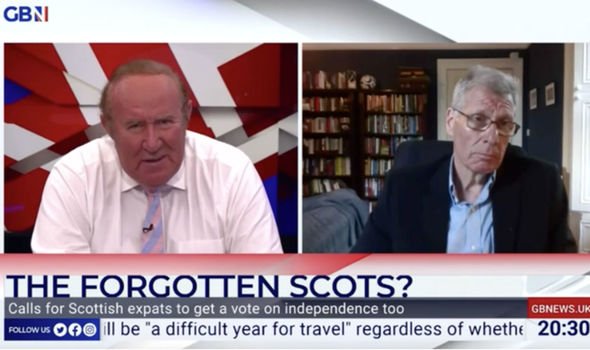 They ran the empire

According to polling expert Sir John Curtice, if ex-pats were allowed to vote in a referendum, the result who swing against Scotland leaving the United Kingdom.

A cabinet minister explained: “We know Sturgeon will start trying to force another referendum as soon as she thinks it is politically tenable again.

“So there are things we can and should do now to be ready for her,” they explained, going on to add the methods that could derail the First Minister’s plans.

“One thing is to open up eligibility of the vote to all Scots in the UK, not just those living in Scotland.

“The other is to bring Ruth (Davidson) back into the front line. She is the best pro-Union voice we have,” they told The Times.

The result of the first independence referendum saw Sturgeon’s plans collapse as the majority of the Scottish people decided against leaving the UK.

What the SNP want is to have more powers and freedoms to create their own political agenda, not to be controlled by Westminster.

If they won the latest election in Scotland, the SNP stated they would put forward another referendum to try and secure the country its independence.

Coronavirus has demonstrated how differently Scotland approach matter such as health and public safety compared to the rest of the UK.

Following the results of the local elections earlier this year, Johnson spoke with Sturgeon on the future of the UK.

A spokesperson for the SNP said: “The First Minister also re-iterated her intention to ensure that the people of Scotland can choose our own future when the crisis is over.

“And made clear that the question of a referendum is now a matter of when – not if,” to which a spokesperson for Johnson added: “They both agreed that their immediate focus should be on working together to build back from the pandemic.

“The Prime Minister reiterated his invitation for the first minister to join a summit meeting to discuss our shared challenges on Covid recovery and how we can overcome them.”