Prey is the fifth instalment of the Predator saga but fans, and some of the cast, had no idea it was part of the franchise at all. Even lead actress Amber Midthunder didn’t realise the legacy she would be taking on with her role of Naru until the last possible moment.

Prey’s director Dan Tratchenberg deliberately avoided publicly mentioning that it would be a Predator film.

He was so determined to keep this secret that the potential cast were not told about it until the very last round of auditions.

Amber Midthunder, who plays the lead character Naru, believed she was auditioning for a film about a young Comanche woman who wanted to be a hunter, but was being stopped by sexist traditions in her tribe.

Her first few auditions saw her acting in scenes with Naru’s mother Aruka and brother Taabe, with no mention of the alien hunter.

The real plot of the film was so secretive, at first Midthunder didn’t even know what time period it would be taking place in. 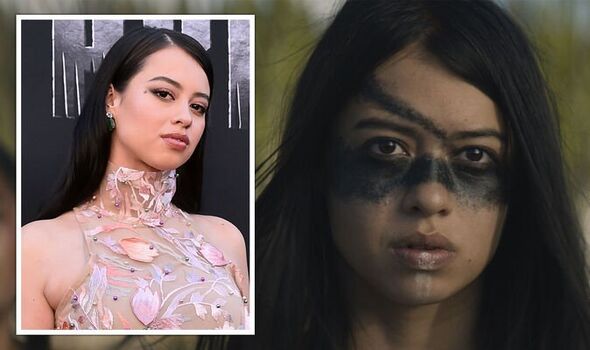 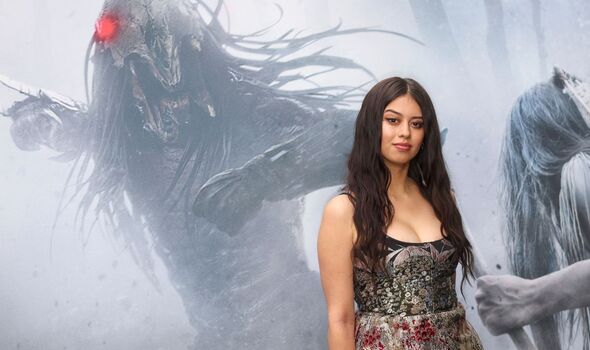 Production of Prey was halted for a while due to the outbreak of Covid, but Midthunder eventually received the call asking her to come in for a final audition.

This final audition saw the last remaining candidates being given a script of the film, but just before they could read it, it was revealed that they were auditioning for a Predator film set in the 1700s.

Midthunder told Express.co.uk: “It was right before I got to read the script for our last audition they told us.

“Obviously, reading the script we would have figured it out.

“They told me and I literally just burst into tears.” 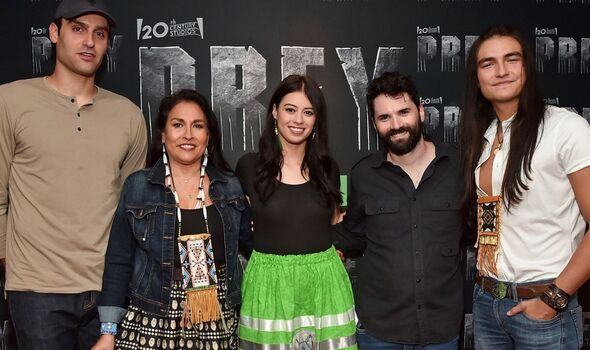 The movie was filmed during Covid, which Midthunder found to be somewhat of a relief as it helped her block out the external pressures of following in Arnold Schwarzenegger’s footsteps.

She said: “The country was closed because of Covid at the time so it actually felt like a really intimate experience. It was really just us.

“All those outside pressures were very quiet in the process of shooting and I’m grateful because the focus for all of us was just to show up and do our best.

“There were always challenges, there was always some big exciting thing to shoot.”

Additionally, the film was shot in the Canadian wilderness, meaning the cast and crew were an hour away from the closest town most of the time.

Midthunder enjoyed this unique filming location despite the long hikes, and sometimes even boat rides, needed to get to set.

She said: “There’s something very relaxing about being in that environment when you are outdoors and you enjoy it.”

Following Prey’s release on August 5 it has received endless praise from critics and fans, with many describing it as the best Predator film since the original.

The production process for Prey actually started during 2018’s The Predator, which received vastly different reviews.

Tratchenberg was determined to keep the Predator aspect of the film secret for as long as possible to emphasise the shock factor for fans. 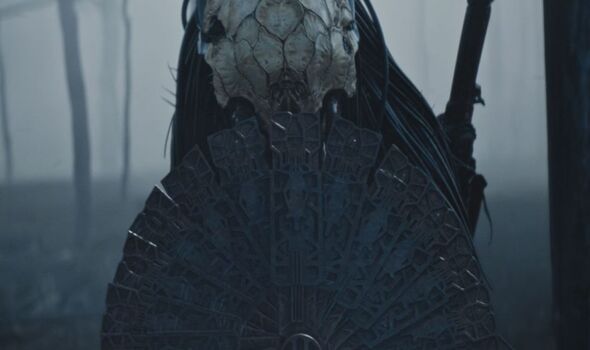 He told Express.co.uk: “I just really wanted to make sure the reveal of the movie would be as exciting as possible.

“In our first trailer, unless you pick up on the link between the font of the title, the reveal is when the bear is lifted into the sky and the blood falls down and you see the silhouette of the Predator.

“I think that’s just a much more exciting way of announcing the movie.”

Prey is available to watch on Disney+.