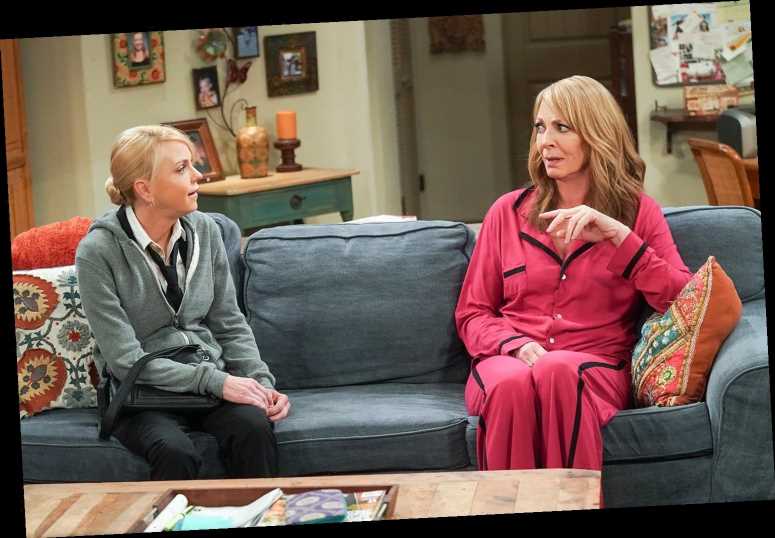 It's the end of an era for Allison Janney — one which the actress said it's going to be "very hard" to leave.

On Wednesday's episode of The Late Late Show, Janney, 61, told host James Corden that she was feeling "sad" over the cancellation of her show Mom, on which she has played Bonnie Plunkett for the last eight seasons, and that the news wasn't exactly expected.

"I wish that we'd had at least another year for the writers to have that much time to ramp up to the ending. We sort of found out sooner than we thought we would," she said. "We thought, 'Surely, they're gonna want more Mom.' And they decided not."

While the Oscar winner recognizes there were likely "many reasons" behind the decision to axe the CBS sitcom, she told Corden, 42, that she thinks "most of them" are "probably money"-related.

"But I know that Chuck Lorre is writing the final episode and we're, right now, filming the third-to-last episode," Janney explained. "And I'm having a lot of moments where I'm just standing on set, taking it in and looking at all the faces I've looked at for eight years." CBS announced the news that season 8 would be Mom's final season last month. The series follows Janney as Bonnie and Anna Faris (who exited after season 7) as Christy, a mother and daughter who are recovering addicts.

Janney was nominated for best supporting actress at the Emmy Awards for her role as Bonnie from 2014 to 2018, winning twice. Mom was also nominated for three Critics' Choice Awards, including best comedy series, in January.

"It's gonna be very hard to just have it, all of a sudden, [be] gone," Janney told Corden Wednesday. "And no matter how much I prepare myself for it, I know I'm gonna be just buckets of tears. Because it's been so incredible — the amazing letters I get from people who are in the program, or people who got sober with us."

She added, "It's been a great show to be part of. And it's so rare when you do something like that, and it affects people in a positive way out in the world. It makes me sad, but onward." One day after CBS announced their decision, Janney wrote a heartfelt tribute to the series, thanking her colleagues and also sharing a link to a petition to save the show.

"Getting to be part of MOM these past 8 years … showing the laughter, love and hope that can come with recovery, has been one of the great honors of my life," began the actress.

She went on to thank a long list of people involved in the series, including creators Lorre, 68, Eddie Gorodetsky, and Gemma Baker "for giving us these wonderfully flawed and lovable characters to bring to life."

"And last but not least all of our extraordinary fans!!!" Janney concluded her post, after extending her gratitude to her costars and the crew. "Thank you for all of your support over the years🙏🏼."