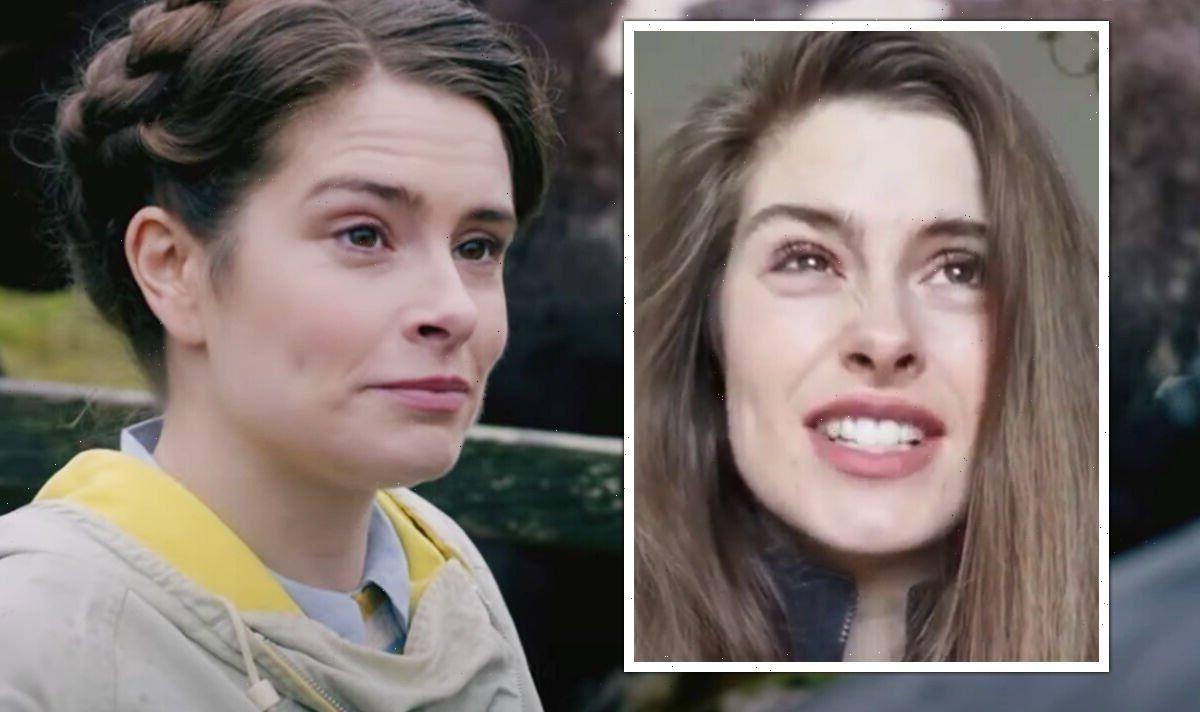 Rachel Shenton and fiancé: We left Oscars WITHOUT goody bag

Rachel filmed herself answering a myriad of interesting questions from All Creatures Great and Small fans in an Instagram Live with Masterpiece. The 34-year-old actress spoke highly of the Yorkshire countryside where the Channel 5 veterinary drama is filmed and explained what initially drew her to the role of Helen. However, she did admit she was scared of her co-star Clive, the bull, when filming started.

The star was asked why she wanted to play Helen in the series, and Rachel said she liked the character’s “assertiveness” and “directiveness”.

The former Hollyoaks actress explained: “I thought she had a really strong sense of self and I liked that.”

She then started to smile when describing what it was like to work alongside Clive the one-and-a-half tonne show bull.

Rachel admitted: “It was scary at first, I remember when I first met him he was just enormous.

“But he was a big gentle giant actually because he has been hand-reared so he was really relaxed around people.”

“He wasn’t a stranger to being in front of the camera either,” she quipped.

“He’s done a lot of television and film himself – he’s actually got a great CV.

“So it was a pleasure to work with him once I got over the initial shock of the enormity of him.”

Clive’s real name is Jester and he is an eight-year-old prize-winning show bull.

Rachel previously told The Mirror: “He’s huge. His head is like the bonnet of my car.”

“He was so intimidating,” she confessed. “But actually he was brilliant to work with.

“He was very placid, not what you would expect, and sort of steadily plodded along.”

Jester was trained by animal trainer Jill Clark who found him on a farm in Yorkshire and his history as a show bull made him “easy” to work with as he was used to lots of “noise” around.

During her Instagram Live, Rachel was asked whether she grew up around animals as she looks natural and unafraid in All Creatures Great and Small.

Rachel smiled: “That’s very nice, thank you. I am glad as that was the aim.

“It was very important because Helen grew up on a farm so she would have been around these animals all of her life.”

Rachel explained she grew up with cats and dogs in Staffordshire and explained there were fields at the bottom of her garden with cows.

“So it wasn’t completely alien to me but I certainly have never been as hands-on as Helen, but I am glad it looked natural,” she quipped.

Season three of All Creatures Great and Small is set to air later in 2022 at a date yet to be announced by Channel 5.

All Creatures Great and Small episodes are available to watch on My5.