“I needed that message from Alex today,” one fan writes 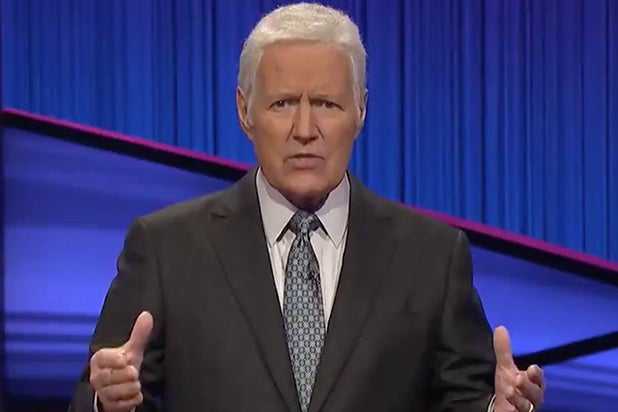 Alex Trebek shared a heartfelt message on Thursday’s Thanksgiving episode of “Jeopardy!” and it left fans who are missing the legendary host feeling especially grateful.

“Happy Thanksgiving, ladies and gentlemen,” Trebek, in a message recorded months ago, began. “You know, in spite of what America and the rest of the world is experiencing right now, there are many reasons to be thankful. There are more and more people extending helpful hands to do a kindness to their neighbors, and that’s a good thing.”

He concluded by saying, “Keep the faith, we’re going to get through all of this, and we will be a better society because of it.”

The video was shared on the show’s social channels with the caption, “High on our list of things to be thankful for this year: Alex’s Thanksgiving message from today’s show. We hope you have a safe and happy Thanksgiving!”

“I’m not crying, you’re crying,” one fan wrote on the show’s Instagram page.

Another added, “I needed that message from Alex today – it made me cry but some of those tears were definitely happy ones to hear his voice again.”

“Loved the show. Loved him. Will be watching Ken Jennings, but missing Alex,” another fan said.

“Jeopardy!” producers announced this the week the show would be returning to production next with Ken Jennings as the first interim guest host.

The show said a permanent host would to be named at this time and the interim guest hosts will come from “within the ‘Jeopardy!’ family.”

Alex Trebek passed away on Sunday, Nov. 8 following a public battle with pancreatic cancer. He is survived by his wife of 30 years, Jean, and children Matthew, Emily, and Nicky.

Trebek’s final “Jeopardy!” episode was originally supposed to air on Christmas Day, but now, “due to anticipated preemptions” around the holidays, his final week of episodes will air the week of Jan. 4, 2021 “in order to give his millions of fans a chance to see his final appearances.”