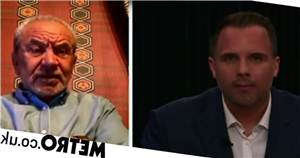 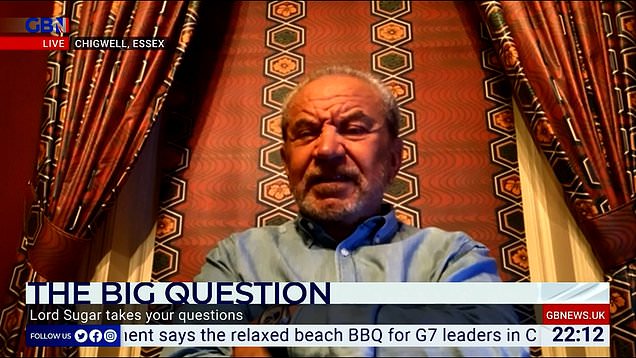 Lord Alan Sugar was left squirming after being asked a ‘stupid question’ by Dan Wootton during a car crash interview on GB News.

The Apprentice star had a heated exchange with the presenter and journalist, which came following England’s victory over Croatia on Sunday afternoon.

The pair were discussing the players taking the knee before the game to take a stance against racism in the game and wider society. Some England fans inside Wembley booed the gesture, while the majority applauded in solidarity.

Talking on the GB News show, Lord Sugar was left baffled when asked if he had ever taken the knee himself.

When asked his opinion on people booing the gesture, the 74-year-old said: ‘Oh, I think it’s ridiculous.’

He added: ‘If the players want to take the knee and want to make the statement, let them do it.’ 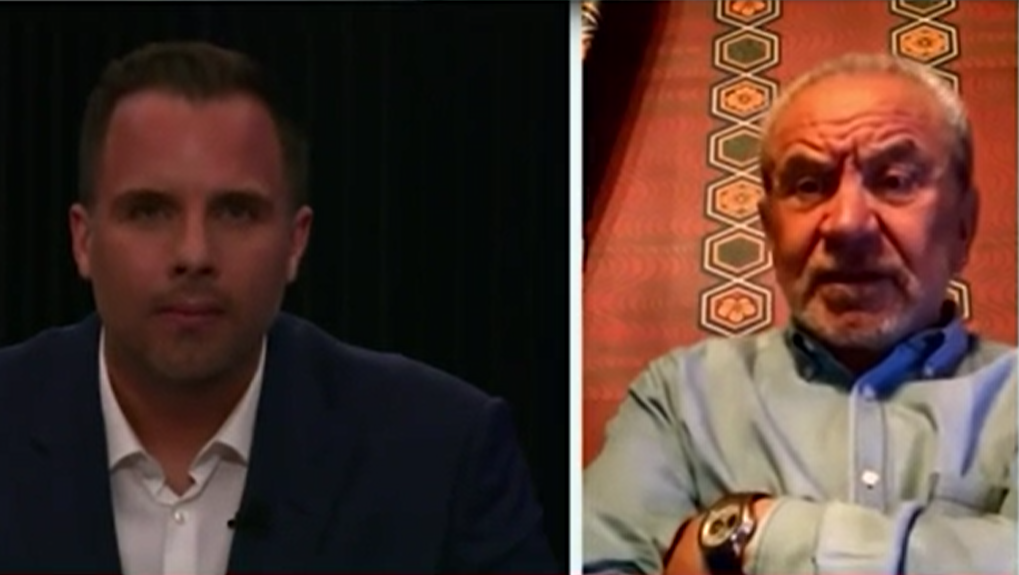 ‘Have you taken the knee?’ Dan then asked.

A confused Lord Sugar replied: ‘Where would I take the knee? In Sainsbury’s?’

‘Well Keir Starmer seems to have done it in an office,’ Dan replied.

‘What a stupid f****** question. I don’t play football, why would I take the knee?’ Lord Sugar added.

Taking the knee has become a topic of debate, with Home Secretary Priti Patel saying today that footballs fans have a right to boo and jeer the England team for the gesture.

‘I just don’t support people participating in that type of gesture – gesture politics, to a certain extent, as well,’ she told GB News.

‘It’s all well to support a cause and make your voices heart bu actually quite frankly, and we saw quite frankly in particular as some of the protests that took place – I speak now very much in what I saw in the impact on policing – it was devastating.’ 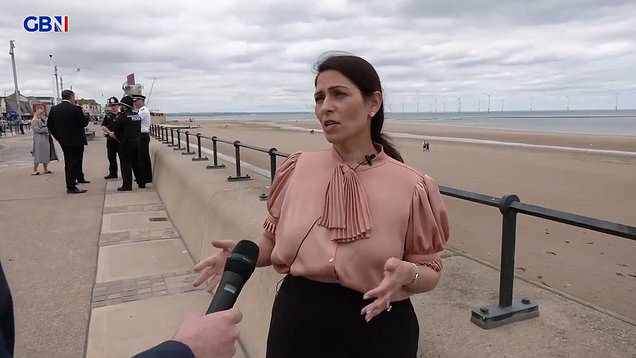 Meanwhile, it’s safe to say it hasn’t been the smoothest of introductions  for the new channel.

GB News suffered technical difficulties just minutes into its launch, with Andrew forced to salvage a chaotic interview that viewers were struggling to hear.

The channel was plagued by further technical issues during the launch of The Great British Breakfast and viewers found it hard to ignore.

Tonight Live with Dan Wooton airs on weekdays at 9pm on GB News.