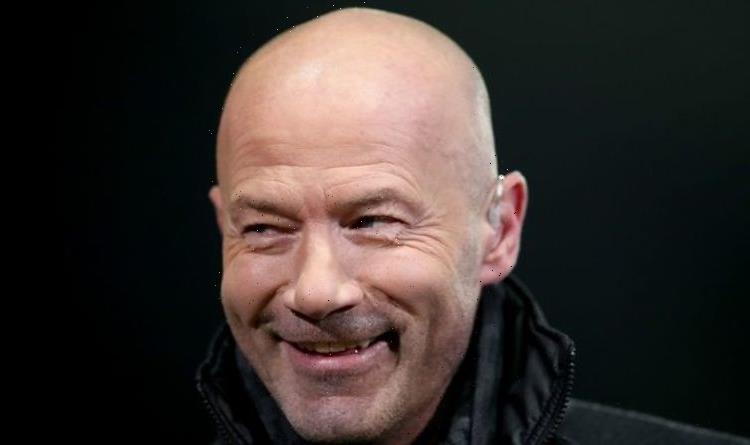 Alan Shearer recalls his 2011 meeting with The Queen

Mr Shearer appears in episode two of Fever Pitch: The Rise of the Premier League tonight at 9pm on BBC Two. The footballer-turned-pundit discusses the controversial 1992 creation of the Premier League with fellow football experts. Tonight’s episode includes discussions around Eric Cantona’s dramatic two-footed lunge into the crowd at Selhurst Park, which he received a 9-month ban for.

The former Manchester United forward launched a kung-fu style kick at Matthew Simmons who had been abusing him from behind the advertising hoardings.

There, the stiker partnered up with Chris Sutton to help claim the clubs only Premier League triumph in 1995, before joining boyhood club Newcastle United where Mr Shearer became a club legend.

Yet Mr Shearer, who is football royalty as the Premier League’s all-time record goalscorer, discussed meeting royalty of a very different kind in 2011.

The Match of the Day pundit met the Queen on a rainy day in Northumberland, and described the meeting to the BBC a year later.

He claimed that his wife even gave him “stick” after Mr Shearer carried the monarch’s umbrella.

Mr Shearer said: “I was told that I would be walking side-by-side with her, I would be carrying her umbrella.

“I got a little bit of stick from my friends and my wife.

“I got home that evening and my wife had seen the pictures on TV and she said to me, ‘if we went out for a walk there’s no way you’d carry my umbrella’.

Mr Shearer, who found the net 260 times in the Premier League, added that he was worried Her Majesty would slip in the wet Northumberland weather.

He said: “I woke up in the morning and pulled the curtains back and thought, ‘Oh no, it’s pouring with rain’.

“With it being slightly damp underfoot, and also there were a few steps that we had to go up and go down, I’m thinking to myself, ‘please whatever happens, do not trip up a step today.’

“And I’m thinking, ‘What if she actually trips up, what do I do then?’

Mr Shearer scored 148 goals for Newcastle between 1996 and 2006 and even had a short and ill-fated spell as club’s interim manager in 2009 where he failed to prevent the Magpies’ relegation to the Championship.

The former footballer admitted that he was worried he would show up the Queen in front of a Geordie crowd.

He said: “I could hear little shouts of my name and I thought ‘Oh no, please don’t’.

“‘It’s great when you say it but not when the Queen’s here.’

“There was quite a bit of it, and of course it was the Queen’s event, not mine, I was just a hanger on.’”

He added: “Of all the pictures of the famous people that I’ve played against […]  in World Cups, European Championships and cup finals at Wembley, my favourite is actually of myself and the Queen carrying her umbrella.”

Watch Fever Pitch: The Rise of the Premier League tonight at 9pm on BBC Two.