The 24-year-old Strictly dancer and Curtis, 22, were attacked by eight thugs during a night out at Nakatcha nightclub in Nantwich, Cheshire on December 27. 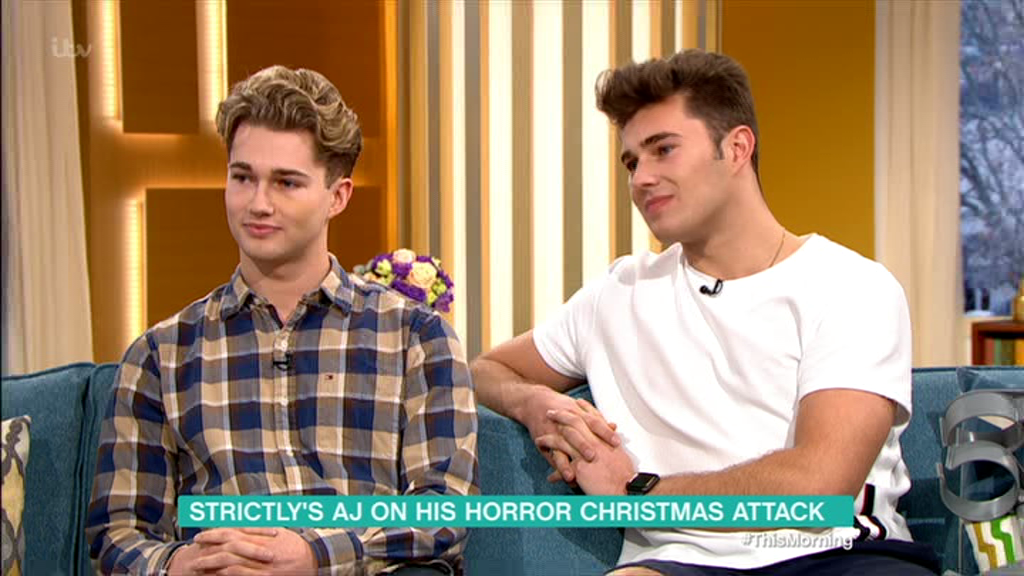 Opening up about the incident, Curtis told Ruth Langsford and Eamonn Holmes that he believes it may have been sparked because of "jealousy" towards them.

Curtis, who is a professional dancer on Ireland's Dancing With The Stars, was left unconscious in the "unprovoked" attack and  has had surgery on his knee.

He said: "I can only say perhaps it was jealousy, because AJ was doing a couple of photos with people.

"He's a good looking lad. I was the one getting asked to take the photos, which is fine."

AJ added: "If someone comes up to me and asks me for a photo, if they do it politely, I'm always going to say yes. 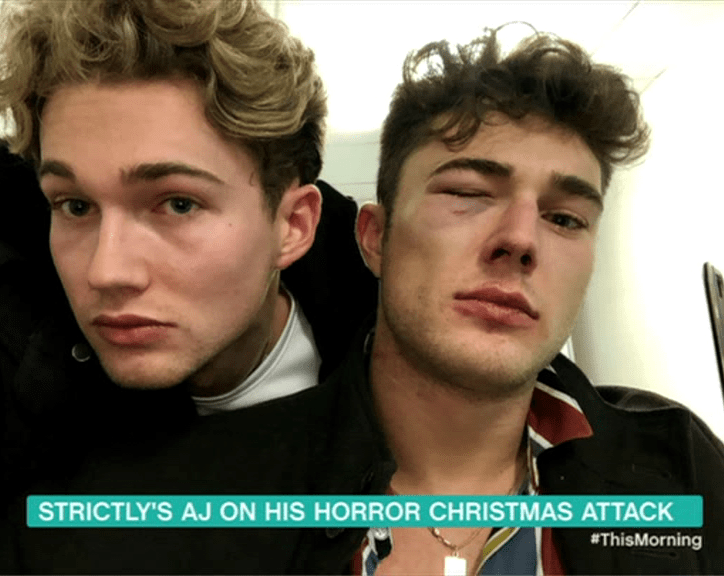 "It [the incident] has made me very aware of putting myself in a scenario of larger crowds.

"The really sad thing in this scenario was that we were just out to have a good time, and it came from nowhere.

"There was none of us in the first place causing a hassle or anything, we were not there for that scenario, that's what is really sad for us."

When asked by Eamonn if he felt the attack was targeted to prevent him dancing again, Curtis said: "I would hate to say because for someone to think like that is a horrible thought."

His Strictly star sibling was left with bruises on his face, arms, body and legs.

Curtis previously told The Sun that he saw four men go for his brother and tried to put himself between AJ and the blows.

After suffering several punches to the face Curtis fell to the floor unconscious. 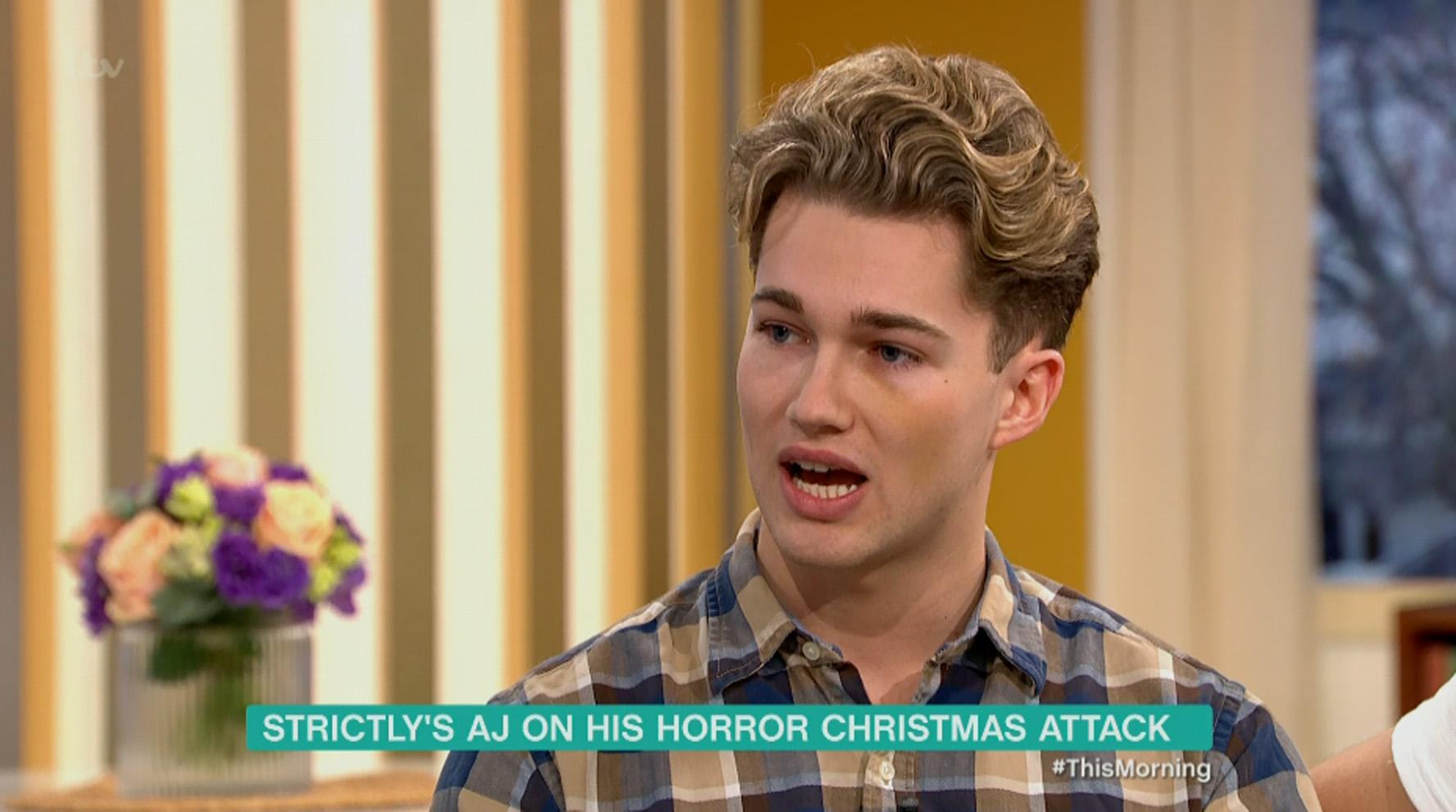 AJ said he had to drag his younger brother away from danger as the nightclub's security moved in to break up the melee.

His T-shirt was left covered in his brother's blood – Curtis had suffered injuries to his shins, nose, lips and face – including an eye that was swollen

Speaking today Curtis said: "We weren't there for trouble at all. We hadn't seen each other for a long time. We wanted to spend Christmas together and have a good time.

"Once it happened the first thing that came to my mind was, 'We're in trouble. AJ is in trouble. We need to get out of this situation.' We weren't there to fight.

"I'm lucky AJ was there, because if I was still stood where I was I would've been in a much worse way. AJ managed to get me out of the situation.

AJ added: "As you turned to your left you were punched, and you were protecting me, taking the full brunt to the face and kick to the body, you start falling and I realised that in this scenario there's no winning."

When asked if they fought back, he replied: "Absolutely not."