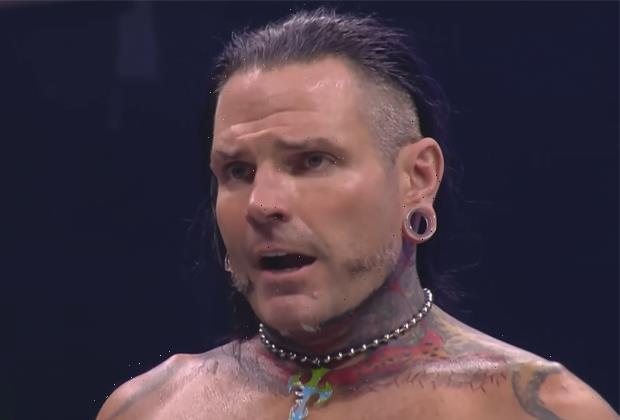 AEW wrestler Jeff Hardy has been suspended indefinitely following his arrest Monday on suspicion of driving under the influence of alcohol.

In a statement released on Tuesday, CEO Tony Khan said that AEW “does not condone Jeff’s alleged behavior.”

Khan continued, “We’ve made it clear to Jeff that we’ll assist him in getting treatment for substance abuse issues, which he has indicated that he’s open to receiving. In the interim, he is suspended without pay, and he can only return to AEW upon successfully completing treatment and maintaining his sobriety.”

Hardy, who made his AEW debut on the March 9 episode of AEW: Dynamite, has been charged with a DUI, driving with a suspended license and violating a restriction that required him to keep an Ignition Interlock Device — a handheld breathalyzer that prevents users from starting their vehicle after drinking alcohol — in his car.

According to the Daytona Beach News-Journal, this is his third DUI offense in 10 years, making it a felony charge.

Hardy was pulled from the June 1 episode of Dynamite after sustaining an injury during his match against the Young Bucks at the recent “Double or Nothing” pay-per-view.

Matt Hardy confirmed his brother’s injury on his podcast, “The Extreme Life of Matt Hardy.”

“I was happy with the match, especially considering very early on in the match, Jeff was almost knocked out,” he said. “He got hurt pretty bad. That’s why [he was] pulled from the match in Los Angeles, obviously, so he was kind of running on fumes going through the match. So he held up his end of the bargain pretty good in the big scheme of things.”