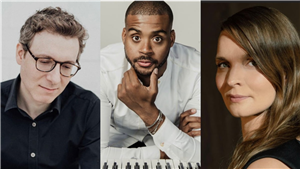 Hildur Guðnadóttir, Kris Bowers and Nicholas Britell will curate the L.A. Philharmonic’s ”Reel Change“ programs, which mix their own music with compositions that inspired them 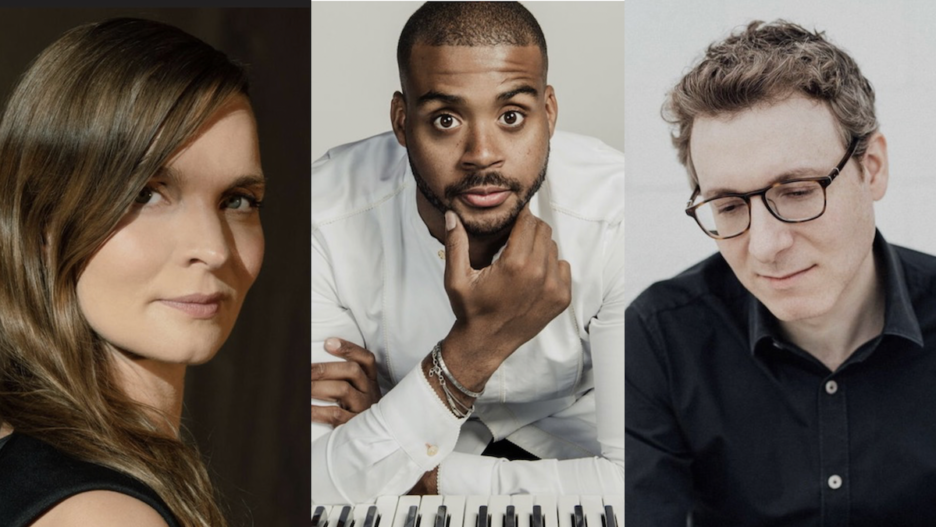 The Los Angeles Philharmonic has been heavily interested in film music in recent years, performing concerts featuring everything from “Black Panther” to “Home Alone” and “The Princess Bride” to “Dr. Jekyl and Mr. Hyde” this season at Disney Hall and the Hollywood Bowl, and also playing on the stage of the Academy Awards in 2019. But its boldest foray into film music may come this weekend with Reel Change, when the orchestra will devote three Disney Hall programs to music curated by composers Hildur Guðnadóttir (“Joker”), Kris Bowers (“Bridgerton”) and Nicholas Britell (“Moonlight”).

The events, which take place on Nov. 19, 20 and 21, could be a way for Bowers and Britell to show off new, awards-eligible music from “King Richard” and “Don’t Look Up,” respectively, and for Guðnadóttir to remind concertgoers of the score to “Joker” for which she won the Oscar in 2020. But they’re also adventurous evenings in which the three composers’ work will be mixed with film scores and concert pieces that have influenced them, including music from modern composers like Arvo Pärt, György Ligeti, Mica Levi, Jonny Greenwood and Björk.

“The idea was to put a focus on the fact that film music can also be concert-hall music,” Icelandic composer Guðnadóttir told TheWrap. “But it’s not just film music – it’s music that has inspired me and people of my generation throughout the last couple of decades.”

Guðnadóttir’s program will include a cue from the Oscar-winning “Joker” score (“the hit,” she said, laughing), as well as selections from the music she and Sam Slater wrote for the new video game “Battlefield 2042” and a concert piece, “Under Takes Over,” that she wrote a decade ago. In between those selections, she’s including music from film composers Ryuichi Sakamoto and Mica Levi, plus often uncompromising compositions from Alvin Lucier, Kaija Saarihio, Arvo Pärt, György Ligeti and Henryk Górecki.

Bowers’ evening will lean more heavily on his own compositions, with the world premiere of his Concerto for Horn and medleys of his scores to “King Richard,” “Green Book,” “When They See Us” and “Bridgerton.” It will also include what he calls his “Inspirations Medley,” consisting of selections from composers including Shigeru Umebayashi, Ryuichi Sakamoto, Owen Pallett, Arcade Fire, Björk, Jason Moran and John Brion.

Britell’s program includes selections from four of his scores – “Vice,” “The Underground Railroad,” “If Beale Street Could Talk” and the new “Don’t Look Up” – as well as film music from Mica Levi (“Jackie”), Gary Yershon (“Mr. Turner”), Terence Blanchard (“Malcolm X”), Jonny Greenwood (“There Will Be Blood”) and Kathryn Bostic (“Toni Morrison: The Pieces I Am”). 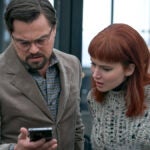 Bowers and Guðnadóttir are in their 30s while Britell is 41. They’ve all begun to achieve recognition in recent years, with Guðnadóttir winning the Oscar and Britell receiving nominations for “Moonlight” and “If Beale Street Could Talk.” Bowers has yet to be nominated for his music, but he was nominated earlier this year for co-directing the documentary short “A Concerto Is a Conversation,” about his writing of the horn concerto and about his grandfather’s move to Los Angeles from the Jim Crow South.

“They wanted to do a whole series about the new generation of film composers, and the opportunity to curate an evening with one of the best orchestras in the world was something I couldn’t say no to,” Guðnadóttir said.

The hardest part, she said, was limiting her selections to around an hour of music, and figuring out how much of her own work to include. “I could have easily done a whole week of concerts with music that has inspired me and other composers.  And in some ways, I was more excited to hear music from other people than my own music. So I chose pieces that I selfishly wanted to hear performed.”

Her own composition “Under Takes Over,” she added, was designed to be an overture of sorts. “I wrote it 10 years ago, and it sort of illustrates what my thought process has been over that time,” she said. “Even though people know me best for the films I’ve done in the last two years, I’ve been forming this way of thinking about space and live performance and exploration for about 20 years. I’ve been twisting the perception of music and time and space and doing lots of experiments with the concert form, so I thought it would be fun to include one of the older pieces where you can see the sense of exploration.”

Guðnadóttir’s program will take place on Friday evening, Bowers’ on Saturday evening and Britell’s on Sunday afternoon. More information is available at laphil.com.