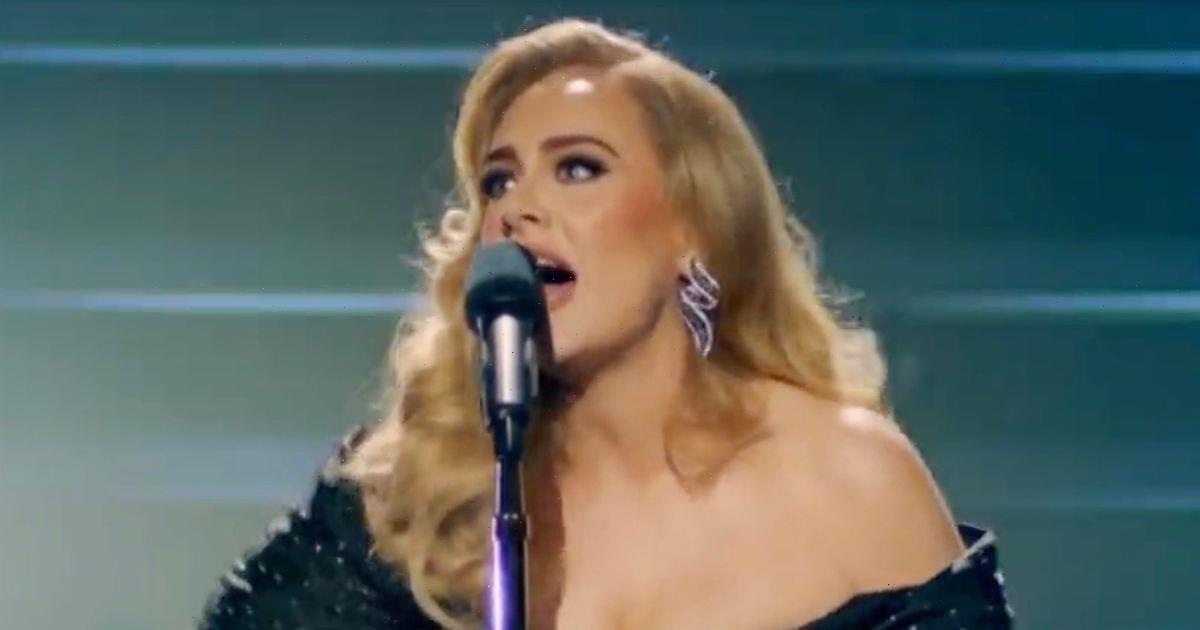 Adele had to restart Easy On Me during her Audience With concert after telling the audience how nervous she was to perform.

Taking to the stage in front of a wall of A-listers, Adele began to sing her newest album’s debut track before abruptly stopping.

After singing some of the lyrics, Adele dropped the mic and turns to the pianist to say: “One more time, I’m sh***ing myself”.

The crowd proceeded to applaud Adele as the camera panned round to show Boy George giving the singer a standing ovation, as Don't Start Now singer Dua Lipa cheered her on.

After taking a sip of her drink and composing herself, the 33 year old started the song again.

As well as performing several of her hit songs, Adele was asked questions by the audience –including by celeb pal Alan Carr.

Adele, who’s known for writing songs about her romantic experiences, was asked if one of her exes wrote a song about her, what would it be called, and why?

“Probably be called ‘no-one like you’ I imagine,” she joked in response.

Get exclusive celebrity stories and fabulous photoshoots straight to your inbox with OK!'s daily newsletter . You can sign up at the top of the page.

“I can’t imagine any of them would really be able to do it, because most of them couldn’t even do a normal daily task… most of them, not all of them! So yeah, I don’t think they could get away with it,” Adele further quipped.

Adelewas also asked a question by Hollywood actor Emma Thompson, who was spotted having a ball at the intimate concert.

Emma asked the Hello singer who had inspired her when she was young, to which Adele replied with her high school English teacher Miss McDonald.

“She was so b****y cool, so engaging, and she really made us care, and we knew that she cared about us and stuff like that,” the singer gushed.

"She used to have all these gold bracelets and gold rings. She was b****y cool and so relatable and likeable, that I really looked forward to my English lessons.”

Miss McDonald then emerged from the audience to come greet Adele on stage, leaving the singer in floods of tears.

For updates on all your favourite celebs, sign up to our daily newsletter here .