ABC and NBC are leading preliminary Election Night broadcast ratings. The networks ranked as No.1 in the non-time zone adjusted fast nationals among total viewers (ABC) and adults 18-49 (NBC). Because the election night coverage was live coast-to-coast and spilled into late-night and early Wednesday morning, the primetime fast nationals represent just a snapshot of the election night ratings performance. Full picture is expected later today, including numbers for cable news networks, which have emerged as a dominant ratings force in political coverage.

A dominant ratings performance of ABC Evening News may have carried over to election night, with ABC eying a first viewership crown in a long time. But, like the election results themselves, the ratings race may be too close to call, with ABC leading by a small margin, 5.9 million vs. 5.7 million viewers in the non-time zone adjusted fast nationals. NBC’s lead in the adults 18-49 demo is 1.7 rating vs. 1.5 for ABC. The other two networks followed, CBS (4.4 million, 1.1) and Fox (3.7, 1.2), which tapped into Fox News coverage.

NBC has traditionally won the election night broadcast viewership battle; it topped ABC, CBS and Fox in 2016 and 2012, with ABC finishing second both times. The order of the networks in the fast nationals has stayed the same when final numbers are released.

In 2016, the ratings results were reported using metered market numbers, which are time adjusted. But last year, Nielsen changed its methodology, so comparisons are impossible. Broadcast linear ratings have been consistently eroding over the past decade, and on Election Night 2016, all four major broadcast networks posted declines vs. 2012. However, the 2020 election has seen a huge turnout, which could translate into more eyeballs following the results.

We will update the story as more ratings data comes in. 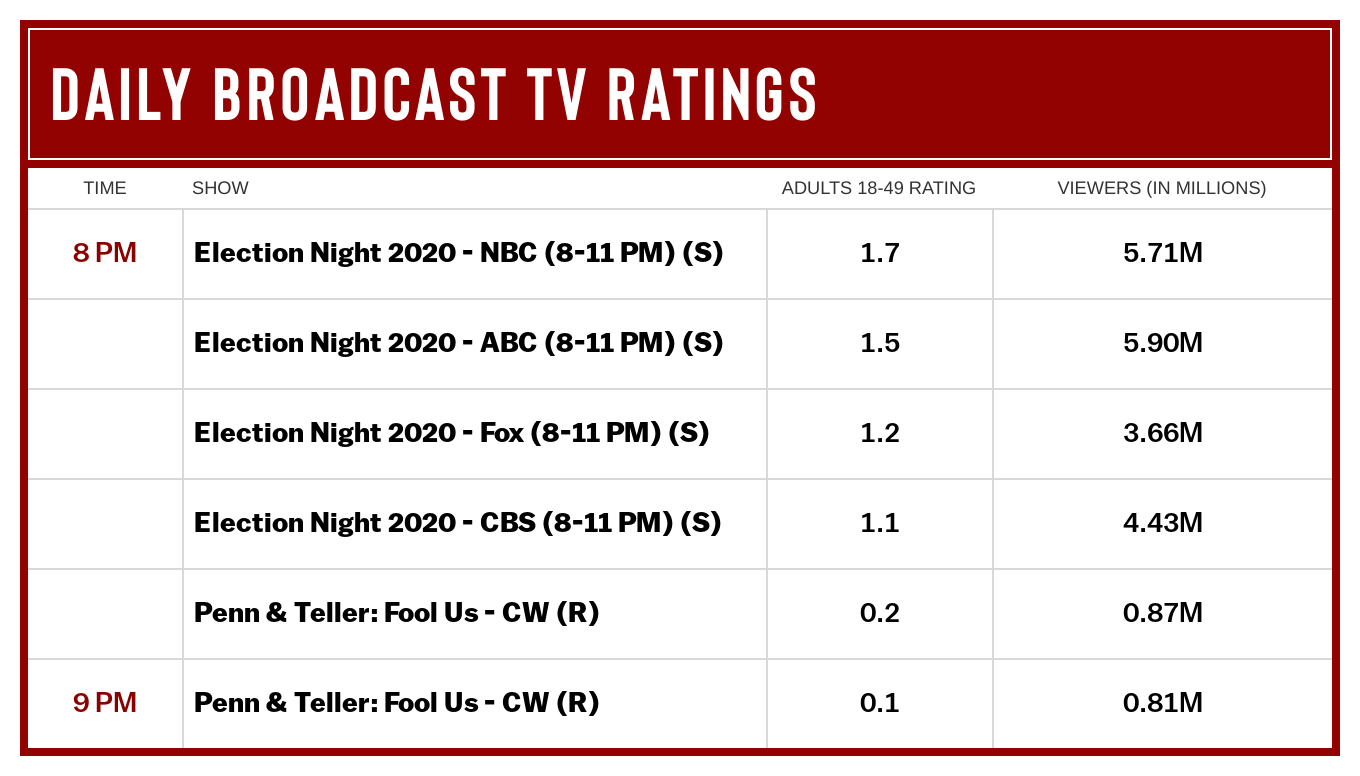