The ABC has made minimal changes to its 2019 radio lineup, charging ahead with double-header breakfast shows and shorter flagship news and current affairs programs.

On Wednesday, the ABC confirmed Red Symons replacements Jacinta Parsons and Sami Shah would stay on in the new year in Melbourne despite their ratings lagging behind their predecessor. 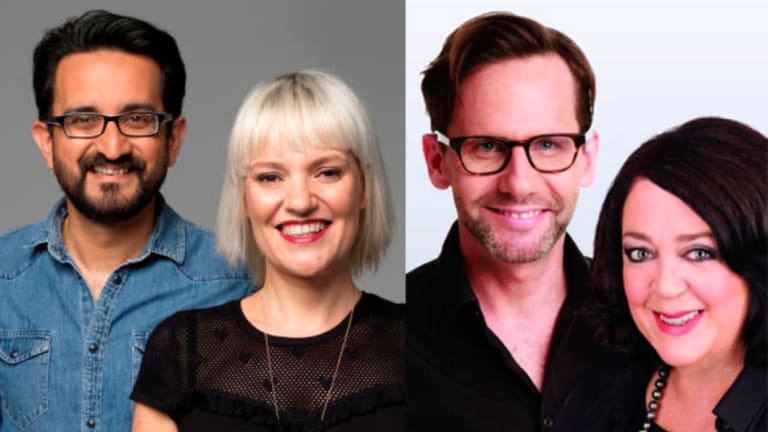 In Melbourne, former Letters and Numbers co-host David Astle has been confirmed as Lindy Burns' replacement in evenings. The former presenter announced in October that she had decided to move back to Newcastle to spend more time with her family.

Acting head of ABC local and regional radio, Judith Whelan, said the 2019 radio lineup was about consolidating the massive changes made at the start of the year.

"We saw significant change to our programs and lineups in 2018," she said. "We've worked hard to bed in those changes are now seeing a positive response from our audiences. Next year will be about playing to our strengths – getting our programs into the local and regional communities and collaborating with our colleagues in ABC Television and ABC News on the big national stories."

Radio National's lineup will be slightly different next year, especially for those who tune-in on weekends.

Saturday mornings will see a new sports program called Sporty, with presenter Amanda Smith also focusing on health and fitness in general. The show will air on Saturdays from 10.30am, replacing RN's best-of segment In Case You Missed It.

Radio National is also shedding The Wheeler Centre's Talkfest program in favour of a best-of the ABC's Big Ideas program. Also going is The Moth Radio Hour, syndicated from the United States, in favour of a new program called World Docos.