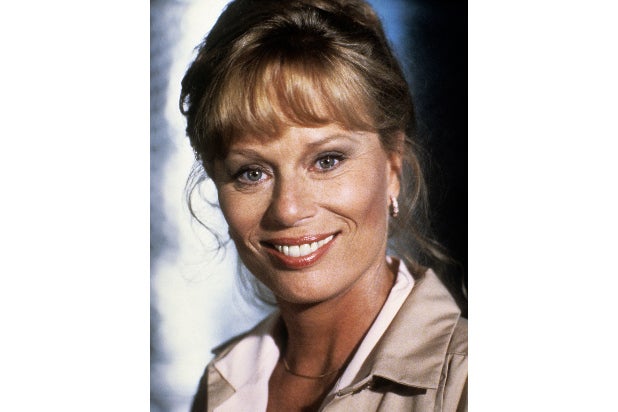 Abby Dalton, the soap opera star known for her roles on primetime shows “Falcon Crest” and the “Joey Bishop Show,” has died at her home in Los Angeles. She was 88 years old.

The specific cause of Dalton’s death is not confirmed. “Emmy-nominated actress Abby Dalton passed away this past week,” representatives said in a statement. “Described as beautiful, generous and glamorous, Abby was terrific at off-the-cuff humor. She leaves behind her husband of 60 years, Jack D. Smith and their three children, Matthew, Kathleen and John. She is also survived by her grandchildren Mac, Jack, Ayden Grace and the newest member of the family, her great grandson, Mathias.”

Born Gladys Marlene Wasden in Las Vegas during 1963, Dalton’s career in television began in 1957 and spanned over 50 years. She was best known for her role as winery heiress Julia Cumson in the 1981 sitcom “Falcon Crest,” which saw her play opposite actress Jane Wyman — whose work on the Jane Wyman Theatre show inspired Dalton’s first film role in the movie “Rock All Night.” Dalton was a mainstay on “Falcon Crest” for five years until the show concluded in 1986.

Dalton’s widespread appeal also made her the object of desire for many on and off-camera in the 1960s –in 1958, Clint Eastwood and James Garner got into a fistfight over her affection in an episode of the sitcom “Maverick.”

“She made her work look effortless,” Dalton’s representatives said.

Dalton was also well-known as as Navy nurse Martha Hale on “Hennesey,” a military-themed comedic drama that aired for three seasons beginning in  1959 — and Dalton’s portrayal of Hale later saw her nominated for the 1961 Emmy Award for outstanding performance in a supporting role by an actor or actress in a series.

In addition to her acting career, Dalton boasted a “vast range of quite random knowledge” and was a frequent competitor on quiz shows. “She was a mainstay panelist on the famed Hollywood Squares alongside Cliff Arquette, Wally Cox and Rose Marie. She was also a semi-regular panelist on both Match Game and Super Password,” representatives said.