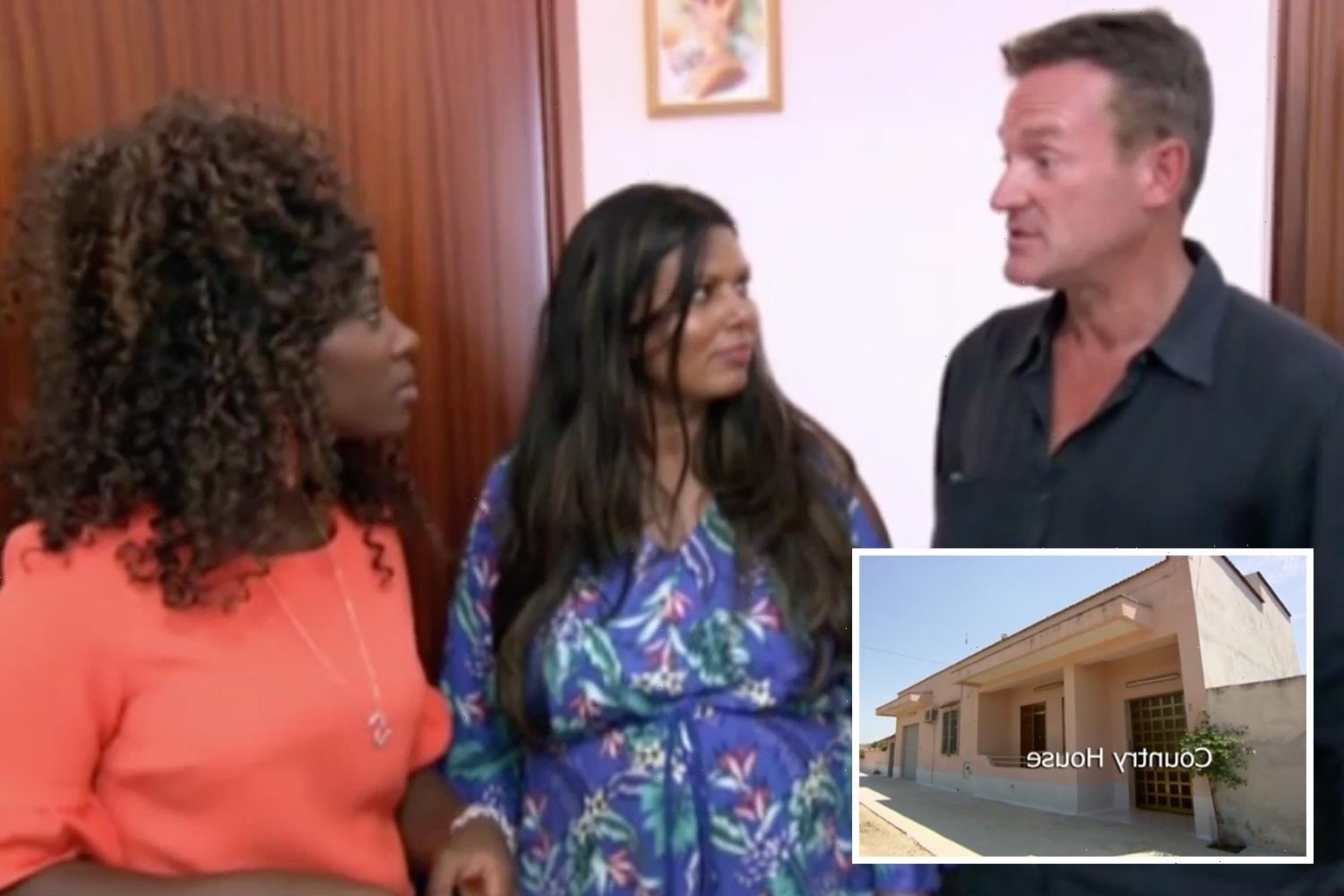 A PLACE in the Sun host Scarlette Douglas has been left mortified after a guest dealt a crushing blow to a promising property.

The TV host was in Sicily in souther Italy trying to find a holiday home for couple Clive and Shami within their £180,000 budget. 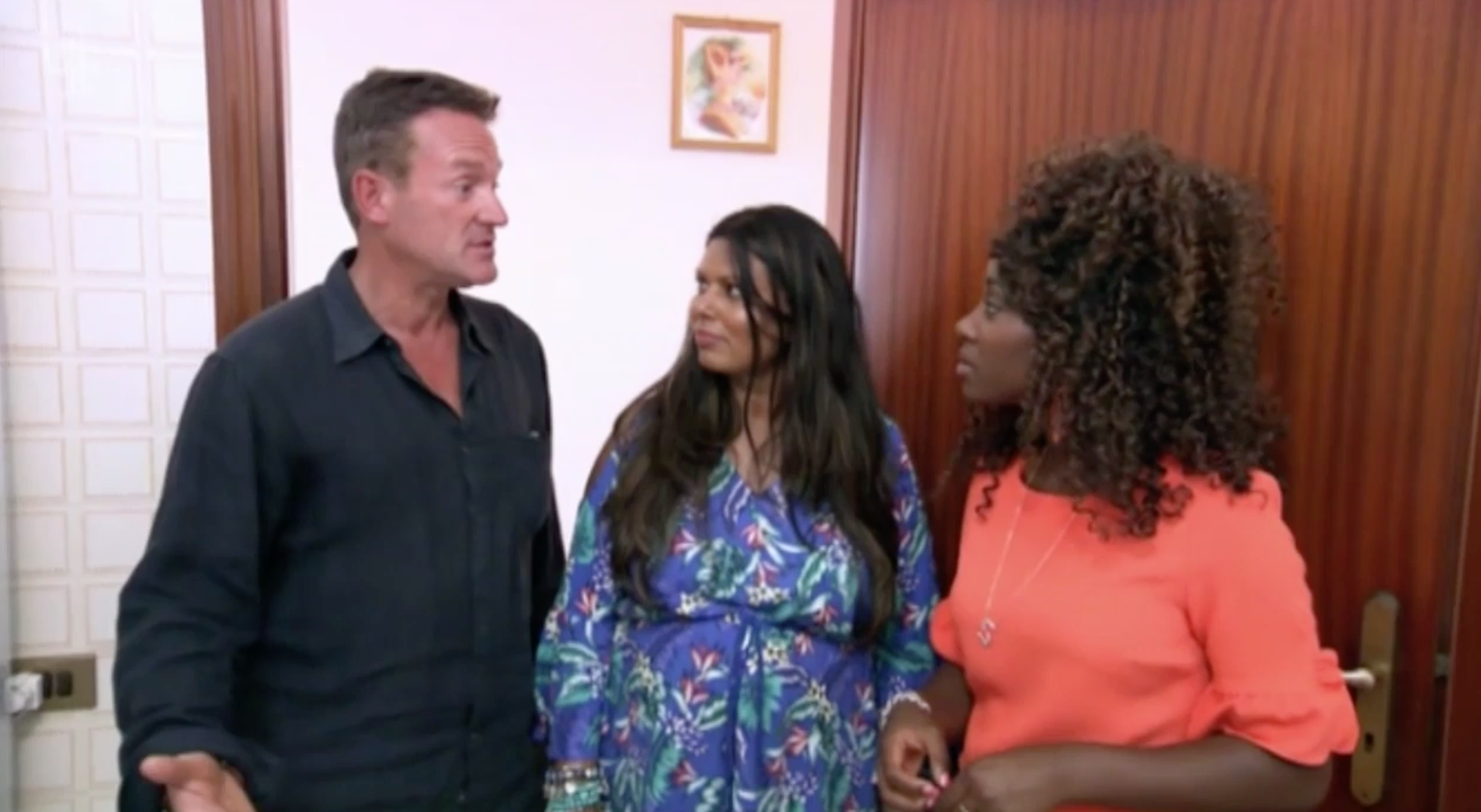 Scarlette got straight down to work looking for the ideal place for the pair, who met in the frozen food aisle of a supermarket eight years ago.

Coming on the Channel 4 show, the Clive and Shami, who live with their three cats, admitted they had never been to Sicily before.

Nonetheless, Scarlette was "confident" they would find their dream home there – bringing them five fresh properties to view.

However, her hopes were soon dampened when the couple slammed the first property as looking like "a student flat". 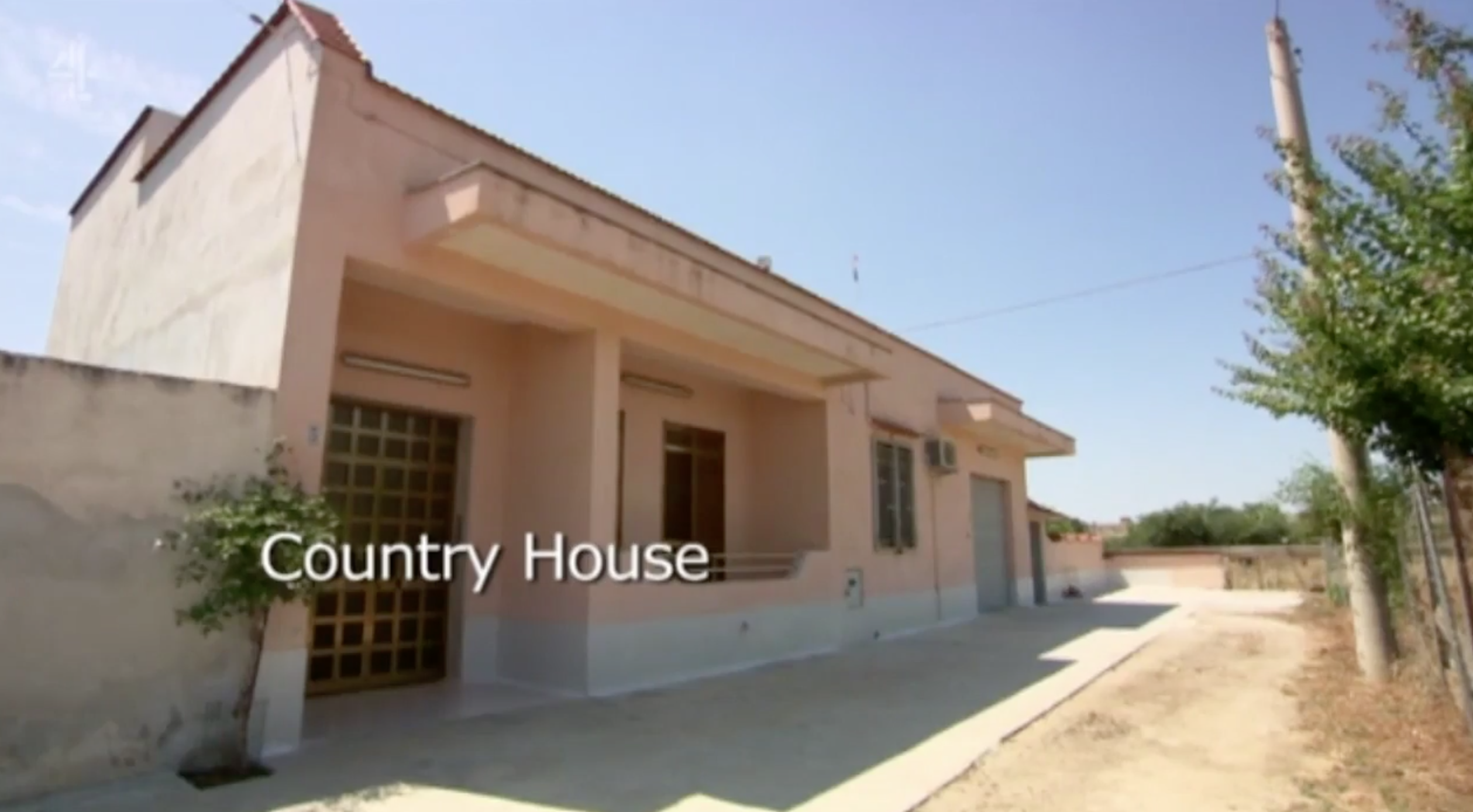 The three-bedroom home in the harbour town of Mazara del Vallo was located right next to the beach, and came in under budget at €110,000.

Her first option was a three-bedroom house in the harbour town of Mazara del Vallo located right next to the beach valued at just £96,400.

There was plenty of outdoor space with a large garden to grow their own vegetables, and even enough land to build a small swimming pool.

Looking around the outside, Clive said he felt the home was "remote" and "isolated" as he immediately got a bad feeling about it. 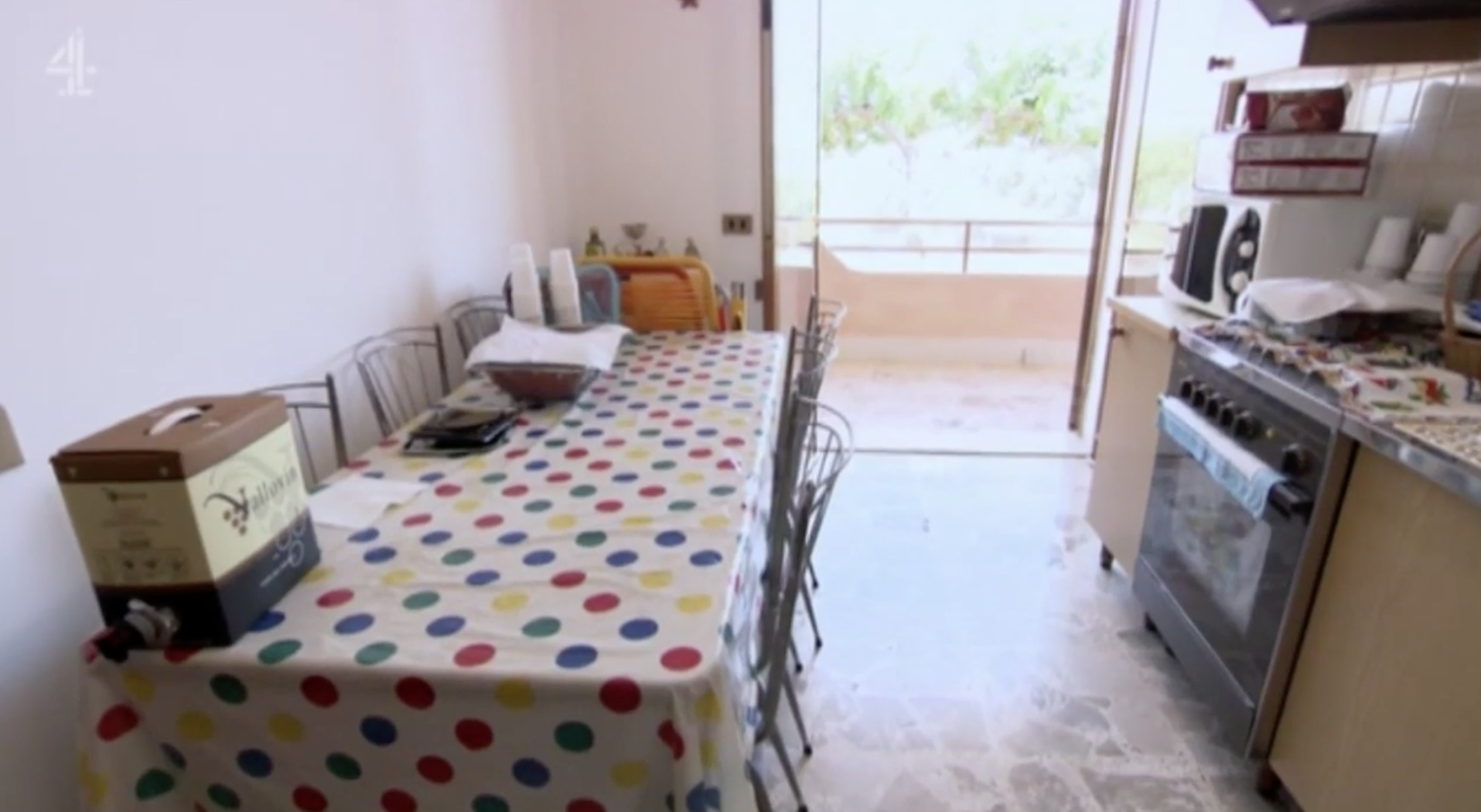 Scarlette tried to convince the pair by saying it was only a ten-minute walk from a small town, but outdoor space meant having to be on the outskirts.

Inside, the couple hated the dining room, which they said was too small, and criticised the busy and cramped kitchen.

Clive immediately hit out: "This reminds me of my first student flat," to which Scarlette lamented: "Oh no, really?"

He added, comforting her: "It's not your fault, it's just the amount of work needed is just not something I'd want to get involved in." 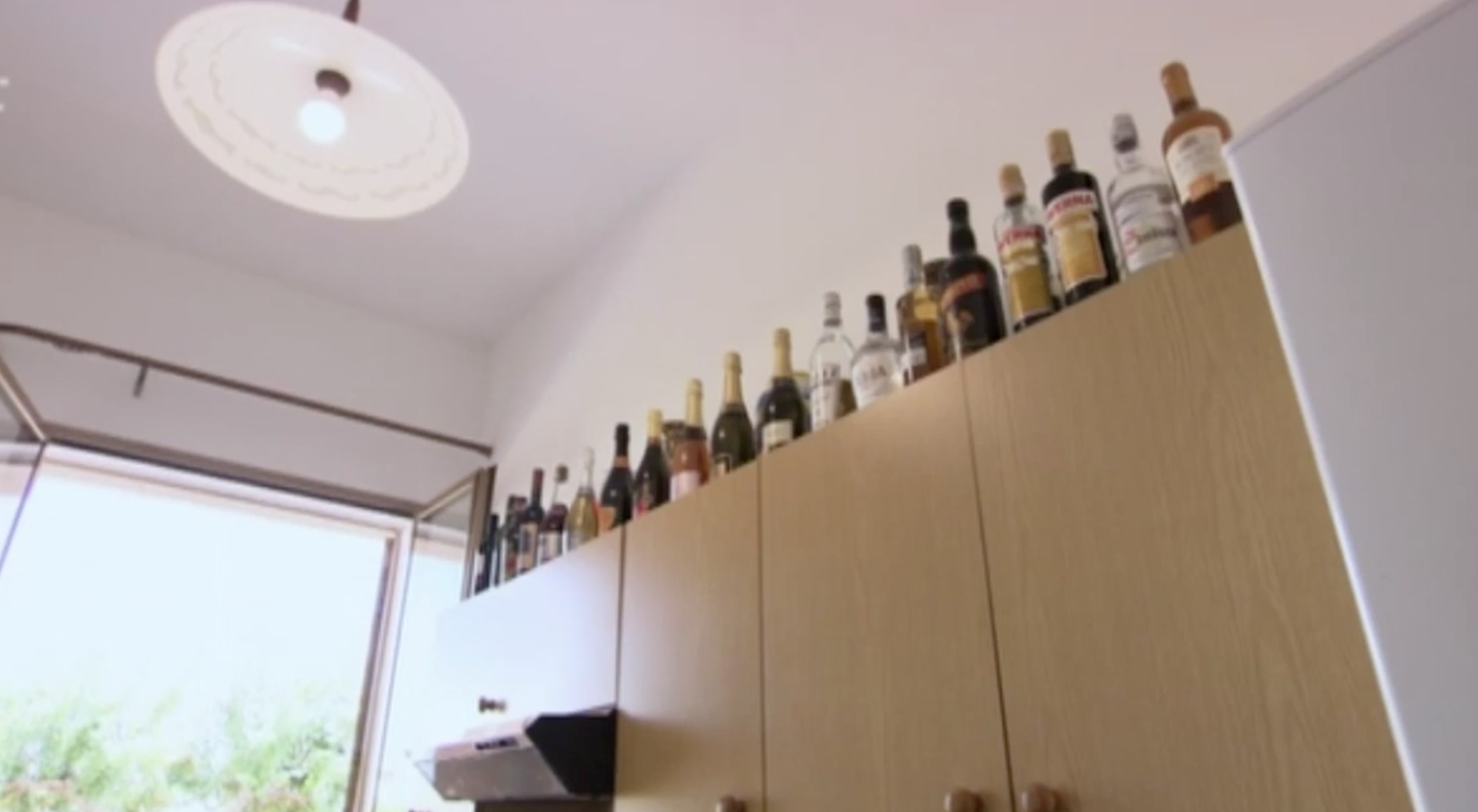 The following viewing were equally difficult for Scarlette as the couple struggled to find anything they liked the look of.

She pinned all her hopes on the fifth and final property, a three-bedroom villa in Mazara del Vallo, valued over budget at £225,000.

Clive loved the place and wanted to put an offer down, but was hesitant as he didn't "want to let anybody down" before selling his properties in the UK.

When Scarlette asked why he wouldn't make an offer subject to the sale, he explained: "It's better to have a clean slate and not complicate things in my opinion."

At the end of the programme, the TV host explained, however, that the couple had sold one home and had booked another trip to Sicily.

The couple planned to return to view the fifth property again before making a final decision on whether or not to buy it.