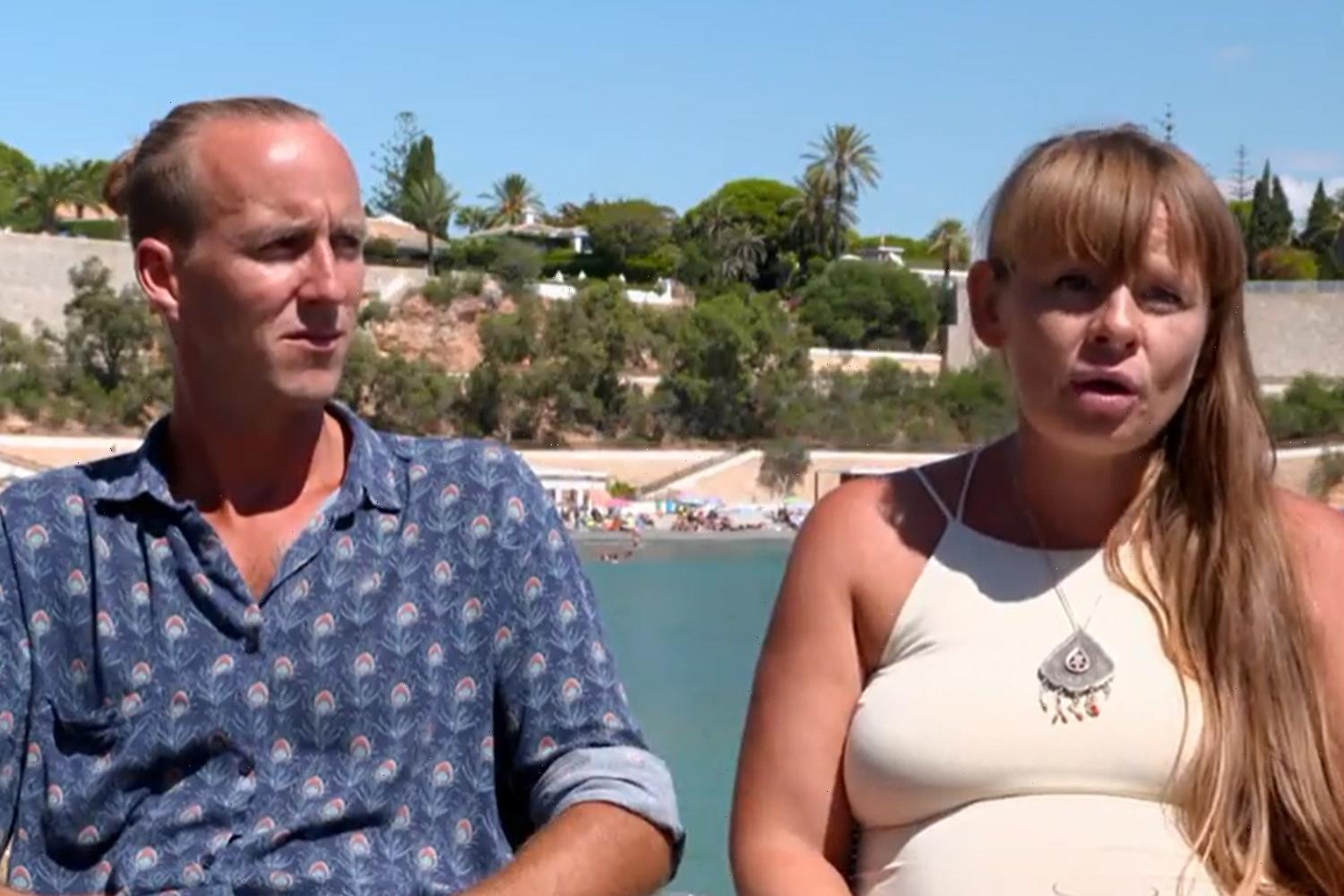 Despite the relative happiness that the show should bring, there have been numerous arguments and walkouts happen on Channel 4's home improvement series. 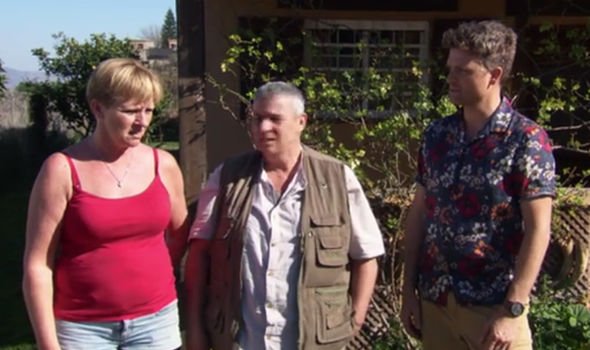 From couples bursting into tears mid viewing to explosive in-fighting leading to walkouts on set, there has been no end to the drama that ensues when buying the perfect home abroad.

Here are The Sun's picks for the most dramatic and outrageous meltdowns on the show:

Explosive couple argument leads to one party walking out

Presenter Danni Menzies has revealed that one couple were pushed to the limit during their search, leading to an almighty off-camera row.

The heated exchange led one of the couple to go missing, causing panic among the crew.

Danni told Metro.co.uk : "We've had a couple who had the biggest barney ever.

"When we finished filming one day, one of them disappeared and we were like, 'Oh my God, we're not going to be able to finish the show, where are they?'"

Thankfully, the missing party was eventually found and the couple were able to continue filming the episode.

Awkward row between a couple led to an outburst of 'it's my apartment NOT yours!'

One episode of the Channel 4 show saw presenter Scarlette Douglas show house hunter Donagh around Valencia in Spain in search of his dream property. 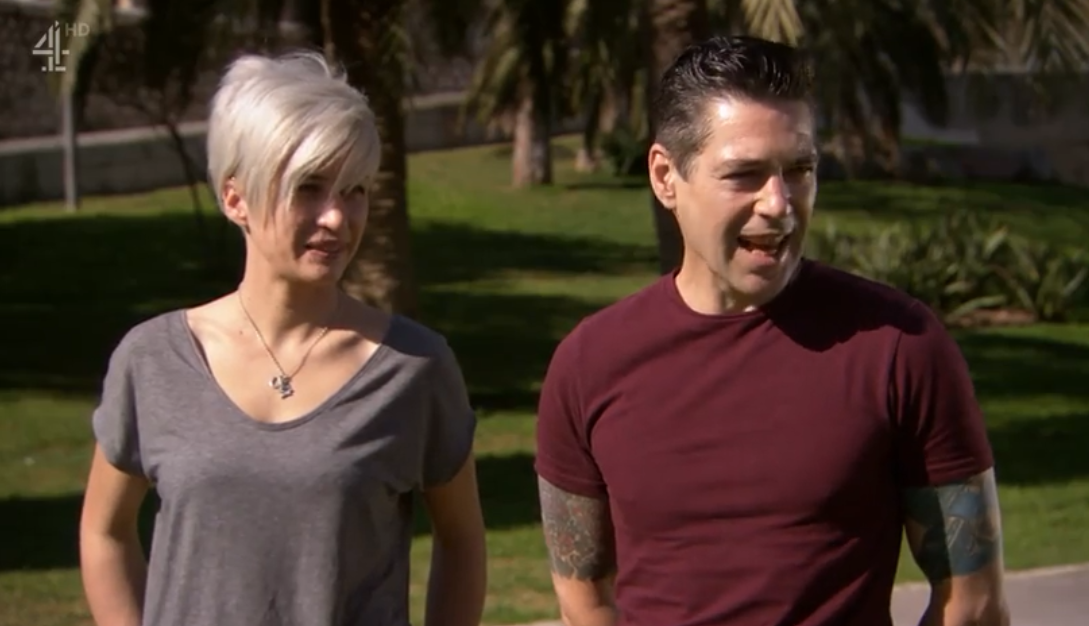 Donagh was joined by his best friend Amy for moral support, but one awkward moment saw his bestie chip in a little too much when it came to what the property specifications needed to be.

Scarlette asked Donagh: “So what exactly are you looking for from a property here then?”

He replied: “Somewhere where I can really live outside. I want a big terrace.

“A nice kitchen and at least two bedrooms. I need at least one spare bedroom for friends and family.”

Amy then chipped in, saying: “Preferably with an en-suite.”

As Donagh let out a big sigh, Amy added with a joke, "and a hot tub".

As the trio laughed somewhat awkwardly, Donagh firmly reminded his pal: "It’s my apartment, not yours, alright?”

Scarlette then asked Amy what she would want in the property Donagh chose, and he joked: "She’d want a key!”

While house-hunter Jacqueline got busy listing what the couple had appeared to have already discussed, host, Scarlette Douglas was left shocked by their added demands. 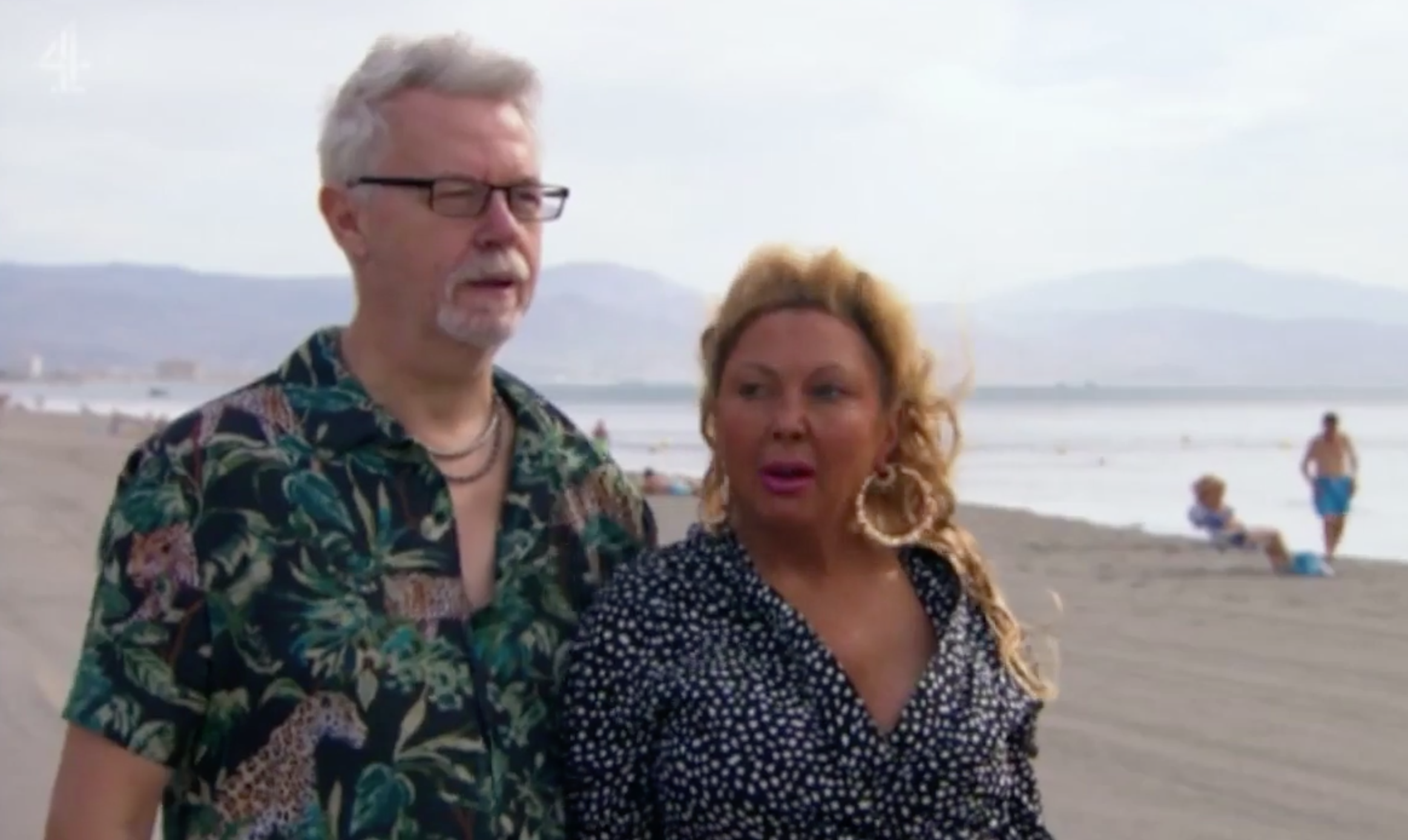 She asked Chris and his wife what they'd like from a property, to which he began listing off numerous demands:

“I definitely would like a sea view, if I can’t see the sea it’s pointless me being here,” Jacqueline joked, as Chris added: "As long as we don’t have to look at it through binoculars then we’re fine.”

Jacqueline added that she would "love" a pool, Chris said it didn't "have to be an Olympic size one", just enough for a small swim every now and then.

“A two bike space," Chris told Scarlette of his hopes, taking Jacqueline totally by surprise as she looked shocked and turned towards him. 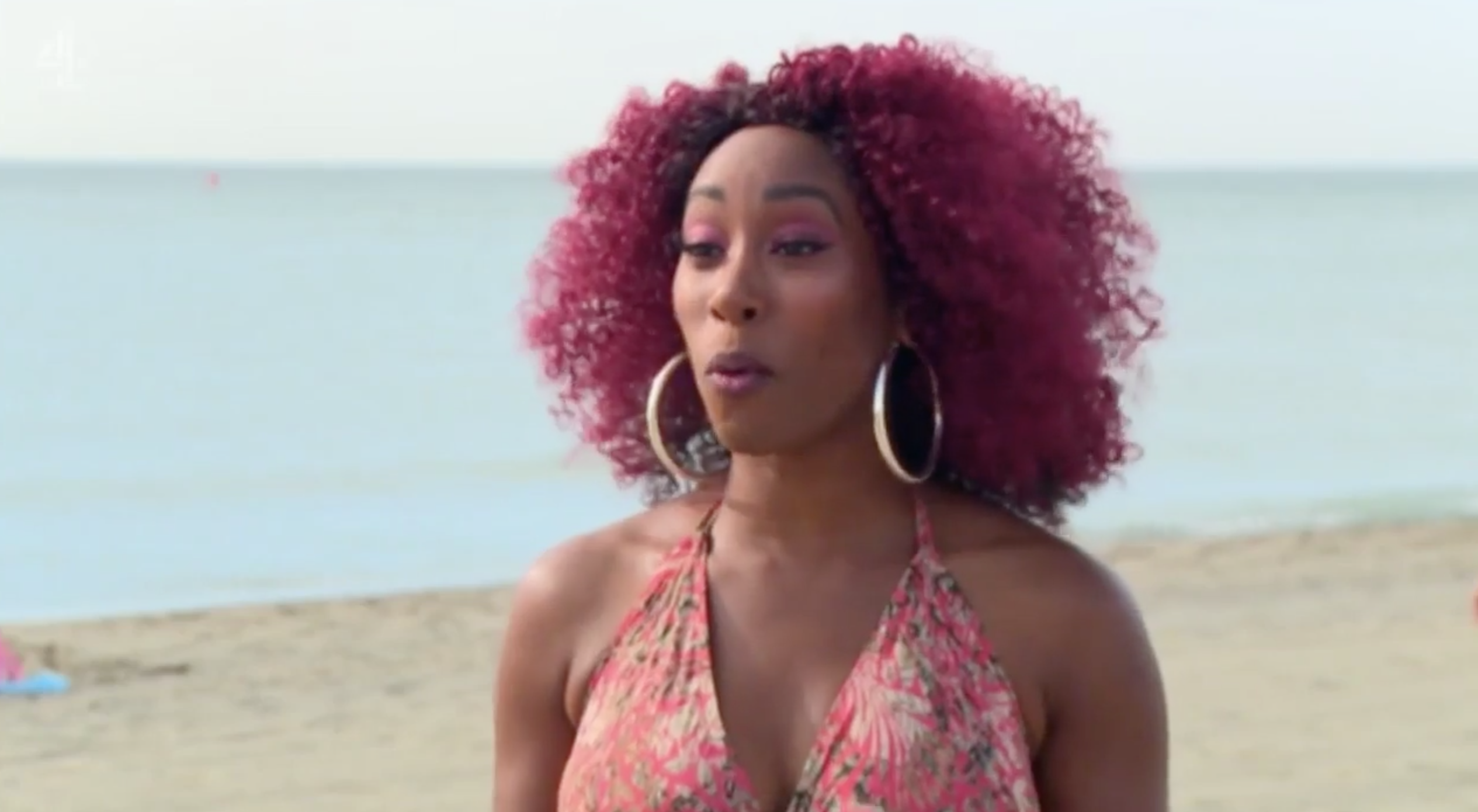 "Flipping heck! How many?" she interrupted her husband, who continued to go one about his requirements for their dream house.

Despite their long list of demands and butting heads a little, Scarlette quickly got to work with five fabulous property that fit the bill.

Ali and Sue were looking for a Spanish property to get some more sun and hoped to relocate permanently.

Their search started well with the couple willing to look at properties further away from the beach, but the mood quickly changed. 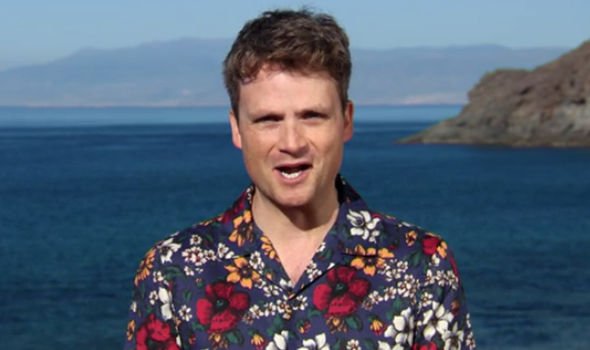 With their budget of just £70,000 they were hoping to find a two-bedroom villa that had lots of space for their German shepherd dog.

“We don’t do the beach,” Sue told Ben when he asked if they would be willing to move inland.

The couple were taken to 4 different properties in and around their price range, but nothing seemed good enough for the couple. 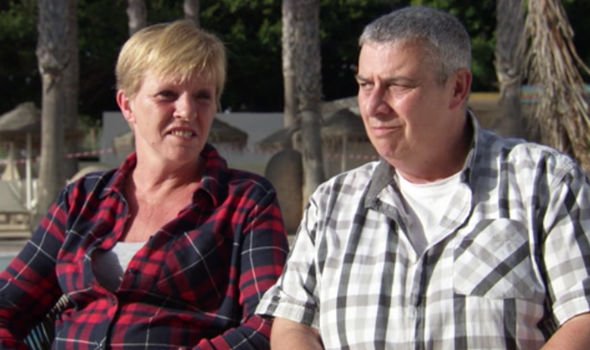 He was met with silence before quipping: “Don’t jump up and down all at once.”

Sue quickly hit back: “Well it’s not a lot under budget, is it?”

“I’m going to let you look at this one on your own.

“I’m trying my best but if it’s not one thing, it’s another.” 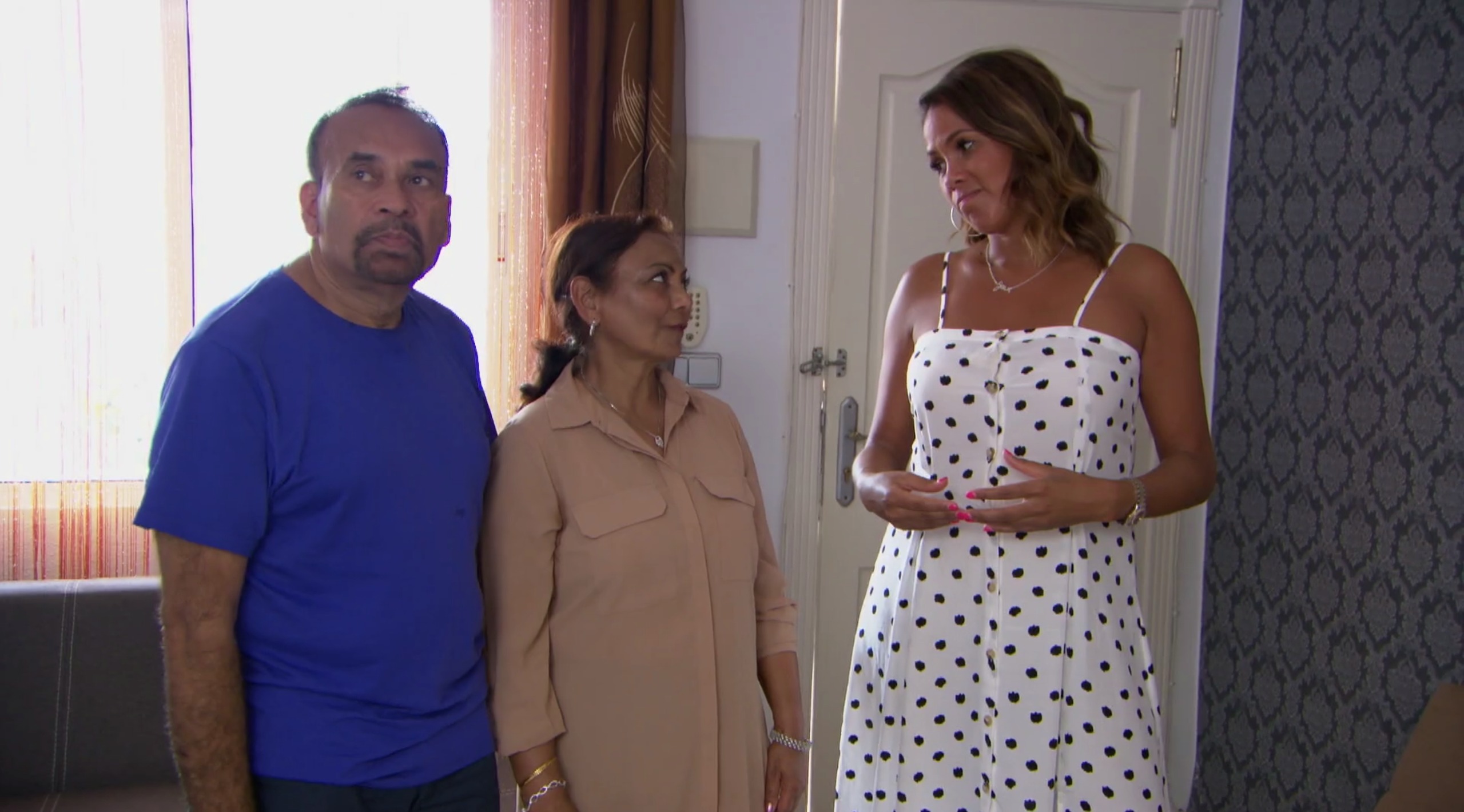 Kamlesh and Sukhwinder, a couple looking for a house in Spain, very extremely critical of Jean Johansson's picks, leading to her to hit back.

"It looks nice, it looks old and traditional – but I think it's tight," the couple described the space, adding they felt it was closed in.

Hitting back at the criticism, Jean sternly replied: "I worked hard to find this one and it does offer a lot for you and your family."

"Also, you're on the bus route here to Alicante airport so there are good transport links," she continued as Kamlesh and Sukhwinder looked bewildered. 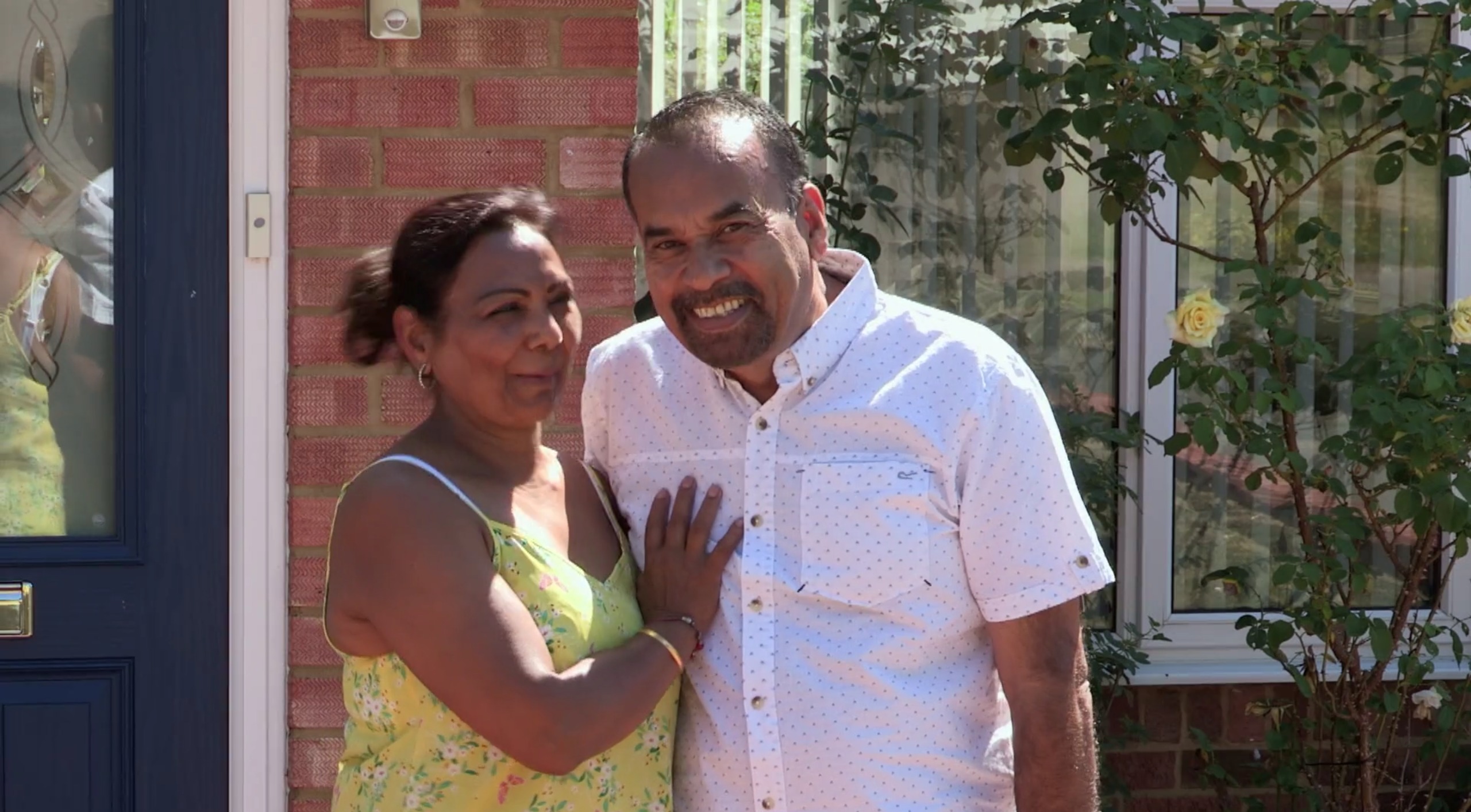 She told the cameras after the couple had walked away: "I've managed to deliver on most of the criteria but I just don't think they're feeling it."

At the end of the episode, the host explained that the husband and wife duo still had not brought a winter home in Spain.

As host Jasmine Harman left Catherine and her husband to finish touring houses on their own, the mum of two admitted her disappointed: "It’s a real pity.

"I had high hopes for this place with its fabulous viewers but the steep hill makes it a non-starter." 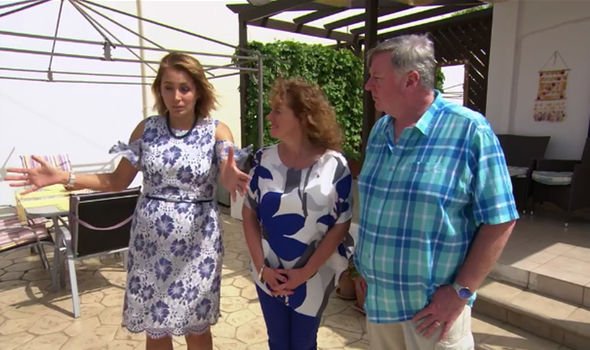 But things quickly turned around when Jasmine presented the third property to the pair.

A two-bed villa in the village of Kokkino Horio, with both a private swimming pool and secluded garden.

The couple's attention was certainly grabbed and when they'd viewed the fourth and fifth properties, they asked Jasmine to put in an offer. 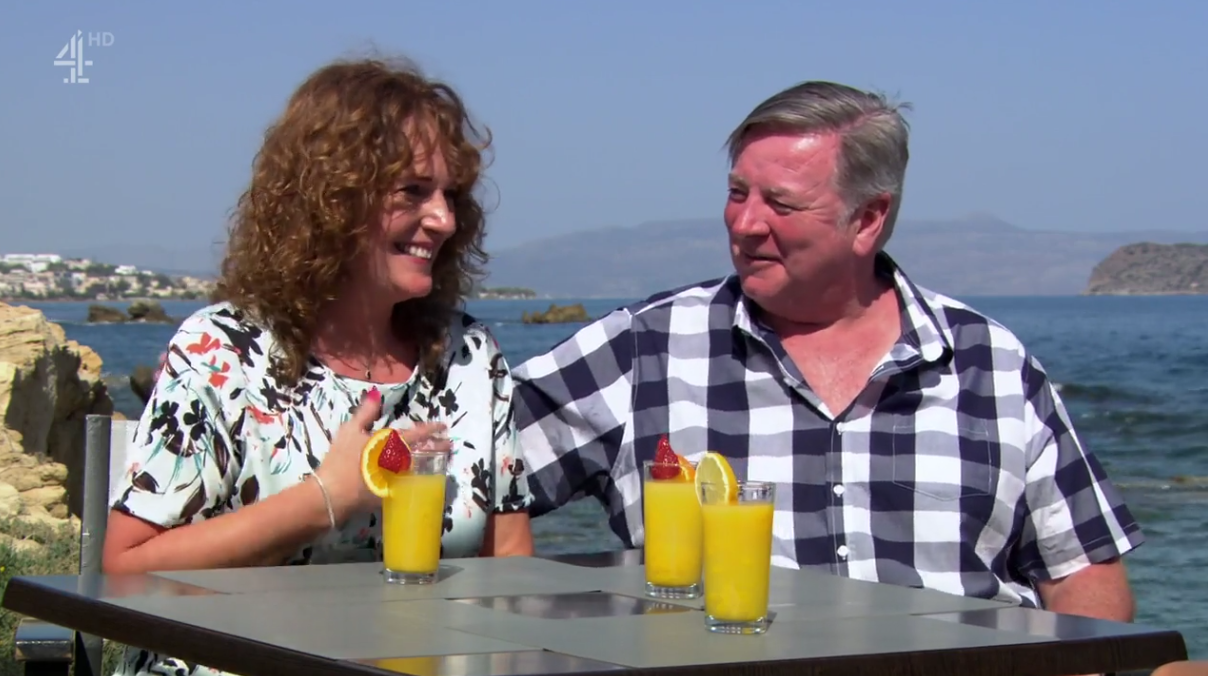 As the husband and wife duo eagerly accepted, Catherine fought back tears while Jasmine congratulated them on their new home.

Jasmine asked: "Are you alright, Catherine?"

To which Catherine replied emotionally: "I can’t speak," before she was given a celebratory hug from her husband.