A Place in the Sun: Ben points out lack of cooking facilities

James and Alison appeared on the Channel 4 house hunting show A Place in the Sun wanting to buy a traditional village house with lots of character on the Greek island of Crete. Ben was showing them around the first home, which they seemed to like, but they hadn’t noticed there were no cooking facilities.

With an £80,000 budget, the couple were looking for the perfect Greek island home, and Ben was certain he could find them just that.

But entering the kitchen of the first home, Ben said: “[You have] a breakfast room, living space, diner – what do you reckon?”

Alison commented: “Wow, it’s lovely.” And Ben replied: “Now, as you look a bit closer in the kitchen you’ll notice there aren’t actually any facilities there for cooking.”

“I didn’t notice that,” Allison added, as the three laughed at the bizarre absence of an oven.

Ben said: “No, which begs the question, why didn’t you notice that? Are you not big cooks?” 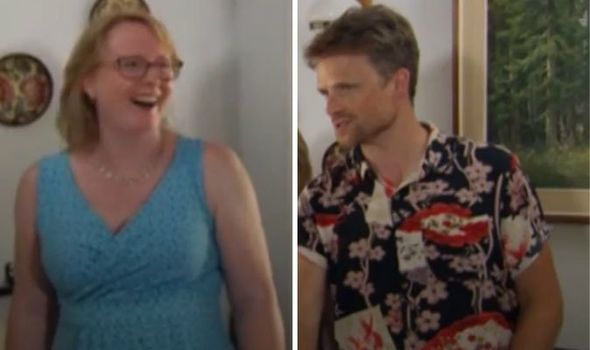 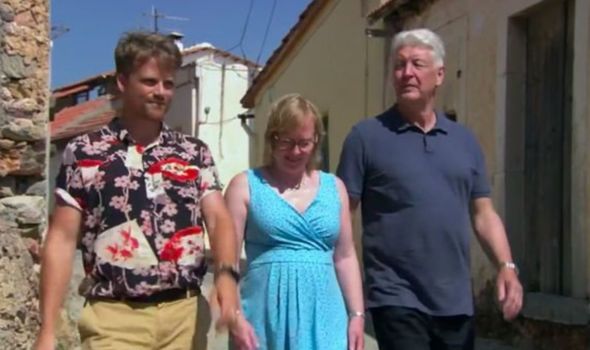 “No, I just thought it was behind the fridge where I couldn’t see it,” Alison admitted.

It was clear the pair were surprised to be looking around a potential home that offered no way of cooking, but apparently, this didn’t put them off.

They enjoyed searching the rest of the house, which provided a lot of what they were looking for in terms of character.

After the kitchen, Ben moved the tour on, showing them to the bedrooms and adding: “Now, we have seeping accommodation as it were sort of darting off in two directions, the master is through that way so let’s start there.”

The couple said the first property, which was a three-bed townhouse on the market for £58,000, would definitely remain on the “maybe” list. 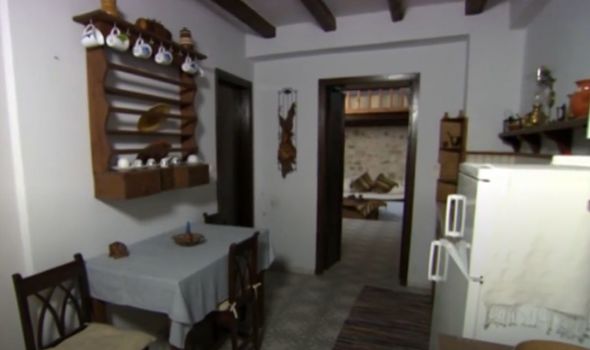 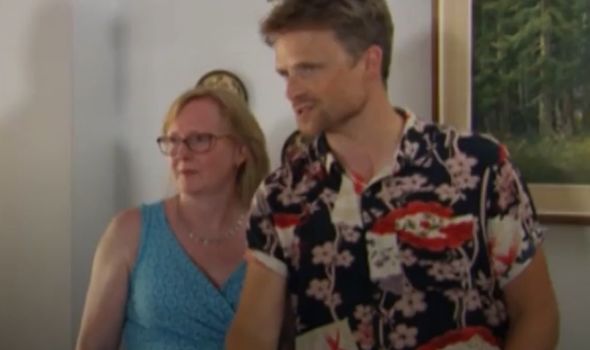 Ben admitted that he thought this house hunt would be more on the east side, as Ben and Allison were pleased with his first choice for them.

But the search would prove to get a little trickier than he had originally assumed.

The second property was located in the small town of Neapoli. At £62,000, it was also well within budget.

The couple was also fond of this home, making things harder for Ben as they repeated that it definitely wouldn’t be on the “no” list.

Ben showed them around a third house – a property closer to the sea with a kitchen and diner on the ground floor.

It was being sold for £76,000, but although the couple adored the home itself, the location overlooking the cliffs was a little too isolating for them.

The final home saw Alison get quite emotional, as it was above their budget but she loved the look of it.

“Look at this coastline, it stretches away, and it really varies as well,” Ben explained.

“And the village is in two parts so you have the old village and the new village, and then you have got the lower part of the village.”

He showed them a house in the upper part, which Allison got choked up over as she took it in.

She said she “couldn’t speak” as Ben gave them the tour. “It’s just so pretty,” she added.

After giving it some thought, James and Alison agreed they would offer £72,000 to the owner, but they didn’t think it was worth the 100k.

Ben later got the call to say, unfortunately, the couples’ offer had been rejected. But the pair said they would continue their search in Crete.

A Place In The Sun airs on Channel 4 daily at 4pm.