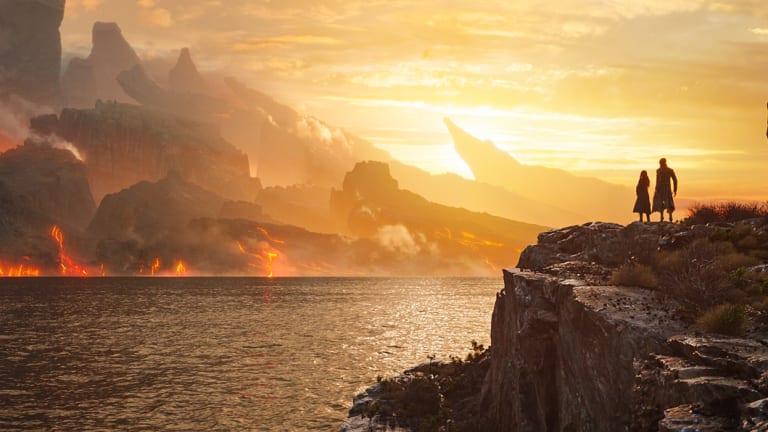 There was a time when futuristic fantasies held out some hope for the fate of the world. Jules Verne and H.G. Wells frequently fell into bleak moods but they also wrote about exploration and discovery.

These days, however, the tone is distinctly dystopian and the main theme of the films we’re seeing centres on survival rather than anything more cheerful. 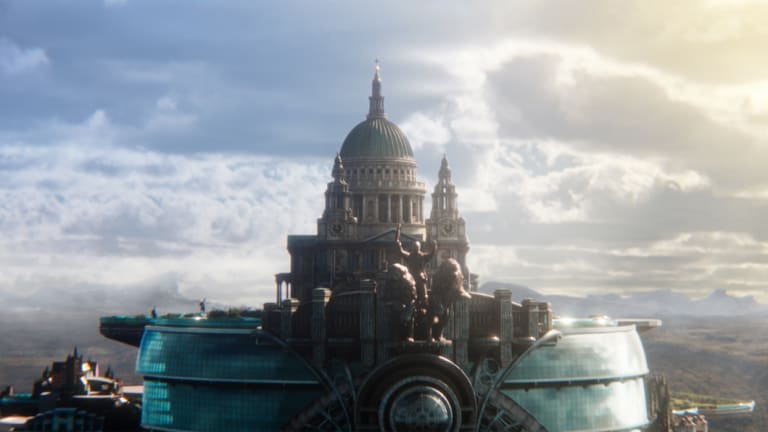 The latest example is Mortal Engines from Peter Jackson’s Weta Digital. It’s an adaptation from a graphic novel by British writer-cartoonist Philip Reeve and it takes us 1600 years into the future and drops us into a Europe still trying to recover from a disaster known as the Sixty Minute War.

During the 21st century, the Ancients (meaning us) managed to damage the planet with a weapon so gruesomely fast and efficient that when its work was done, the world’s nations had to remake themselves from the ground up. 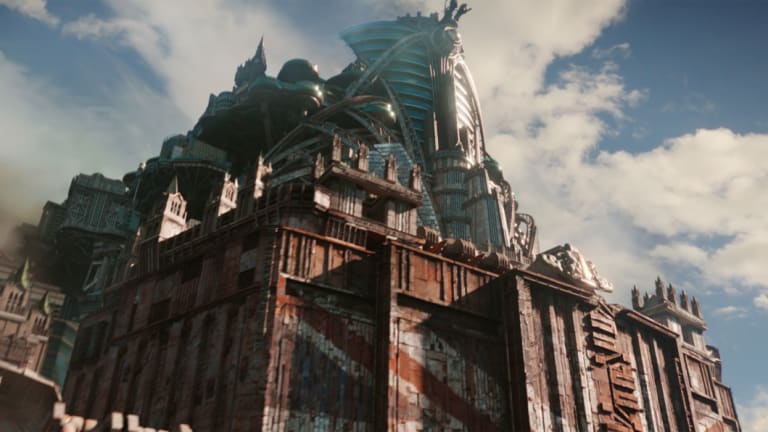 The upshot has been the creation of so-called “traction cities” which roll around countries and continents on giant caterpillar tracks, swallowing up their less powerful neighbours.

The citizens of these urban small fry are then turned into slaves and everything they own is snapped up by their conquerors.

This elaborately conceived scenario has been fleshed out with details so intricate that Mortal Engines and its three sequels look to have the staying power of classics. Reeve has been richly rewarded for his ingenuity with an array of awards and an army of fans. 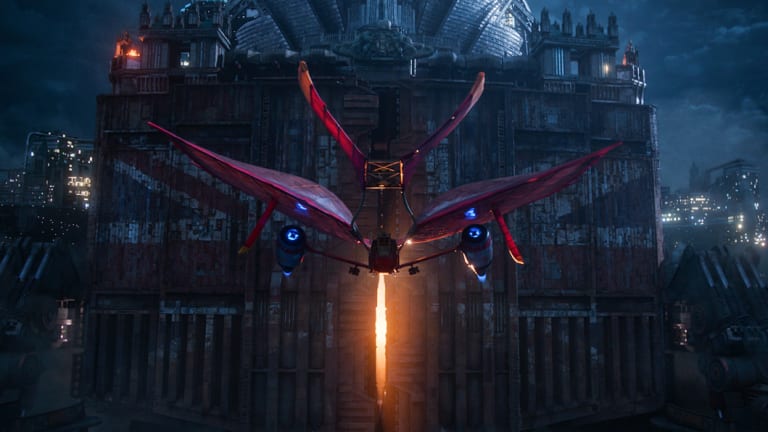 He calls the policy driving his “predatory cities” Municipal Darwinism and you don’t have to peer too closely into its underpinnings to spot a politically pertinent critique of globalism and over-development.

But Reeve is also a Dickens fan and the mechanical furnishings of his world have inspired the epithets “sci-fi Dickens” and “Victorian steampunk”. 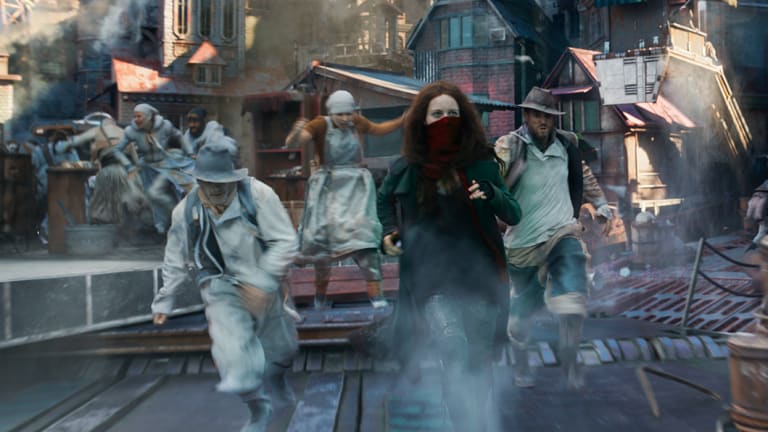 Trying to escape futuristic London on wheels: Hera Hilmar (in mask) as Hester in Mortal Engines.Credit:Universal

Some of these Victorianisms have been incorporated in the design of the film, directed by Christian Rivers (one of Jackson's long-standing collaborators), but Rivers has also dipped into the fashion history of the 1960s and '70s for the costumes worn by the elite of the largest and most predatory of the film’s cities – London.

Mini-skirts, boots and the spirit of Mary Quant all feature, as does the dome of St Paul and the British class system.

The city has seven tiers and at the bottom are the engineers responsible for keeping its “gut” functioning as more and more people and things are “ingested”.

Consequently, there’s a bitter division between the well-fed group at the top and the less fortunate at the bottom who are entitled to feel as if they have had a bellyful. 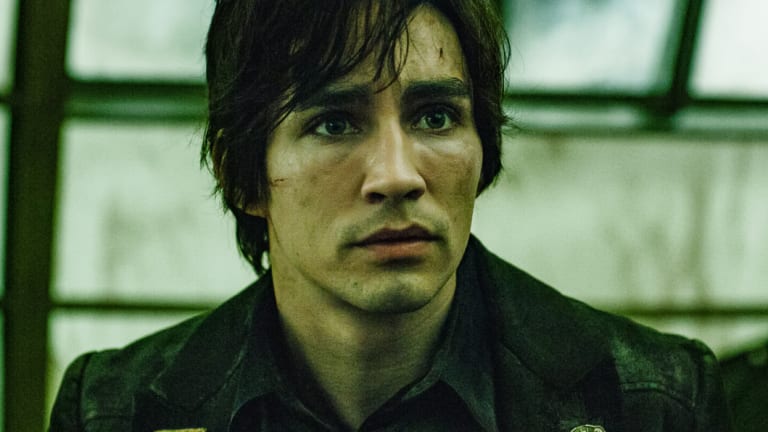 Tom Natsworthy (Irish actor Robert Sheehan) is not at the top but hopes that he may be one day. He’s a historian working at the museum, which is controlled by Thaddeus Valentine (Hugo Weaving) – a fact which serves as an instant warning sign.

Weaving has now given us two of the most memorable screen villains of the past 20 years: The Matrix’s Agent Smith and David Melrose, the sadistic father from the TV adaptation of British novelist Edward St Aubyn’s Melrose trilogy.

The mere sight of Weaving in a position of authority is enough to make the skin prickle. 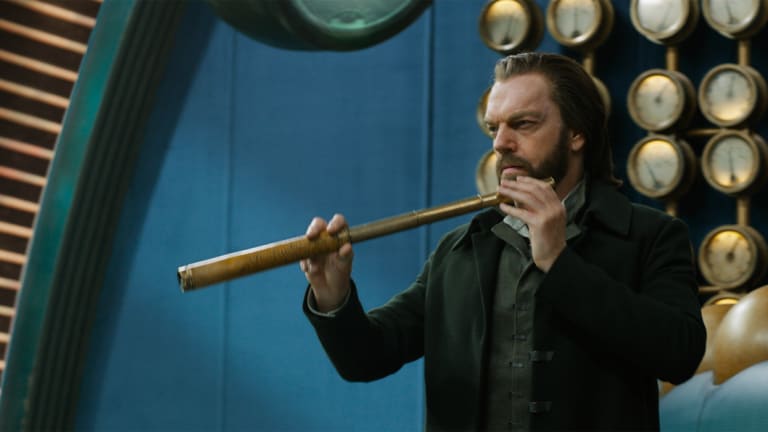 Caught up in the aftermath, Tom is forced to go on the run with her and together they set out on a picaresque adventure which treats us to a rich sampling of the diverse and desperate communities making up Reeve’s world.

The Dickens comparisons are well founded, borne out by the grotesque array of villains and grifters who trawl the badlands for whatever they can catch.

You also get the sense that this post-apocalyptic world is undergoing an Industrial Revolution in reverse. The digital inventions of our world exist only as relics in London’s museum – grim reminders of the technology that enabled the Sixty Minute War. 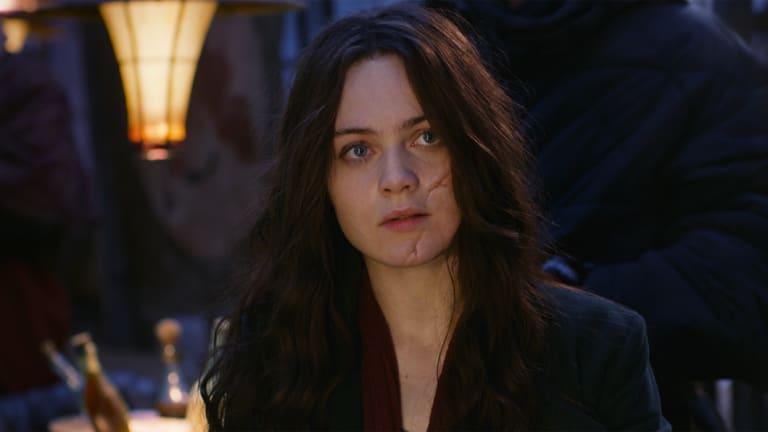 Sticking with the anatomical analogy, the screenplay has had a lot to digest yet it’s succeeded, laying the basis for a rousing tale in which action, character and a dazzling production design strike a perfect balance.

For this particular vision of the future, the outlook is not so grim after all.