In particular, many 90 Day Fiancé viewers couldn’t believe that Tania left Syngin behind in the U.S. during their first 90 days together in Tania’s country.

While Tania took a 30-dayherbal medicine intensive in Costa Rica, Syngin had to remain behind in Connecticutbecause of the terms of the K-1 visa. Some fans claimed she shouldn’t have leftSyngin behind, while others argued she was “lazy” and assumed she didn’t have ajob.

But Tania has consistently defended herself against online criticism during the airing of 90 Day Fiancé. Most recently, she took to Instagram to stand up for herself against claims that she wasn’t a hard worker. 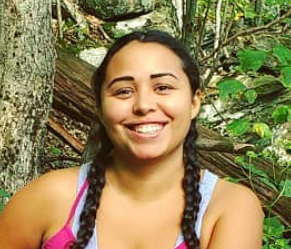 The 29-year-old 90 Day Fiancé star, who works as a bartender, took to her Instagram stories to argue that TLC producers didn’t show the whole story when it came to her Costa Rica workshop.

“Reminder: The show doesn’t show everything,” she wrote in aseries of posts. “I was working before, during, and after filming. Yes, evenafter Costa Rica. The same week I landed, I was working.”

Tania elaborated on why she loves working in bartending andfood service. (Syngin is also a bartender, and Tania met him in South Africawhen he was her bartender for the night.)

“I have worked with dentists and lawyers who still served/bartended because the money is too good and too easy to pass up,” she explained. “I love working in it, and no matter what else I do, I’ll still also have that hustle on the side.”

She also advocated for paid leave in the U.S.

Tania has made a name for herself on the show as a vocal advocate for various social justice issues, particularly around class and labor. Before 90 Day Fiancé Season 7 aired, footage emerged of Tania’s protests when she was serving as an activist.

The 90 Day Fiancé star took the opportunity to advocate for an issue she feels passionate about: paid leave.

“I know for those in the U.S. it seems strange andunreasonable to be able to take 30 days off of work,” Taniaresponded to critics. “And it sucks that unlike our friends in the UK, wedon’t get mandatory paid time off. But with proper planning and saving, it canhappen.”

The advocate added, “How can major corporations afford to give their employees in the UK time off, but not here in the states? Because corporations run our government. Get money out of politics.”

She'll burn us, swallow us, be the death of us. . . #motherearth #naturelover #treehugger #bruja #TravelwithT

In a series of Instagram stories, Tania added some direct messages from her fans in other countries. While the 90 Day Fiancé star often gets criticism on her posts, many fans took to and supported her message this time.

Another commenter agreed, writing: “We have 4 paid weeks offin my country Latvia as well.”

Tania followed up to her fans’ messages by arguing that the U.S. should include more guaranteed paid leave for workers.

“The big thing about some of these stories people are sharing with me,” she wrote, “they aren’t talking about certain industries or certain companies. They are talking about country-wide policies. [From] minimum wage workers to CEOs. Yes it may vary, but their minimum is set VERY high.”