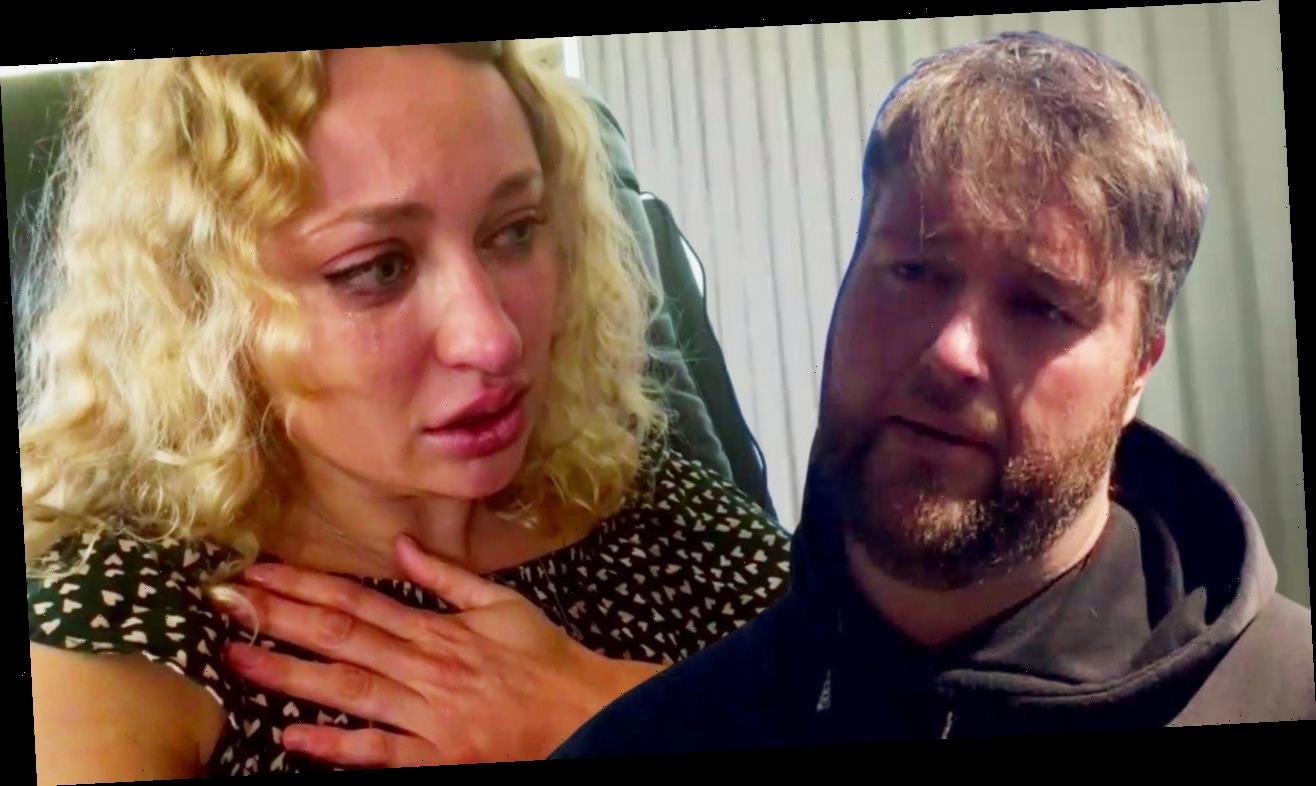 The cringworthy breakup between Natalie and Mike continued on 90 Day Fiancé‘s episode on Sunday. As Natalie rushed to leave Sequim, Washington, to go back to Ukraine since her visa was set to expire in just three days after Mike called off their wedding on the day they were supposed to get married, she faced some major hiccups along the way.

Natalie was not only heartbroken about Mike abruptly calling of the wedding, but she was also scared to travel during the coronavirus pandemic. To complicate matters, she couldn’t simply fly back to Ukraine since the country had closed its borders. Still, Natalie couldn’t stand to spend one more night with Mike, so she decided to fly back to France and take a train to Ukraine from there. Mike’s neighbor, Tamara, agreed to drive her to the airport, but they needed to spend a night in Seattle first.

Natalie’s goodbyes were awkward, especially her farewell to Mike’s scene-stealing uncle, Beau. Although Natalie and Beau didn’t always have the best relationship — she had Mike kick him out of his house when she arrived so that they could have alone time — the two were friendly towards one another. Natalie hugged him goodbye and told him he was a good person.

An emotional Mike also told her was “really sorry.”

“What is this ‘sorry,’ Michael?” she angrily told him. “You sending me home during the quarantine. I might get sick, thank you to you. What is your sorry? I don’t understand. Find American girl and be happy, OK? I’m sorry, I will not contact you, OK? I will block you.”

“I think Michael is weak,” Natalie told cameras. “He’s weak and his actions are weak. It’s his choice. I wanted to get married today. I don’t really care what he tells me now. I don’t give a f**k.”

But as she and Tamara were on their way to Seattle with all her baggage packed, Tamara said they had to turn back around since Mike needed to give her his credit card so they could check into the motel he paid for. Natalie obviously didn’t want to see him again, and the two had another awkward confrontation. Mike asked Natalie for his engagement ring back, but she refused.

“I’m not giving you the ring,” she said. “It was your decision to break up with me. I have the right to keep the ring.”

“I deserve to have this ring,” she continued as Mike repeatedly asked for it back. “I suffered too much. … I want to keep it and to remember how much pain it caused me. … I want to remember it.”

Mike told her she was going to “just turn around and sell it,” but that he wanted to say a proper goodbye and asked for one more hug. Natalie refused to get out of the car as Tamara awkwardly stayed in the driver’s seat between them. Natalie eventually broke down sobbing and Mike finally walked away.

But in a preview of next week’s episode, Natalie and Tamara again have to go back to Mike’s house since the motel won’t let them check in without him being there.

“I’m out of options,” she says as they are shown pulling up to his house in the middle of the night. “Worst day of my life.”

For more on Natalie and Mike’s 90 Day Fiancé journey, watch the video below.

'90 Day Fiance': Natalie Is Hysterical After Mike Calls Off Wedding on the Day of the Ceremony