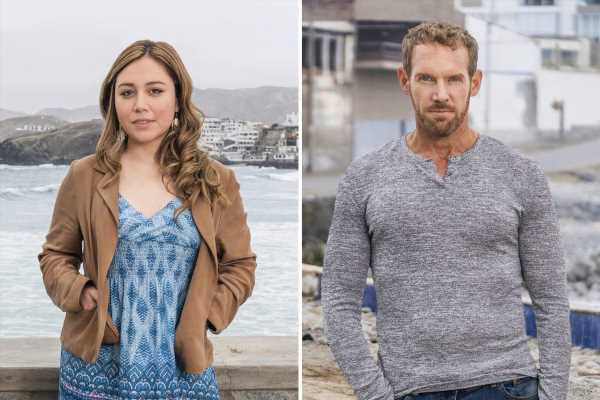 After a two-week hiatus due to the Super Bowl, 90 Day Fiancé: Before the 90 Days Season 5 returned on Feb. 20. The episode is jam-packed with drama from most of the couples. Plus, fans finally meet Ben’s mysterious girlfriend Mahogany for the first time. However, not everyone thinks their relationship is the real deal.

’90 Day Fiancé: Before the 90 Days’ star Ben had never video chatted with Mahogany before flying to Peru

The stars of 90 Day Fiancé: Before the 90 Days often make decisions that baffle the audience, and Ben is no different. When Ben confessed to friends and family that he was in love with a younger woman from Peru, almost all expressed their skepticism about the relationship. His daughter pointed out that every photo Mahogany shared with Ben was heavily filtered. On top of that, Mahogany and Ben never video chatted, furthering his friends’ concert about the relationship.

When Ben bought a plane ticket to meet Mahogany in her home country, she asked him to cancel at the very last minute. She told him her parents were concerned about his intentions. Despite all of this, Ben chose to fly to Peru anyways.

When he arrived, Mahogany didn’t show up at the airport to greet him and refused to reply to any of his text messages. However, after hours of waiting at a local restaurant, Mahogany finally arrived.

When Before the 90 Days star Mahogany arrived at the restaurant, fans noticed something about how she spoke. Plus, her demeanor seemed off as well. She showed up hours later than Ben, and her only explanation was that her father didn’t want her to meet up with him. However, she quickly turned on the charm and started chatting with Ben easily. Fans found her acting odd, and some even believe TLC and Before the 90 Days paid Mahogany to be there.

One Redditor wrote, “Mahogany is an actress. I don’t have the proof yet but wtf was that??? TLC thinks we are morons. It looked like a Telenovela the way she would switch between English and Spanish. Her whole demeanor looks fake. TLC thinks we’re stupid.”

Another user commented with a similar opinion, “As for Mahogany, this has to be a TLC set up. No one would wait as long as Ben did, just ridiculous.”

Plus, yet another Reddit user pointed out that Ben would have a hard time recognizing her as fast as he did with the filters Mahogany uses in her photos. “She could hardly keep a straight face at the table and when she was hugging him goodbye. I am sure TLC encouraged her to be on the show. And I kind of think Ben knew that because he somehow recognized her when she walked in without any hesitation.”

’90 Day Fiancé: Before the 90 Days’ fans also noticed the awkward goodbye hug between Ben and Mahogany

While their conversation flowed at dinner, their hug goodbye ended awkwardly. Fans noticed how awkward the couple acted as Ben escorted Mahogany to her car. Ben told Mahogany he loved her and hugged her, but Mahogany didn’t reply before she got into her car.

This season of 90 Day Fiancé: Before the 90 Days still has a few episodes left. Fans can watch new episodes every Sunday on TLC and discovery+.