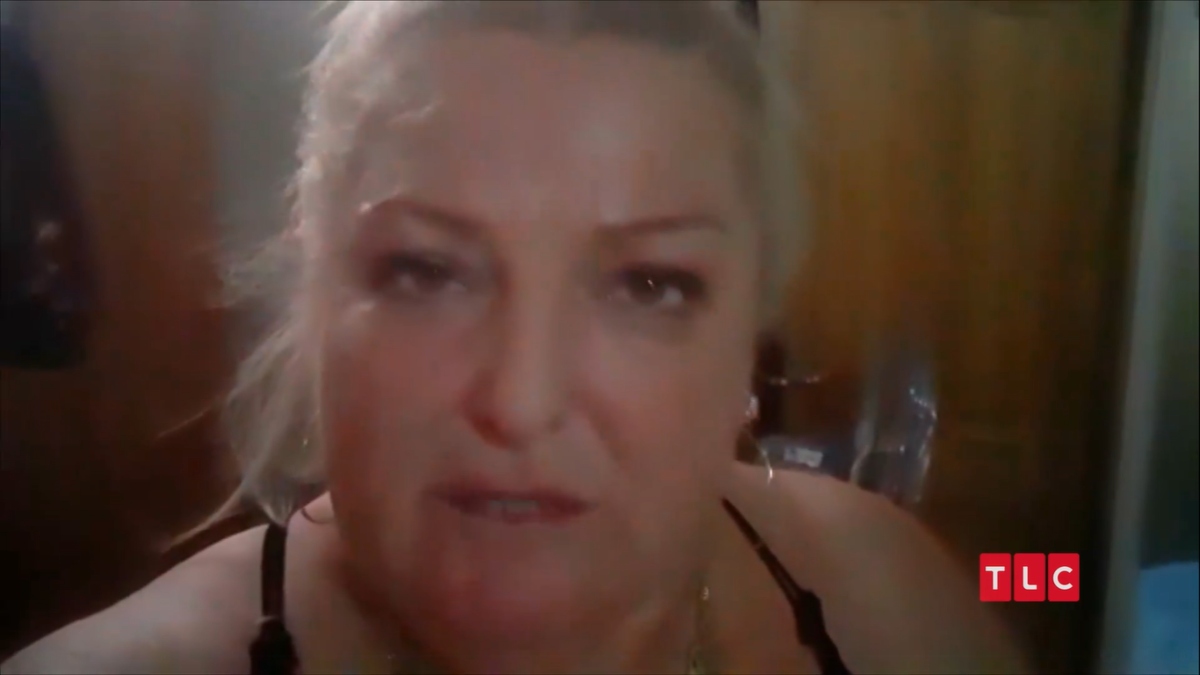 On 90 Day Fiance: Happily Ever After?, we’ve been watching Angela Deem prepare for and call off her wedding to Michael Ilesanmi for the last few weeks.

Now, as Angela and Michael finally get ready for the wedding (that almost didn’t happy several times), we are shown that their special day will forever be one that is also really sad for the Georgia native.

Angela Deem is beaming after marriage to Michael Ilesanmi

The latest 90 Day Fiance: Happily Ever After? sneak peek starts out with a clearly inebriated Angela Deem, who is just ecstatic that she has finally tied the knot with her now-husband Michael.

“Me and Michael have some hurdles in our future but damnit, I just got married!” Angela exclaims, clearly excited about the ceremony that just took place.

“So tonight, I just want to spend some newlywed time with my husband,” she continues. “I just hope Michael’s ready for this,” she says while pointing at her midsection and making a purring sound.

Angela Deem receives a call that will rock her world

Soon after, we see a message on the screen that reads, “A few hours later, Angela received a phone call from her daughter Skyla.”

Even the music playing in the sneak peek gets really serious. Then we see a visibly upset Angela as she explains what is going on.

“Tonight my daughter  Skyla has called me and all I can understand of what she’s saying is that grandma, my mom, is unresponsive and an ambulance is there. So I won’t know no more until Skyla calls me and at this point I can’t get ahold of her so… I don’t know,” Angela tells the camera.

There have been many questions about the timeline of Angela and Michael’s wedding as it relates to the death of her mother. 90 Day Fiance fans are aware that the two dates were very close.

What we didn’t know is that Angela’s mom died on the night of her wedding. It’s no secret that had been in ill health for some time prior to her passing. Many even questioned why Angela would leave for Nigeria again when her mom was so sick.

One of the main reasons that Angela wanted to get married in the U.S. so badly was because she wanted her mom to be there for the event.

RIP Glenda Standridge, Angela Deem’s mom. Certainly this whole ordeal has been very hard on the 90 Day Fiance star and her whole family.

On the heels of her big day, Angela gets a devastating call in the middle of the night. #90DayFiance