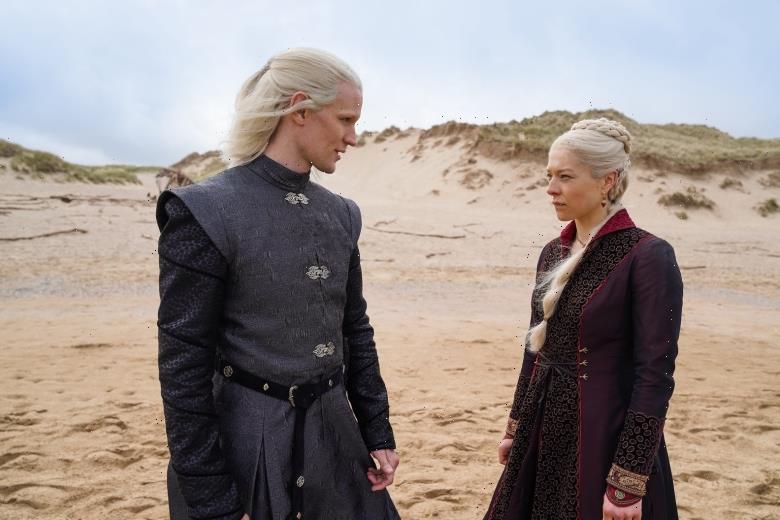 Looking to sink your teeth into a great new book or television series? Kill two birds with one stone by checking out some of the most exciting book-to-TV adaptations coming in the near future.

A number of promising TV series that are in the works are also based on great novels. Best of all, they cover a wide variety of genres, so there’s something for everyone to enjoy! Whether you’re a fan of fantasy or prefer historical fiction, your next great read and watch just might be somewhere on this list.

Here, in order of release date, are 10 upcoming book-to-TV adaptations to keep your eye on.

“Pachinko,” based on the novel by Min Jin Lee, is a sprawling television adaptation spanning several decades and three languages. Told in Korean, Japanese, and English, Pachinko follows its protagonist Sunja — played at different stages of her life by Jeon Yu-na, Kim Min-ha, and Youn Yuh-jung — as she and her Korean family immigrate to Japan. The show moves away from the novel’s linear storytelling, instead weaving together story threads that are years apart but speak to each other with similar historical resonance.

How to watch: “Pachinko” is streaming March 25 on Apple TV+.

“The Man Who Fell to Earth”is part-sequel, part-reimagining of the 1963 science-fiction novel by Walter Tevis, but its premise remains the same. An alien (Chiwetel Ejiofor) lands on Earth, seeking help for his people. As he tries to understand humanity, complications arise. Ejiofor is joined by an excellent cast, including Naomie Harris, Kate Mulgrew, Jimmi Simpson, and Bill Nighy. In a fascinating twist, Nighy plays Thomas Jerome Newton, the main character of Tevis’s book and the role played by David Bowie in the 1976 film adaptation.

You may already be familiar with Audrey Niffenegger’s novel, “The Time Traveler’s Wife,” or with the 2009 movie starring Rachel McAdams and Eric Bana. Now, get ready to see it again, this time as a television series. Rose Leslie and Theo James take on the roles of Claire and Henry, a married couple whose lives are constantly interrupted by Henry’s uncontrollable bursts of time travel. Claire and Henry try their best to savor every moment together, because there’s no telling when Henry will be pulled into the past — or when he’ll come back.

How to watch: “The Time Traveler’s Wife” is streaming on HBO Max in May.

If you enjoyed Hulu’s 2020 hit Normal People, chances are you’ll love the upcoming adaptation of Sally Rooeny’s “Conversations With Friends“. “Normal People” director Lenny Abrahamson and co-writer Alice Birch return for this 12-episode limited series that explores the complicated connections between its four leads. Frances (Alison Oliver) and her best friend and ex-girlfriend Bobbi (Sasha Lane) hit it off with married couple Melissa (Jemima Kirke) and Nick (Joe Alwyn). As they get to know each other, their relationships shift from platonic to romantic, leading to messiness, self-discovery, and — judging by the trailer — several steamy scenes.

How to watch: “Conversations With Friends” is streaming on Hulu in May.

J.R.R. Tolkien’s fantasy epic hits the small screen this year, just not in the way you might expect. Amazon Prime’s series won’t adapt Tolkien’s “Lord of the Rings” trilogy — after all, Peter Jackson pretty much did that perfectly 20 years ago. Instead, “The Rings of Power” draws inspiration from works like “The Silmarillion” and “Unfinished Tales,” where Tolkien outlines the history of Middle-earth. This gives us the opportunity to explore the earlier lives of characters like Galadriel (Morfydd Clark) and Elrond (Robert Aramayo). “The Rings of Power” also adds new characters to Tolkien’s universe, such as dwarven Princess Disa (Sophia Nomvete), so you can expect some large — but potentially rewarding — changes from Tolkien’s original work.

How to watch: “The Lord of the Rings: The Rings of Power” is streaming on Prime Video September 2.

6. “Interview with the Vampire”

Craving a TV show with a vampiric bite? Brace yourself for “Interview with a Vampire,” based on Anne Rice’s iconic debut novel (which has already been made into a movie starring Brad Pitt and Tom Cruise). Louis de Pointe du Lac (Jacob Anderson) is an ancient vampire recounting the story of his life to a reporter, including his choice to become a vampire and his connection to his mentor Lestat de Lioncourt (Sam Reid). Not much has been revealed about the series, but given that Rice wrote more novels about Louis and Lestat, there’s quite a bit of source material to pull from.

How to watch: “Interview with the Vampire” hits AMC this fall.

Neil Gaiman’s acclaimed series of graphic novels comes to life in “The Sandman,” which sees Dream (Tom Sturridge), the king of dreams, captured by occultists. However, Dream is not alone: He is one of the seven Endless, which also includes embodiments of forces like Death (Kirby Howell-Baptiste) and Desire (Mason Alexander Park). Gaiman is heavily involved with this adaptation, which strives to be as faithful as possible while updating some elements of the graphic novels — which begin in 1989 — to make more sense today.

How to watch: “The Sandman” is streaming on Netflix in 2022.

Long before the events of “Game of Thrones” another great conflict for the Iron Throne shook up Westeros. Based on George R.R. Martin’s “Fire & Blood,” “House of the Dragon” brings us back to 300 years before the likes of Jon Snow or Daenerys Targaryen were even born, when the dragon-riding Targaryens turned against each other in a bloody civil war. Expect “Thrones”-level political scheming, carnage, and uncomfortable familial relationships. These are the Targaryens we’re talking about, after all. One area where “House of the Dragon” may have a leg up on its predecessor is its ending: Martin’s already written this story in full, so the audience may not get burned by an unsatisfying conclusion.

Experience the rise and fall of a legendary 1970s band in “Daisy Jones & The Six,” based on Taylor Jenkins Reid’s novel of the same name. Presented like a documentary, the miniseries charts the career of rock star Daisy Jones (Riley Keough) as she joins up with rock band The Six. As their music takes off, interpersonal drama threatens to tear the band apart. Keough is joined by Sam Claflin, Camila Morrone, Suki Waterhouse, Nabiya Be, and more. Filming began in 2021, so “Daisy Jones” may not be getting on stage (or on our screens) until late 2022 — that gives you plenty of time to read it in advance!

How to watch: No release date has been set, but “Daisy Jones & The Six” will be streaming on Prime Video.

What would happen if all the women in the world developed the strange ability to electrocute others? That’s the premise of Naomi Alderman’s novel “The Power,” which Alderman herself is adapting for television. The titular power surfaces in teenage girls, who quickly teach it to older women. Soon, power structures shift all across the world as gender roles are reversed. “The Power’s” cast includes Leslie Mann, Auli’i Cravalho, John Leguizamo, Alice Eve, and Toheeb Jimoh.

How to watch: No release date has been set, but “The Power” will be streaming on Prime Video.