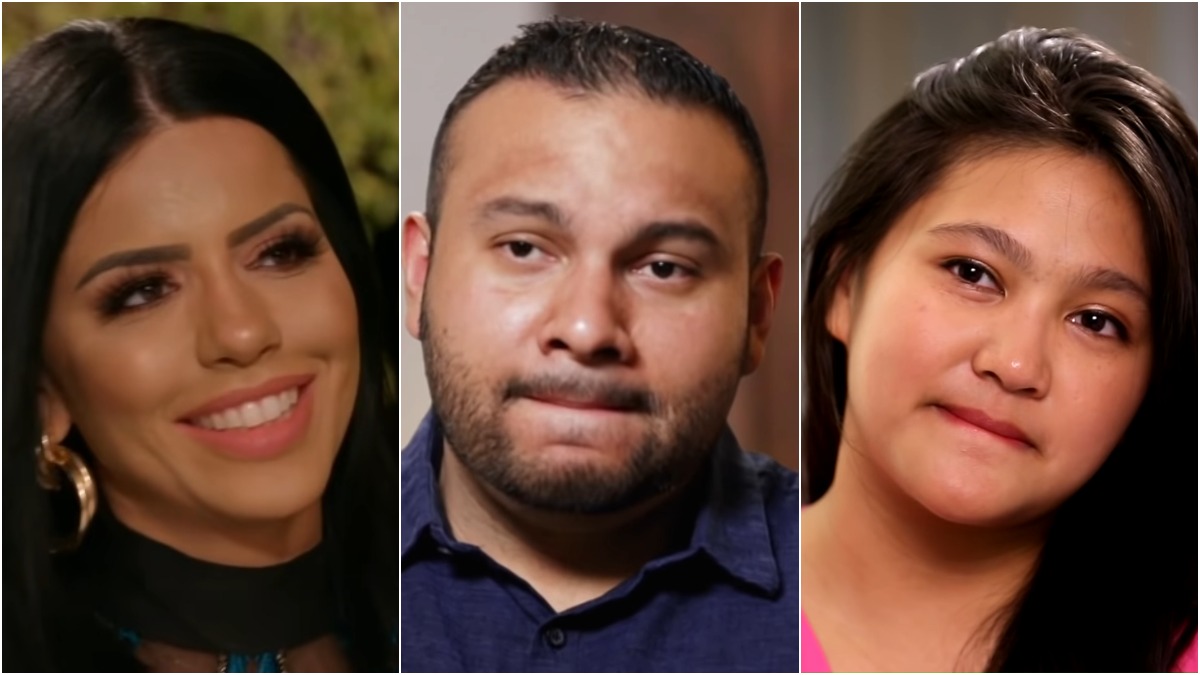 From learning about K1 visas to steamy relationship drama, TLC’s 90 Day Fiance franchise has taken over our Sunday nights and social media.

It wouldn’t be good television without its villains and we’ve definitely had some major international tension on our screens.

From family conflict to cheating allegations, overseas love has proved to bring in prime ratings.

And even though they make for good TV, we’ve rounded up some of the cast members who were just awful, either in the way they treated their partners or how badly they faked “love” in order to even be on the show or to get into the U.S. by marrying an unsuspecting American.

There have been some cast members with over-the-top demands and others with terrible attitudes. And while there are some 90 Day Fiance stars that we love to hate, there are others that many just hate.  In some cases, cast members may make both lists but for totally different reasons.

Here is a list of the 10 absolute worst cast members in 90 Day Fiance history. 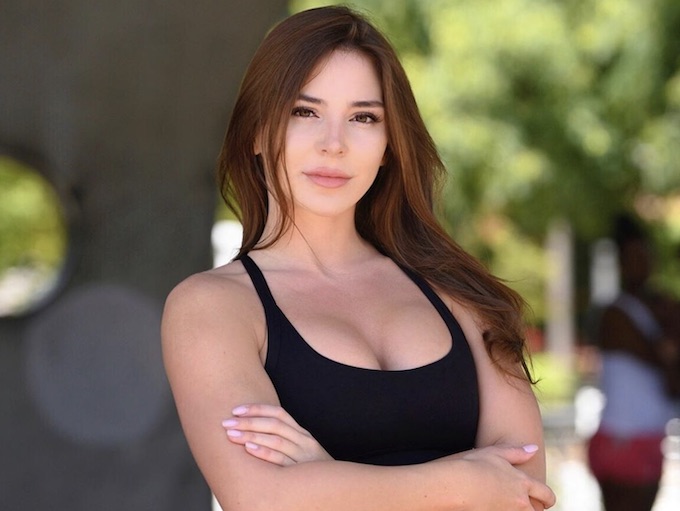 We first saw Russian fitness model Anfisa Nava on Season 4 of 90 Day Fiance when she was moved across the world to be with boyfriend Jorge Nava.

From keying his car to calling his sister a bitch, this couple had one of the most volatile relationships in 90 Day Fiance history. Jorge’s family was seriously against the marriage and questioned Anfisa’s motives. And if we’re being real, who didn’t question why Anfisa came to the U.S. to marry Jorge?

Anfisa not only demanded expensive purses but showed abusive behavior when he wasn’t able to live up to her lavish standards.

Jorge’s desperation to keep up with Anfisa’s high expectations caught up with him as he was jailed for marijuana trafficking. Soon after, she stopped taking his calls and started dating another man while still legally married. 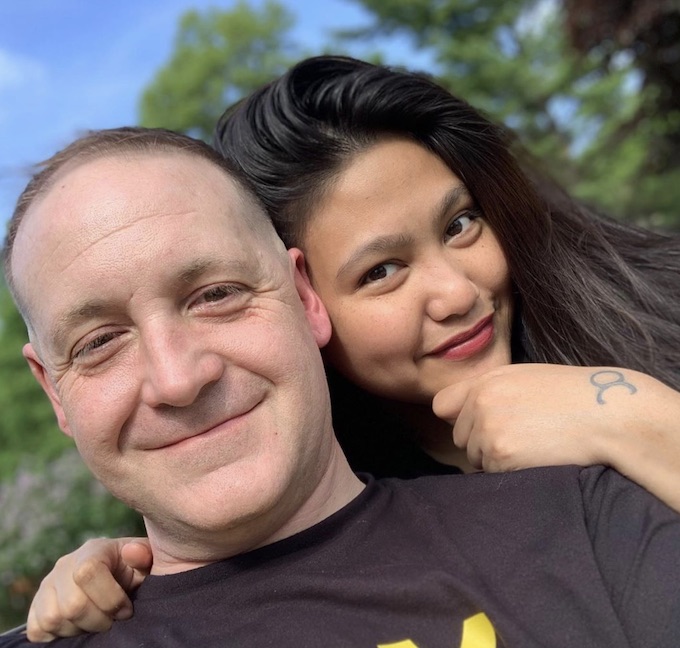 Leida Margaretha first appeared on Season 6 of 90 Day Fiance when she left her wealthy family in Indonesia for humble beginnings in Wisconsin to be with her fiance Eric Rosenbrook.

The doctor from Indonesia wouldn’t let Eric forget how much she was giving up. Coming from a home with butlers and housekeepers, she was giving up her extravagant lifestyle to move into a tiny, dirty apartment with her future husband and his daughter Tasha.

Leida disagreed with his choice to pay child support and encouraged him to disregard his obligation with his ex.

She also eventually forced Eric to throw his daughter out to make room for her son. This caused his daughter to rely on a GoFundMe account to find somewhere to live.

Leida went as far as filing for a restraining order against her step-daughter.

And Leida claims that she mended fences with Eric’s daughter Tasha, 90 Day Fiance viewers likely won’t forget the way this teenager was treated by her stepmother, who spent more time trying to get rid of her than she did trying to get to know her. 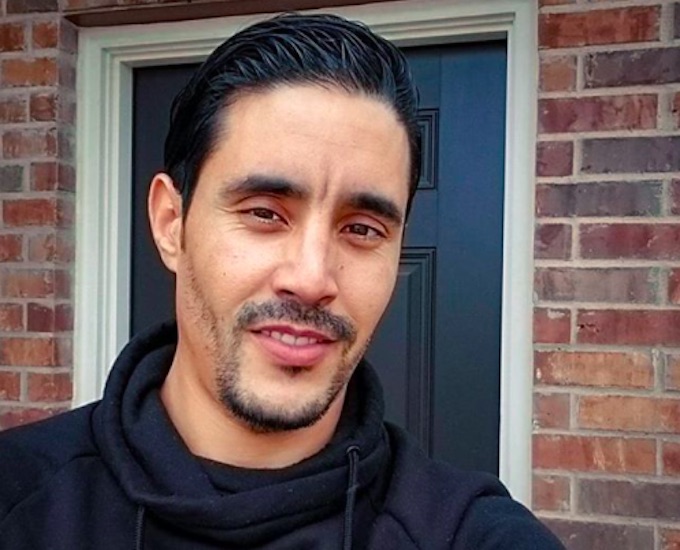 The 26-year-old left his home of Tunis, Tunisia to live in Sandusky, Ohio with his fiance and her 4 kids.

After finding out Danielle was lying about her finances and that she was very much in debt, the relationship began to crumble. However, the two still got married with Mohamed famously choosing not to kiss her on their wedding day.

Within two months of getting his green card, he left Danielle and moved to Miami with a female friend. The two had one of the nastiest divorces in 90 Day Fiance history as both were very vocal about the topic.

It is noted that five years later, everything is forgiven between the two and they are working on a friendship. 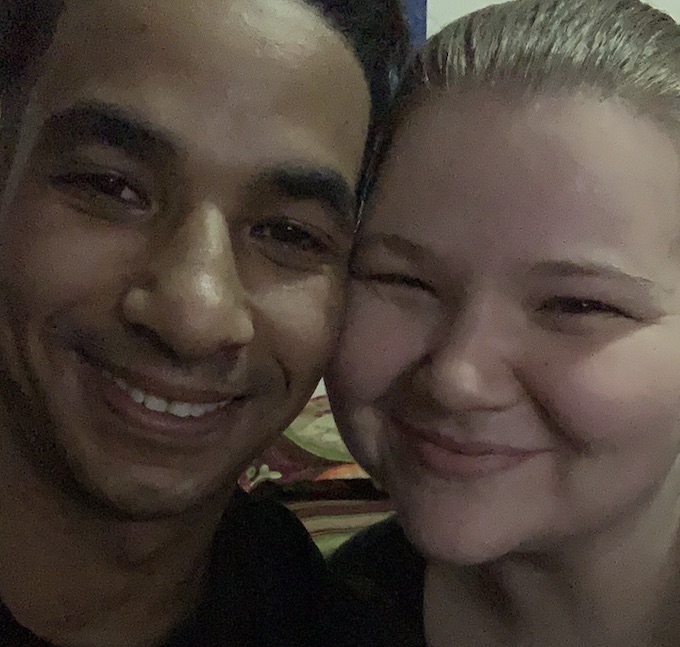 The only person that thinks the marriage between Nicole and Azan will happen is Nicole.

We first got to know Nicole and Azan on Season 4 of 90 Day Fiance when she traveled to Morocco to meet the man she met through a dating app.

From infidelity caught on voicemails to canceling trips to see her, Azan has shown some sketchy behavior. Viewers question if he is really is as committed to Nicole as he says he is.

Nicole has been criticized heavily for continuing the relationship even though Azan admitted that he was only “55 percent attracted” to her. He has been accused of having a whole family in his home country of Morocco and rarely shows any affection to Nicole, whether it be in real life or on social media. 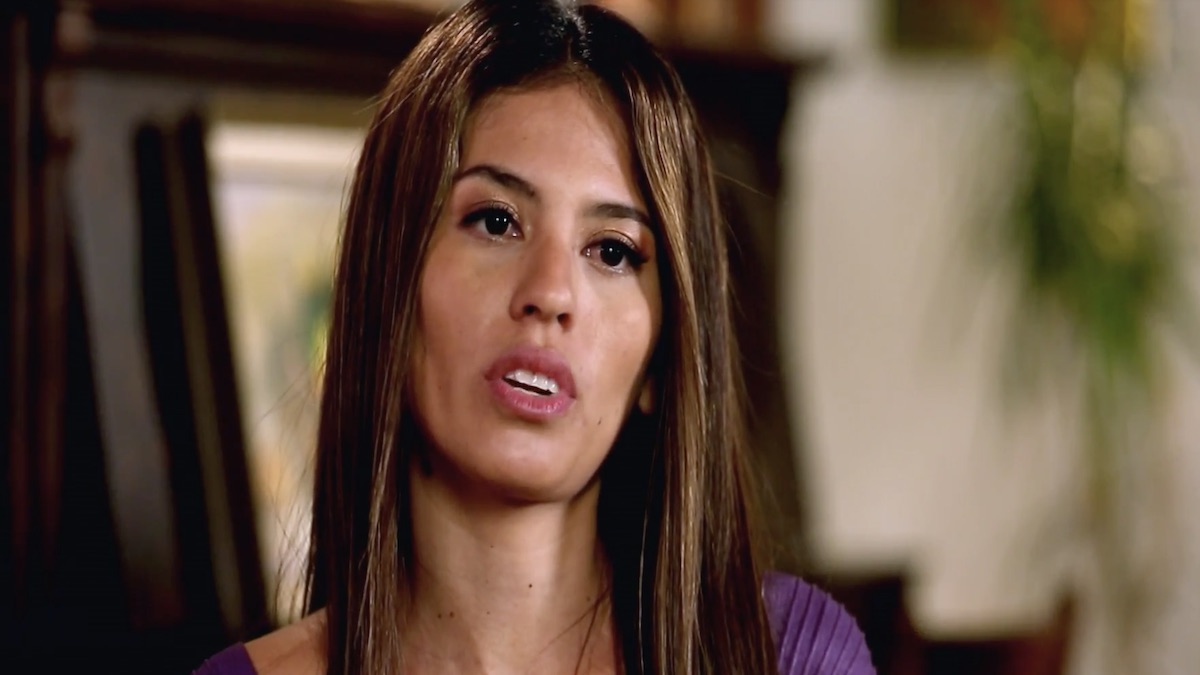 Evelin Villegas is another infamous female in the 90 Day Fiance franchise. Her fiance Corey Rathgeber has admitted to giving her over $40,000 for various purchases including her car and cocktail bar.

That didn’t stop Evelin from cheating on Corey after he left his life in Washington to be with her.

Evelin cheated with a mutual friend of the couple named Raul – and he admitted that he would be waiting for Evelin in the case the relationship didn’t work out despite being friends with Corey too.

From the way she treats Corey to her avoidance of marriage, many 90 Day Fiance viewers are not a fan of Evelin Villegas. 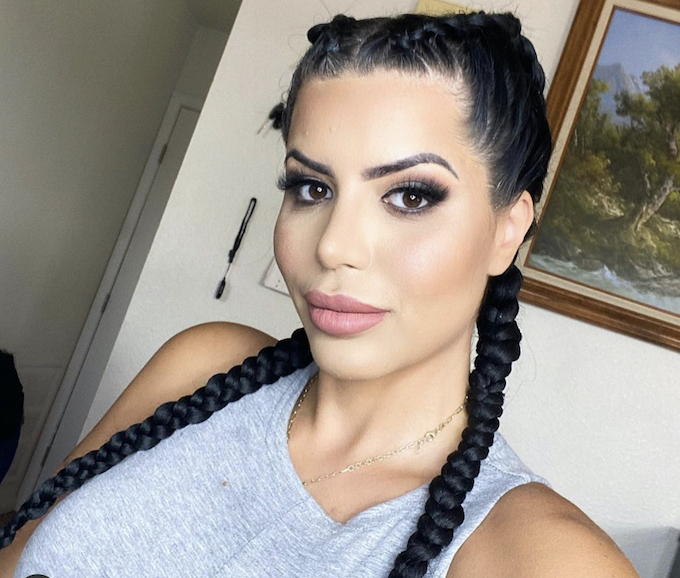 Self-proclaimed ‘the Queen’, Larissa Lima has managed to return for three seasons on two different shows in the 90 Day universe.

Originally from Minas Gerais, the Brazilian left to live in the US with boyfriend Colt Johnson and his mother Debbie. After a mere 11 days together, Colt proposed marriage and she was on her way to the home he shares with his mom in Las Vegas.

Tensions rose as relations between his mother Debbie and Larissa escalated. The marriage lasted a mere six months and she managed to get arrested three times for domestic violence.

Larissa further cemented her spot as one of the most hated when she appeared on the 90 Day Fiance: Happily Ever After’s Tell-All with her new boyfriend Eric Nichols. Then, she brought Eric back for a whole other season of Happily Ever After and many 90 Day Fiance fans have expressed how much they would like to not see her back again. 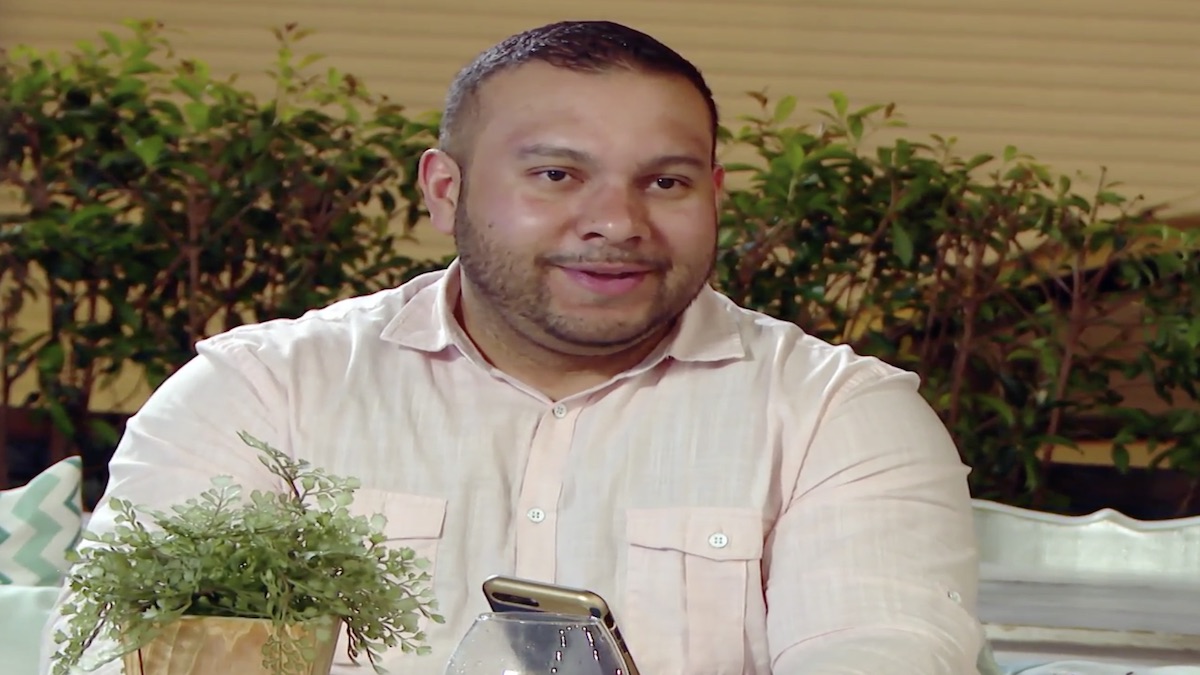 We first saw Ricky Reyes on Season 1 of 90 Day Fiance: Before the 90 Days chasing his internet girlfriend Melissa to Colombia. Even though Melissa was employed as a nurse, Ricky regularly sent her money.

Before their initial meeting, the couple had not even shared a phone call.

Although Melissa was exactly who she was in photos, things didn’t work out as Ricky expected.

Upon a chilly reception in Colombia, she ghosted him shortly after meeting him. Luckily for Ricky, he had a plan B. Within a week, he was proposing to another Colombian woman, Ximena, whom he met on the same website.

The engagement didn’t last long as Ricky ended the relationship to rekindle things with his ex-wife and focus on his family. 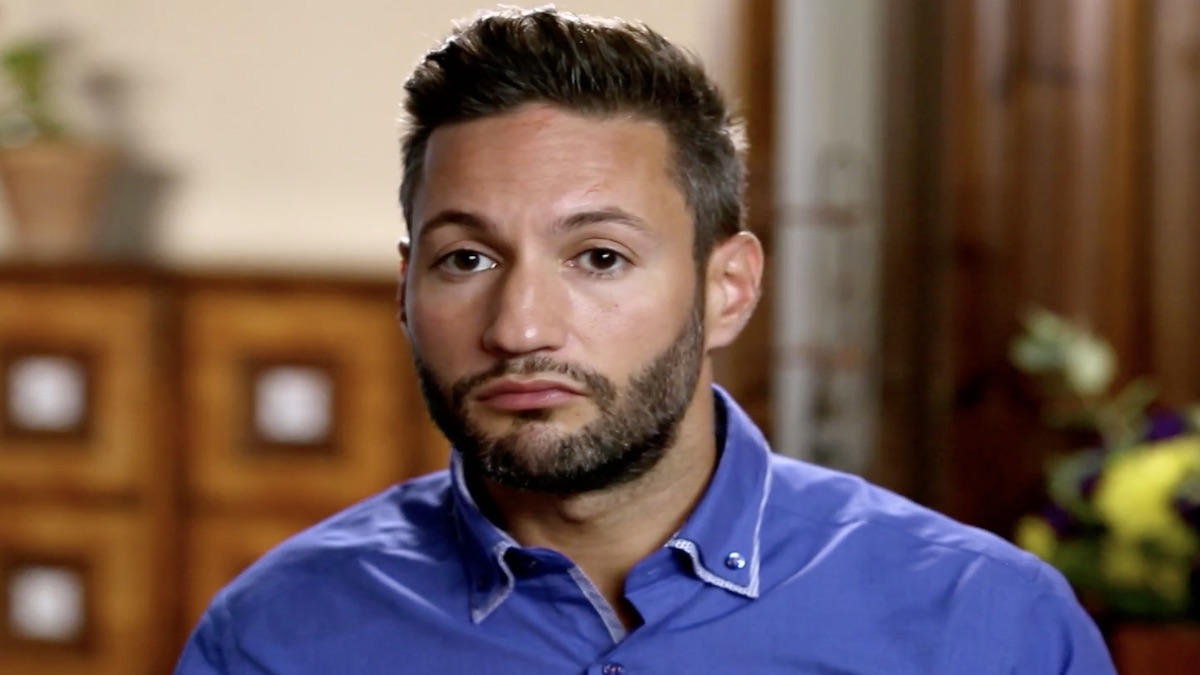 We recently saw Antonio’s ex-girlfriend Cortney Reardanz on 90 Day Fiance: Self Quarantined with a new successful boyfriend from Germany, but we can’t forget about her ex-lover from Spain.

Cortney had been catfished before but that didn’t stop her from meeting Antonio Millón in his hometown of Málaga without even a phone call.

Much to everyone’s surprise, she wasn’t being catfished, Antonio was really who he said he was. However, not who he portrayed himself to be in the messages he shared with Cortney.

The doubts started to form as soon as she arrived. He stood her up when he was supposed to picking her up at the airport. Although he liked to call her ‘his wife,’ viewers weren’t sure if Antonio could stay faithful to one woman.

He expected Cortney to get intimate the first night she was there and even he questioned if he would be able to put his womanizer ways behind him.

Ultimately, Antonio was not ready to have a serious girlfriend and Cortney went home single. 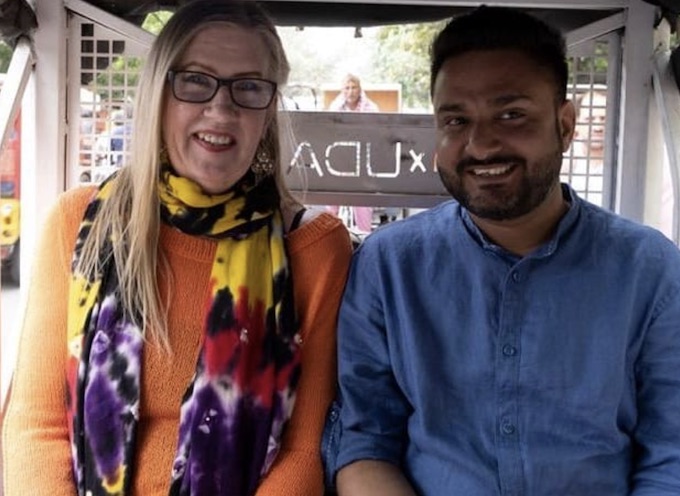 From catfishing his girlfriend with another man’s photos to lying about his relationship status, Sumit might be one of the best liars in the franchise.

When they first started talking online, Sumit told Jenny that his name was Michael Jones and sent her pictures of another man. Jenny forgave him for the lie after Sumit confessed to catfishing her and revealed his true name and picture.

Jenny accepted him openly, wondering why Sumit would lie and pretend to be someone else. After all, she thought the real Sumit was adorable.

After years of talking online and at least one trip to India to meet the family, she sacrificed her social security check and family to live with him in his home country. While Jenny thought their biggest problem was his overbearing family, he failed to mention he was still married.

She allegedly found out about the marriage when Sumit’s father-in-law, suspicious about his son-in-law’s behavior, followed him back to their shared apartment.

Because Jenny couldn’t marry Sumit, she had to return to Palm Springs after her visitor visa expired. She is now back in India for Season 2 of 90 Day Fiance: The Other Way as Sumit waits for his divorce to be finalized.

It’s been lie after lie yet Jenny still believes him when he says they’ll be married soon. 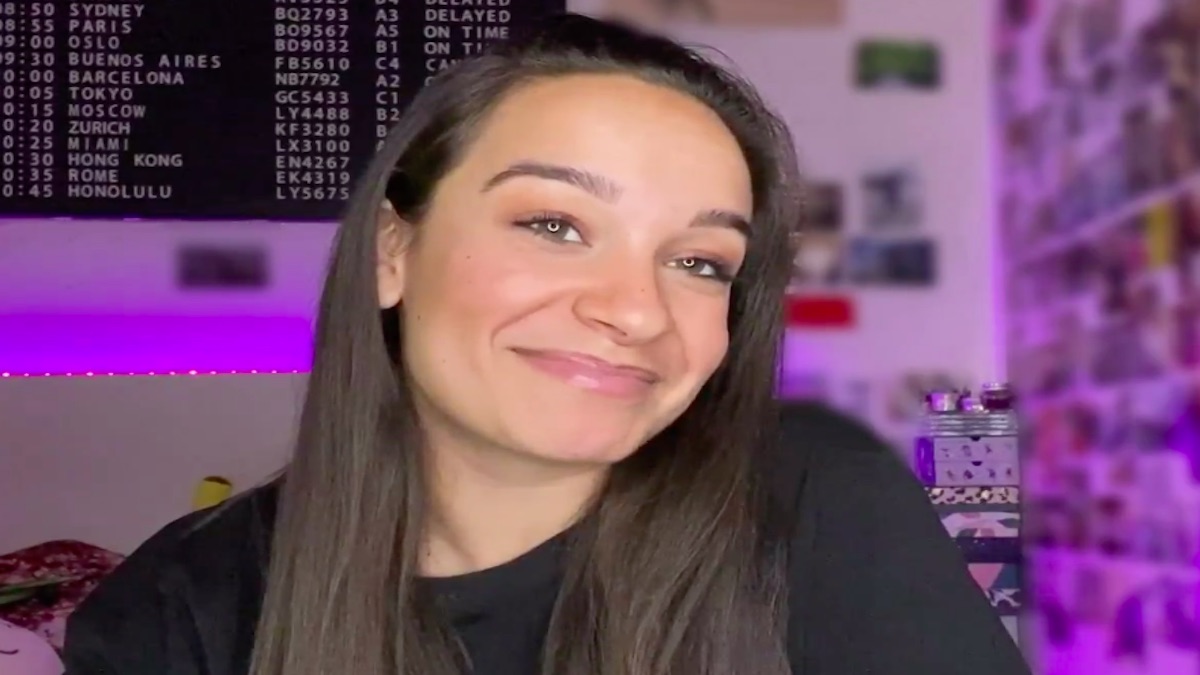 For all my 90 Day Fiance OG’s, we bring you back to Season 1 of Before the 90 Days. We saw Kentucky native Patrick Cornett leaving Paris heartbroken after going to visit his love interest Myriam Mana in her hometown.

He told her he wanted to marry her over messages but Myriam admitted she never thought he would actually come to visit her. It was only when he arrived that Myriam dropped a bombshell on him.

Patrick traveled thousands of miles to find out that Myriam had a boyfriend. She convinced him to stay and let her show him around as a friend.

Although there is noticeable chemistry between the two, Myriam ultimately chose her boyfriend over Partick

The couple recently appeared on 90 Day Fiance: Self Quarantined, where it was revealed that Myriam was finally single almost after almost five years since visiting her.

Patrick admitted Miriam would have a free trip to his hometown of Las Vegas whenever she wanted to come visit.