WASPS' victory over Sale on Sunday was marred by a horrific injury sustained by Zach Kibirige.

Late on in the Premiership clash, the winger dived for the line to score a loose ball while under challenge from Marland Yarde. 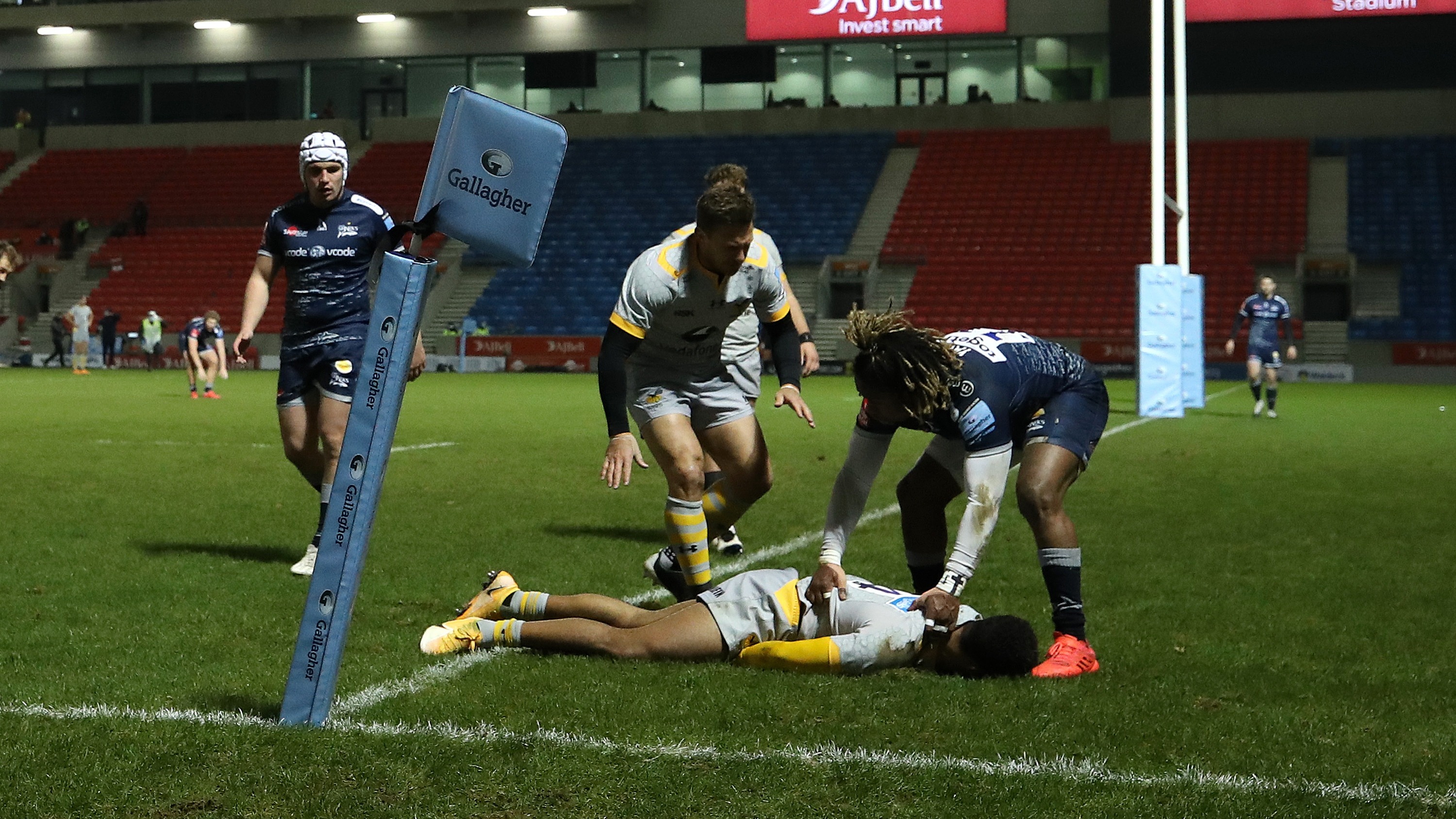 Sale star Yarde landed on top of his opponent in a legal attempt for the ball, inadvertently knocking him unconscious.

Kibirige lay with his face in the turf as medics rushed on to treat him.

Yarde and a number of other players immediately recognised the situation and came to the 26-year-old's aid.

Fortunately, Kibirige was back up on his feet in the dressing room after the game, posing for a thumbs up to reassure fans on social media.

Wasps director of rugby Lee Blackett confirmed after the match that his man was left 'out cold' by the incident.

He told reporters: "I've spoken to Zach and he seems OK.

"He's still on the bed, but I would reckon that within a couple of hours he should be fine, all being well.

"He was knocked out cold, and that's never nice for anyone to see.

"But all the early indications point towards a good recovery, so of course everyone is happy about that."

Wasps star Dan Robson confirmed his team-mate's condition with a picture from the dressing room, and the caption: "Great win on the road with the boys. He’s up and happy with the win."

Yarde, who scored two tries in the game, commented on the picture: "Great to see you back on your feet mate and hope you recover well! Safe journey home."

Wasps ran out 26-23 winners at AJ Bell Stadium, for their second win of the new season.

A huge pat on the back to all the players, especially given their second-half performance. The lads were excellent.

"I'd just given the players seven days off as we were looking at a nine-day turnaround, so that was a massive gamble.

"A huge pat on the back to all the players, especially given their second-half performance. The lads were excellent.

"If Sale had scored first in the second-half the outcome might have been a bit different. We would have been looking at a real uphill battle if that had happened."