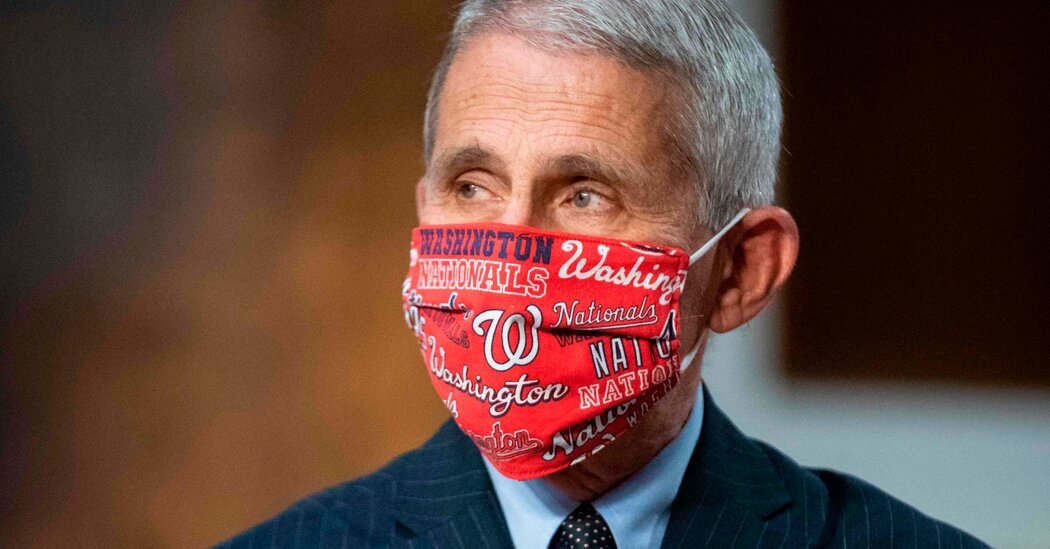 As far as Dr. Anthony S. Fauci can recall, last season was the first time his life was almost completely devoid of watching baseball. “Much to my great pain,” he said in an interview with The New York Times on Friday evening. He added later, “It was just really terrible.”

Before the coronavirus pandemic turned the world upside down and consumed his life, Fauci, the U.S. government’s top infectious disease expert and an adviser to seven presidents, loved a reprieve from work that came from visiting Nationals Park, cracking open a beer, eating a hot dog and watching his beloved Nationals. Growing up, he played in Brooklyn’s sandlots, adored the Yankees and memorized players’ statistics.

“My year has been completely a lost year,” Fauci, 80, said. “I hope that this coming year it’ll be a little bit different, but that’s going to depend on the dynamics of the outbreak.”

With spring training starting next week in Arizona and Florida — both frequent virus hot spots — and the Major League Baseball season set to begin on April 1, Fauci discussed the public health challenges ahead, his optimism that a normal 162-game season can be played, his belief that fans can return safely to the stands outdoors and what he told baseball officials.

On Feb. 1, the players’ union rejected a proposal from M.L.B. to delay the start of the season by a month and shave off eight games. But earlier this week, they finalized the health and safety protocols for the season, which built on the regulations and the lessons learned from the 2020 season.

The following interview with Dr. Fauci was condensed and edited for clarity. 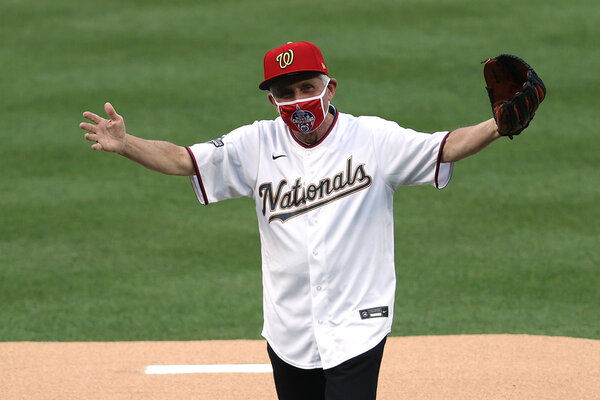 Despite not watching much baseball last season, do you at least know how the Nationals did? (After winning the World Series title in 2019, they went 26-34 in 2020 — tied for last in the National League East.)

Yeah, a little disappointing. But we’ll be back.

From a health standpoint, did you follow along and see how M.L.B. and the players handled the 2020 season without a bubble — from early outbreaks on the Miami Marlins and St. Louis Cardinals that jeopardized the season to the tightening of the protocols and bubblelike conditions throughout the postseason?

Unfortunately, I really can’t comment intelligently on it because I was completely out of it. I feel badly because I’m such a fanatical baseball fan, but I was just out of it completely. I just was working 18, 19 hours a day, seven days a week. I didn’t have time.

Federal officials talked separately to M.L.B. and the players’ union last week. Did you recommend that the season be delayed or continue as planned?

I was not recommending one way versus the other because it was very clear that there was tension between the Major League Baseball leadership and the Players Association — that the players wanted to get the season going on schedule and there was some concern about whether or not they should delay it, which would have salary and other implications. I couldn’t get involved in that.

The only thing I said was that, from a public health standpoint, it looks like the cases — if you look at the plotting of the cases — they have peaked, they’re turning around and are starting to come down. And likely, the more time that goes by, the less and less cases we’ll see. Unless — unless — and this is a possibility, we have an unexpected surge related to some of the variants. So I think it would really be a close call and I didn’t want to get into any of the dispute about delay it or not delay it.

I just would say that whatever you do, you’ve got to do as best as you can to protect the players and the people associated with the game because you don’t want them to wind up getting infected. As time goes by, there’ll be more and more vaccines available. And I would imagine within a reasonable period of time the players and everybody else are going to be able to get vaccinated. I don’t think that’s going to happen before the season starts, but I think that would be something that is on the horizon.

Anyway, I didn’t want to take any kind of sides in any dispute because I think it’s an empiric decision. It’s really a judgment call.

Do other professional sports leagues ask for advice, too?

They all have. And that’s the reason why I’m a little gun shy about this because it has gotten taken out of context. They ask me questions that are public health scientific questions, and I give them answers based on solid scientific data. The decision that they make, that’s up to them.

Although cases are trending down, they are still higher than when the 2020 season started on July 23. So are you more or less optimistic that a longer 162-game season can be completed?

The thing that I have some optimism about — but I would have to underscore that it’s cautious optimism — is that, even though the cases are high relative to this time last year, they are on the down slope. And as every day goes by, it looks like it gets less and less. If you look at a month or so ago, we were having 300,000 to 400,000 cases a day. Now for the last few days in a row, we’ve had less than 100,000 cases, which is remarkably diminished.

Let Us Help You Better Understand the Coronavirus